Don't Call the Cops on People for Parenting While Disabled

Michael has quadriplegic cerebral palsy, which affects his whole body, including how he walks and talks. His disability is visible, and because of that, people often assume that he is less capable or aware than he really is. I’ll never forget when we went to Disneyland and a well-meaning employee asked my husband, who had just passed the bar to become a lawyer, “Are you suuure you want to go on Splash Mountain? You might get wet, and then you could be verrry cold!”

Most of the time, this tendency to underestimate Michael is relatively benign. Other times, it can be… let’s just say, problematic. 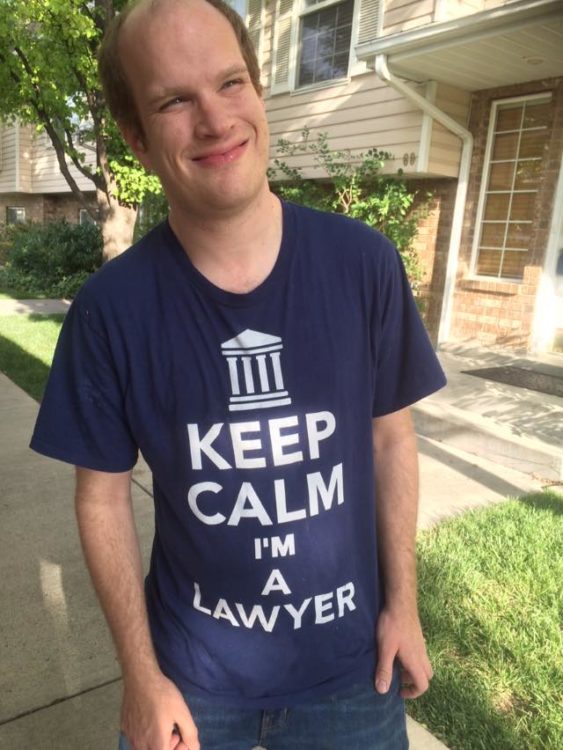 I know the people who called the cops on Michael at the cafe didn’t mean any harm; they just wanted to make sure that a young child was being cared for adequately. But they could have talked to Michael longer, and even if they couldn’t understand him, they could have communicated in other ways.

The second time someone called the cops, our now-toddler was having a tantrum about not getting an ice cream cone at the ice cream store they had walked by and briefly entered for a sample. Our little one was in full tantrum mode, with ruddy cheeks, thrashing and screaming. Someone came by, asked if everything was OK, and couldn’t understand what Michael said.

In some ways, I feel a little more sympathetic to that person because, while our toddler is calm and happy most of the time, his tantrums tend to boil over and be intense. Still, he could have talked to Michael for longer than a few seconds. Instead, he called the police, who came and gave Jeffrey and Michael a ride the 100 yards or so home (we lived just a short walk away from the ice cream store).

I told someone the day after about what had happened, and they said, “Well, I can see both sides,” implying that I didn’t have a right to be upset, or at least that the other person was acting reasonably. Their response still bothers me. Yes, I understand that the person who called the cops was not a bad person. But that doesn’t mean his response was fair or equitable. He could have tried to talk to Michael more. It was a quick and unnecessary escalation to calling the cops.

I’m not willing to say that parents with disabilities are automatically being discriminated against when people check in on their kids, because sometimes disabilities can affect a parent’s ability to care for their children. That’s not a popular thing to say, but it’s been true for both me and Michael — if we didn’t have help, I don’t think we’d be able to meet some of our kid’s needs.

I’m OK with people checking in a little. I’m OK with questions, though I think they should always be delicately put forward if you feel the need to ask someone, and I think that “just being disabled” isn’t a good enough reason for added scrutiny. Rather, if it seems like there is a specific lack, either in a parental duty being completed or in a child’s needs being met, then yeah, see if the kids are OK.

If you do reach out, do so with the intent of offering help; maybe a disabled parent is doing great in almost any way, but they have a difficult time getting the car seat in and out, or need help with a few cleaning tasks. Everyone needs a bit of help or support sometimes.

Yes, there may be situations that require some kind of formal intervention, but the simple fact that a parent is disabled just isn’t one of them. Disabled parents deal with increased scrutiny on a regular basis, and adding to that doesn’t help.

Fortunately, in the internet era, we can learn about all kinds of people and perspectives we might not have run into otherwise, and that’s as true for disabled parents as anyone! There are a lot of disabled parents out there, and most of them are pretty awesome. So if you ever see a disabled person with their kids out and about, chances are, everything is quite all right and they’re rocking it as parents!

Have you experienced discrimination as a disabled parent?

Alizabeth has Chronic Fatigue Syndrome and her husband, Michael, has Cerebral Palsy. They have two kids. Sometimes they tell stories. You can find them at https://www.youtube.com/channel/UC-8GWqVSirsJP2R6tfwGRhQ.

alizabethworley
Want more of The Mighty?
You can find even more stories on our Home page. There, you’ll also find thoughts and questions by our community.
Take Me Home