For my husband and I to get away on a little vacation, we had to arrange care for our 28-year-old son. Born with a diaphragmatic hernia discovered after a complicated birth, he experienced brain damage, leaving him with cerebral palsy. He’s our fourth son and our sixth and last child. His older siblings ranged in ages from 2 to 9 when he was born the beginning of the Christmas season, 1985. This new baby was just another brother in their eyes. My daughters still babied him and dressed him up in funny costumes. My sons wrestled and teased him, as he rightly deserved being the baby of the family. He was included in all family outings. We’ve had caregivers who have assisted us over the past 28 years — mostly people we knew from our church and my parents. We had a few young men who gladly took him to a basketball game or came off the bus with him from school and treated him like one of the gang. We had women I met who loved him as much as we did and wanted a little of his heaven to rub off in their arms. Mostly though, while growing up, his brothers and sisters took care of him if my husband and I wanted a date night.

When we moved from the town he grew up in, we said goodbye to his peers and our friends. His buddies and our children graduated and went on to live their compassed lives. We found ourselves in a new city. He’d aged out of the school system, and we were all set to begin a new season of our life. We found caregivers hard to come by, and they didn’t stick around long even when they were great. It’s tougher for me to get away now, and his care is more difficult only because he’s matured into a young man, and we’ve matured into old people! Some have asked me about our plans for his care in the future. When I quickly and assuredly respond that his siblings will care for him, some have queried, “Is that really fair?” “Do you really think that should be their responsibility?” The questions are delivered in a learned tone, in a redundant fashion; mostly it’s a statement, not a true question. Trying to explain to others what his presence has added to our existence is impossible. 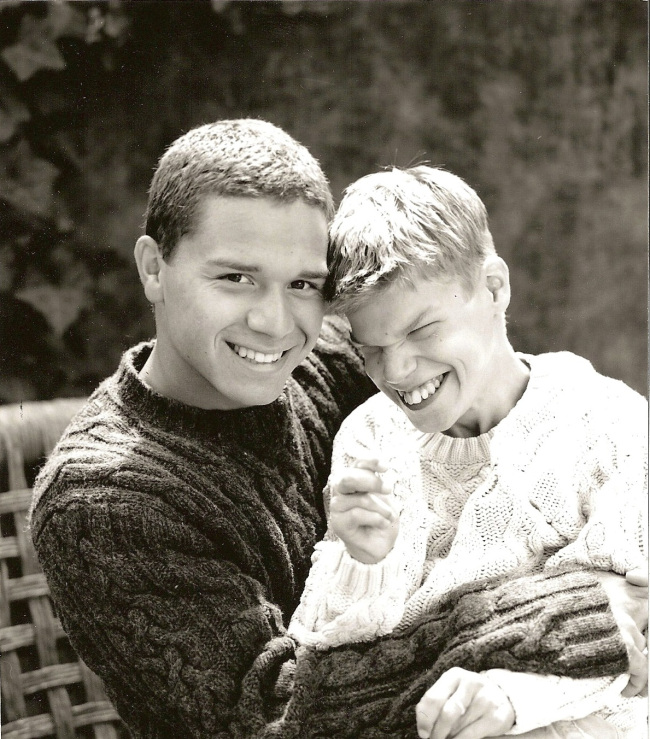 By a stroke of luck, most of our children ended up living near us, and we’re blessed once again with their presence but even more by their babies. When we left this weekend, we dropped him off at our daughter’s home. Her 2-year-old rushed to the door, “Hi, TJ!” she said with as much excitement as if he were Santa. She asks where he is if she doesn’t see him for a few days. She wants gauze taped to her stomach like he has, and the other grandkids fight over who gets to push his chair and feed him. His loud startling laugh doesn’t bother them, and when it upsets another child at a store, they can’t figure out what the big deal is. 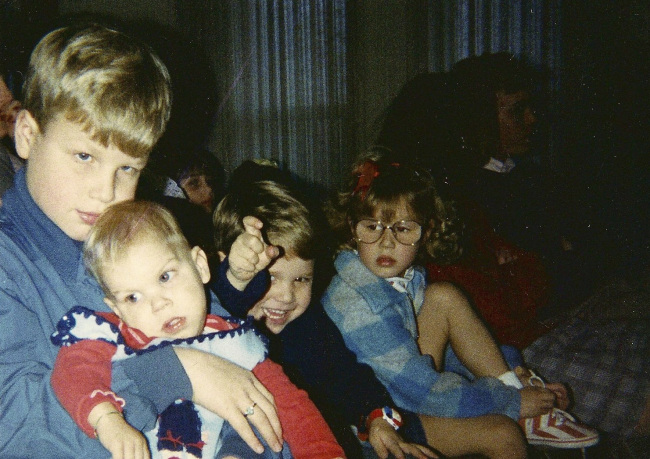 My daughter, with her four children, gladly welcomed him to their home to continue the lesson on loving one another, serving one another, helping those who can’t help themselves and not fearing others who look different, sound different, and yes, slobber. My son and his wife stepped in to help on one of the days. Their 17-month-old loves to climb on his chair and grab his bent and spastic hands. She loves his soft hair and wants to kiss him.

Is it fair? No, it’s not fair that others can’t have a built in angel like we do. Is it their responsibility? Yes, I think it is; just as we taught them to help the guy with the flat tire along the side of the road and the new family who just pulled up with a U-Haul that needs unloading and the widow who needs her lawn mowed and her gutters cleaned out. I’m blessed with a spouse and six souls, given to me for a short time to learn lessons here on earth such as how to love unconditionally, how to love others more than myself, and how to serve others to feel the love that we believe Christ has for all of us. 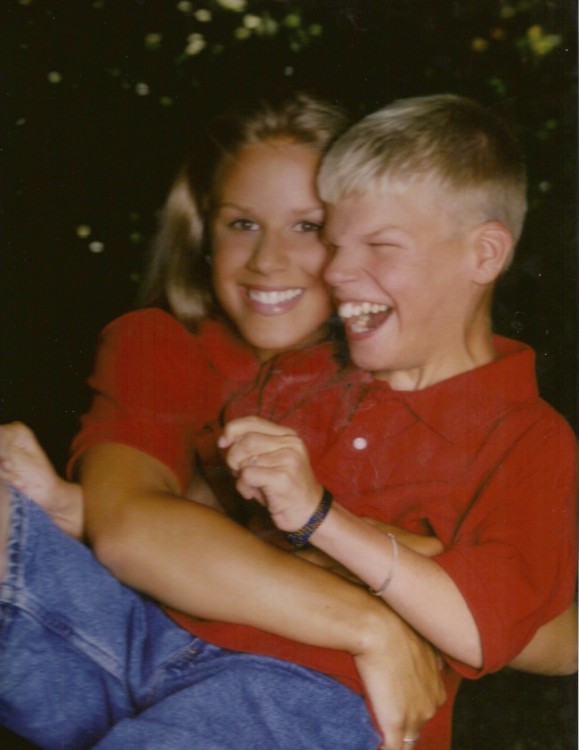 Growing up, Rene’ knew mothering would be her career. She thought maybe 12 children would be best but settled on six. Her husband and she have been married more than 40 years. Their four boys and two daughters have blessed them with 13 grandchildren. Her husband’s retirement has finally given René the ability to begin a family foundation and to complete her first book due out in the spring of 2016.