Why 'Speechless' Matters to the Disability Community -- and the World

Richard Ellenson is CEO of the Cerebral Palsy Foundation.

Tonight, the second season of “Speechless” comes to an end.

“Speechless” is a show that has sent thunderclaps of recognition and empowerment throughout the entire disability community. It leaves us in its season finale with the DiMeo family sharing a warm, if slightly odd moment together: looking up at the stars and out toward the future with a sense so many of us share: desperate belief coupled with torrential uncertainty.

We all know the statistics that one in five people is disabled. By some definitions, I could be seen as disabled: I wear glasses. And if Hollywood were to come back at us with that perspective, they could claim that nearly all shows on TV have someone who is disabled.

But that’s not really right, is it?

“Speechless” has changed that. “Speechless” — a show that includes a child with cerebral palsy who cannot speak verbally — has given our world a voice.

The cast of “Speechless” has given us a new way to see ourselves: with humor, and with the courage to look a bit deeper at what makes us tick. It shows us the complex condition that is not just cerebral palsy, but a family with cerebral palsy.

Take Micah Fowler, whose nuanced and insightful acting has allowed so many to acknowledge the frustration and disappointments that can be part of life with CP, but also forced us to look past disability to see the vibrant engagement and desire that is too often missed. Or John Ross Bowie, who has created a textured and nuanced sense of a father torn between an infinity of love toward his son and his inability to fully deal with that emotion. Or Cedric Yarbrough, who has brought a veritable Greek chorus to the role of Kenneth. Or the bold work by Minnie, Mason, and Kyla to inhabit characters who are trying to balance a family while also trying to define their own true center.

Who among us doesn’t need to see the brave exposed complexity of this family’s life to help us figure out our own? And isn’t that the purpose of art? 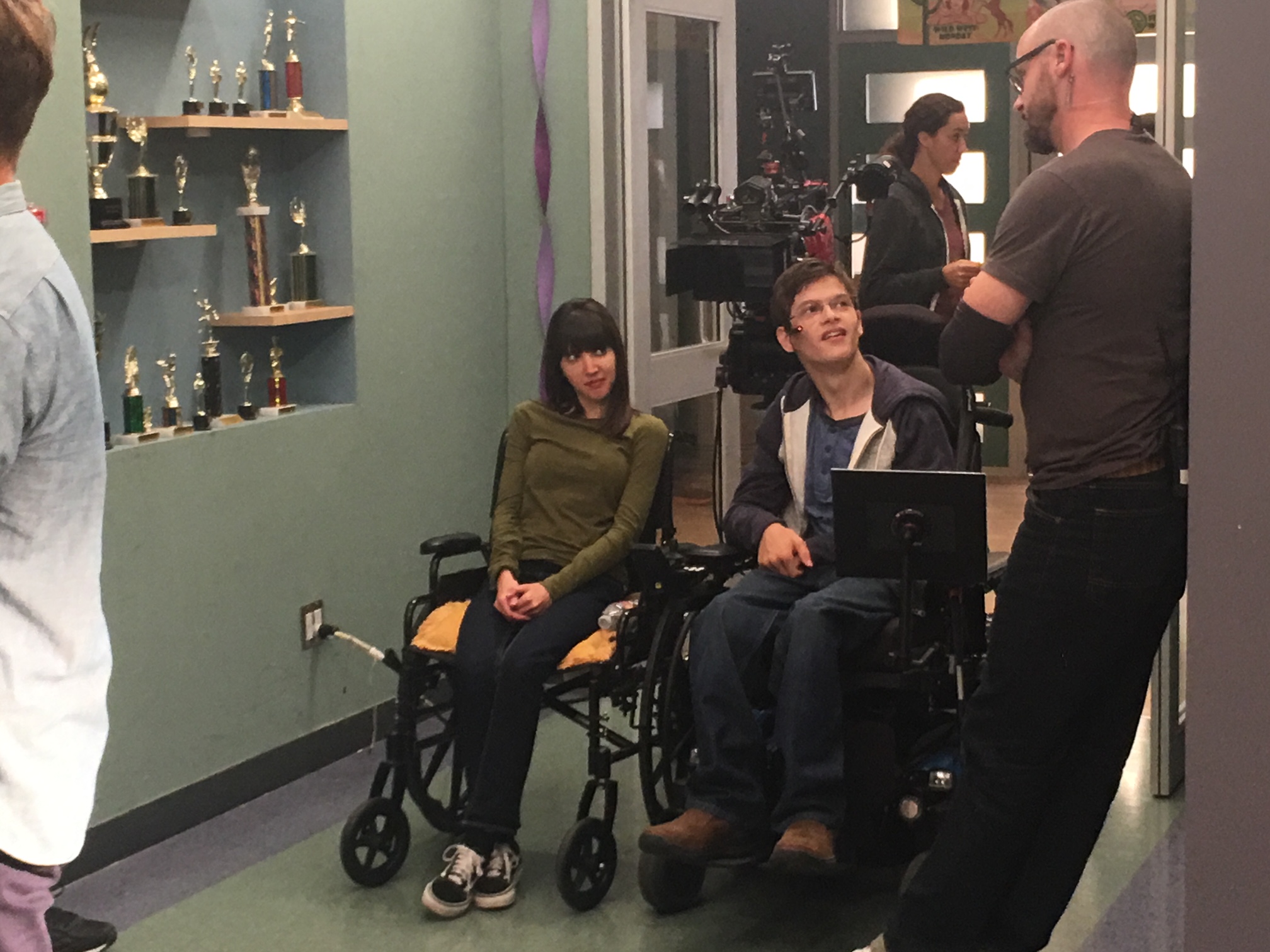 The everyday world has not had a difficult time finding sadness and perceiving tragedy in the world of cerebral palsy and similar disabilities. And heaven knows, it is there when one looks. In fact, many of us have had moments this year which are all but unbearable: moments which test faith and belief. However, the world has rarely been able to see the more important aspects of disabilities: humor, kindness, and most of all, living a full life.

Speechless has done so much right to help change this. Scott Silveri, whose humanity finds a way into every decision he makes, has not only created a vehicle to honor his brother, but to honor every one of us. Surely it must have been a journey for him to find the universal within his own personal experience and reach out to so many others to help guide his way.

This season of “Speechless” ends with a profound sense many of us who are touched by disabilities have experienced: that we grow as time goes on. The DiMeos have grown. The show has grown. The writers have grown. The production teams have grown. We have all grown: even us as an audience. 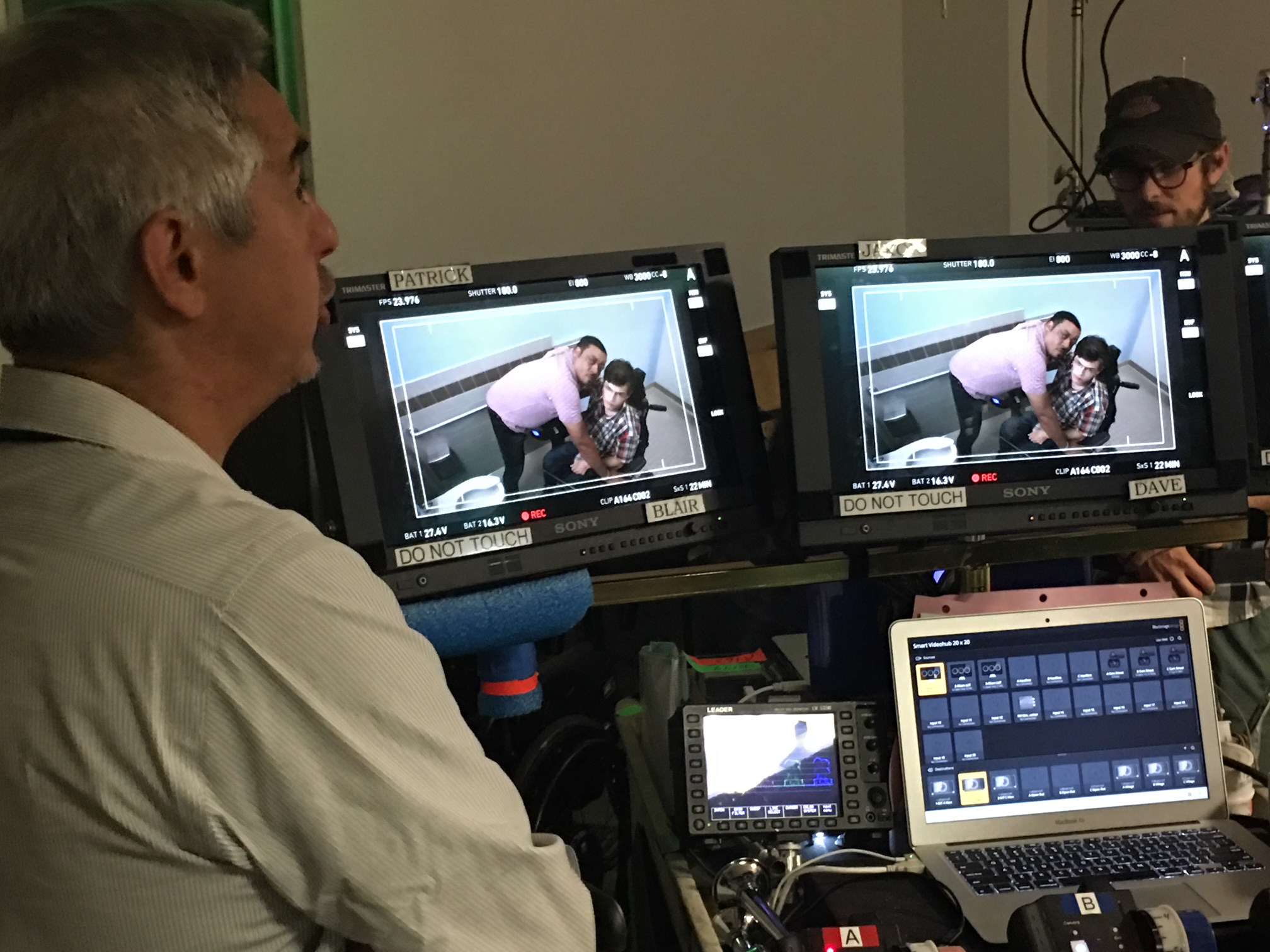 New characters have joined the show as guest stars or recurring roles, and each time they bring the authenticity of having the actual disability of their character. More and more, “Speechless” has taken on truly difficult topics: the challenges of dating, going to college, finding one’s passion in life, wrestling with ambition, and even tackling the complexity of simple friendships in our world. In doing so, “Speechless” has found something unique: it has begun to challenge the conventions of the sitcom. Sitcoms have a formula: problem, laugh, solution. But those of us who live a life affected by disability know it’s not that simple. The arc of our life is different: it is problem, laugh if you can, and sometimes accept irresolution.

In tonight’s episode, as the DiMeos look up into the sky, that word defines the moment: irresolution. The show fully embraces it, just as we must.

How big an impact has “Speechless” had? It can’t be overstated. Nor can the anticipation for its future: for how much more it is sure to grow and move us all forward.

“Speechless” has had a great impact on the people who have been involved in it. Today, Micah Fowler has an enormous role in the world of disabilities. The grace JJ shows riding fictional ups and downs is matched by Micah’s personal grace in riding what surely is a soaring sequence of continual ups. His role not only as Cerebral Palsy Foundation’s ambassador, but as a meaningful presence at so many events, has affected so many.

Zach Anner, a man with CP and one of our great creative minds, a man whose presence on YouTube gets him stopped often by people in the street, has become a writer on the show, moved to Los Angeles and found a comfortable place in that larger creative community.

Jessy Yates, who appeared in this year’s episode “S-H-Shipping,” was just accepted into The Yale School of Drama – the first actress in a wheelchair to have that honor.

And my son Thomas, who had a small role in last year’s episode “The C-L-CLUB,” was just accepted into SUNY/Purchase, in their Theater department: a first for a nonverbal individual.

Each of these moments blazes trails for us all. Each one shows what is possible. Each one defies a convention and breaks a barrier, just as surely as “Speechless” broke barriers.

But if you are one of the tens of millions of people in the US who have gone for decades – no, make that forever – without having someone tell you it’s OK to fumble a bit through life and laugh at it, “Speechless” is also something else.

Have a great Wednesday evening. If you happen to be watching TV at 8:30, we’re sure you will.

People with cerebral palsy rarely get the interventions and supports they need at the moments they need them. As such, their lives are often deeply and unnecessarily affected. The Cerebral Palsy Foundation defines and addresses Moments of Impact – the times at which interventions and insights, if properly implemented, have the power to change lives. We then work to better understand how to effect change and implement it. We seek out the best thinkers to form collaborative networks which work together to bring about transformation. Finally, we share our work with others so it will have the greatest possible impact. Our Collaborative Networks bring together many of the country’s most prestigious medical institutions, as well as innovative thinkers in diverse areas such as technology and media, in order to accelerate not only the development of critical advances, but also their delivery. While our work of course includes important strides being made toward the eventual prevention of cerebral palsy and developmental disabilities, our focus is on the translational research, clinical application and knowledge transfer that can dramatically change lives today. --Richard Ellenson, CEO, Cerebral Palsy Foundation