When a Stranger in the Restaurant Commented on My Husband's Parenting

Our lives changed drastically in October of 2013. At just 25 weeks of pregnancy, our firstborn son came into the world on his father’s birthday tipping the scales at just 1 pound and 3 ounces. We were terrified, thrust into the world of extreme prematurity. There’s no preparation, no way to be ready for the roller coaster ride that is the NICU.

Our Avery spent 16 weeks there. He endured five weeks on a ventilator and heart surgery. He had more blood transfusions than I care to remember. Around the clock respiratory treatments. Twice we sat by his isolette, eyes red from crying, prepared to say goodbye to him. But slowly, he grew bigger and stronger. Our “wimpy little boy” fought back. And 111 days after his birth, we walked out the hospital doors one final time and brought him home.

He came with equipment. The oxygen tubing and monitor to check his level were daunting. The shrieking alarm would wake us from a dead sleep. I’m thankful, in retrospect, that every alarm he had was false. The worst thing by far was his awful reflux. After eating he had to be held upright for 30 minutes to prevent vomiting. Despite three medications, more times than not he’d still throw up. Ten years earlier my firstborn daughter’s pediatrician told me reflux was “a laundry issue.” With Avery (and with Abby before him), it was much more. It was terrifying and dangerous. Milk would spew from his nose and fill his oxygen tubing.

It was mid February and the middle of RSV season when we came home with him. Micro preemies are especially at risk for contracting this respiratory illness and notorious for landing back on ventilators. We were advised to stay home with him. After all, with the challenges he already had, the last thing we wanted was to be back in the hospital. So I stayed home. His oxygen condenser kept us contained to one room in our house. For two months. I rarely left, and he only left the house for appointments.

By the end of April, RSV season was winding down, and we got the OK to bring him out. We made big plans. We decided to go out to dinner and walk around the mall. We vowed to keep him covered and minimize his contact.

It happened at dinner. He was hungry so we fed him, and my husband Arick nobly volunteered to hold him (to prevent vomiting ) and simultaneously attempt to eat dinner. It wasn’t long before he vomited. All over Arick’s shirt. We cleaned him off, cleaned Arick up and resumed our meal. Arick was now in his undershirt, and I was holding Avery. For a few minutes it seemed like things were calming down. Until he vomited on me too. Again, we cleaned him up and cleaned me up, but we’d had enough. We requested to-go boxes and decided to call it a night.

We were unaware that all of this had attracted the attention of our neighbors. Looking back, how could it not have? I mean, it was clear Avery wasn’t a “normal” child. They could see the oxygen cannula on his face, his tank in the stroller and hear the violating alarm of his monitor as it erroneously alarmed. They were middle aged and decked out head-to-toe in biker leather. The husband’s eyes met Arick’s. “How old is he?” “Almost 6 months,” Arick relied. The man must have seen the desperation in our eyes, felt the tension between us. Our first time attempting to go out had been an epic failure. On their way out, the couple walked over to our table. For a few minutes they admired Avery, but it was what that man said before they left that will stick with me forever. He put a heavy hand on my husband”s shoulder. “I want you to know, being a dad isn’t easy. But you. You’re doing a great job.” He looked at me. “You both are.”

He wasn’t saying I wasn’t an equally good mother. But in their 30 minutes beside us, they witnessed in Arick something rare. A young man with a drastically altered life. Smiling through it all without a single complaint.

Since that Friday night a year ago, our son has been diagnosed with cerebral palsy and polymicrogyria, a brain malformation. We are what we didn’t know we were. Special needs parents. With open hearts and minds we face each new day.

So to that couple we encountered, I want to say thank you. Thank you for brightening our night. For acknowledging what an awesome father Avery has. For, despite the fact that we were strangers, praising us. You could have asked questions. “What’s wrong with him” The one I dread most. But you didn’t. Instead you uplifted us. A brief moment of calm in the storm. Thank you, loving and gracious strangers, from the bottom of our hearts. 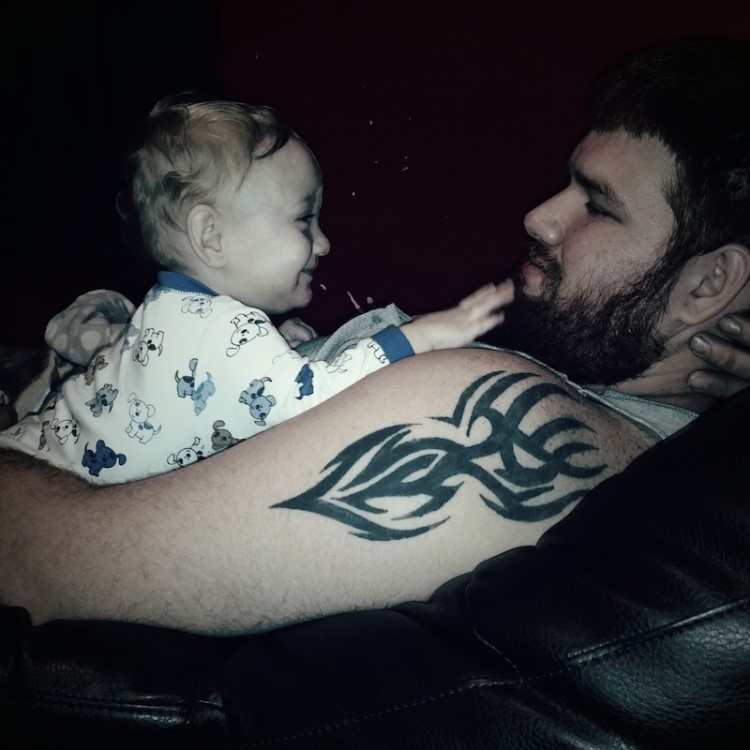 The Mighty is asking its readers the following: Describe the moment a stranger — or someone you don’t know very well — showed you or a loved one incredible love. No gesture is too small! If you’d like to participate, please send a blog posttocommunity@themighty.com. Please  include a photo for the piece, a photo of yourself and 1-2 sentence bio.

I am Mom to 17-year-old Abby and 8-year-old Avery. Avery’s premature birth at 25 weeks and consequent cerebral palsy and polymicrogyria diagnoses were my catalysts into the world of special needs. I am an avid reader, writer and a two time preeclampsia survivor. If I’m not at my computer, I’m likely off creating something!

stephanie-hartman
Want more of The Mighty?
You can find even more stories on our Home page. There, you’ll also find thoughts and questions by our community.
Take Me Home