When You're Experiencing Breathing Problems With Charcot-Marie-Tooth Disease

Though Charcot-Marie-Tooth disease (CMT) is rarely fatal, respiratory complications are one of the ways it’s possible to die from CMT. Breathing requires the coordinated movement of several muscle groups; the diaphragm and abdominal muscles, the intercostal muscles that expand your rib cage, and even the bulbar muscles in your neck. It’s possible for Charcot-Marie-Tooth to cause damage to the nerves that power these muscles, resulting in weakness, atrophy, and respiratory insufficiency. But the symptoms of respiratory problems in people with neuropathy aren’t well known, even among doctors. It’s usually more subtle than simply feeling short of breath, so people often attribute their symptoms to other causes.

Hypercapnia
The first sign of breathing problems in CMT usually isn’t shortness of breath; it’s hypercapnia, the retention of carbon dioxide. The symptoms generally begin to be noticeable at night, because your weakened diaphragm is being pressed on by the contents of your abdomen and your chest can’t expand fully while lying flat. When you’re breathing shallowly at night, the carbon dioxide in your lungs isn’t being exhaled completely, and it begins to build up in your blood. Symptoms include headaches, fatigue, difficulty concentrating or staying awake during the day, and restless sleep. You may have anxiety when lying flat, nightmares, or unusually vivid dreams from your REM sleep being interrupted.

During the day, you might have difficulty making yourself heard when speaking, or find that your sentences are trailing off because you have to take a breath in the middle of them. You may also catch yourself using your shoulder and neck muscles to help you get a breath, or notice that your diaphragm is retracting with the effort to breathe.

If the carbon dioxide buildup isn’t stopped, you may experience an altered mental state. You may become confused, and have others tell you you’re not making sense when you speak. You may “black out”; your brain temporarily losing the ability to form short-term memories. You might even lose consciousness. In a serious respiratory crisis like this, emergency room doctors may decide to perform a tracheostomy and put you on a ventilator.

If you’re experiencing any of the above symptoms, you can avoid a crisis by using a BiPap machine with a facemask at night. It will assist your natural breathing by helping you take deeper breaths while you sleep, which will exhale the excess carbon dioxide. You’ll wake up feeling refreshed, with more energy to breathe deeply during the day.

People with more severe forms of CMT may eventually find that they need ventilatory support in the day-time as well. That can also be provided noninvasively, with either a facemask or a mouthpiece, for people who wish to avoid a tracheostomy tube.

Weak cough
When the respiratory muscles are too weak to provide an effective cough, mucus can build up in the lungs, trapping bacteria and preventing oxygen from getting in. To prevent pneumonia, you could use an “assisted coughing” method like having somebody push up sharply on your diaphragm while you cough. There are also postural drainage techniques that can make it easier to dislodge and cough up mucus, by raising your hips above your head and shoulders when you’re lying down. The most effective way of clearing your lungs is a noninvasive machine called the Cough Assist; it inflates your lungs via facemask or trach tube, then pulls it and the mucus out again.

What’s wrong with getting extra oxygen?
When you get supplemental oxygen, the higher levels of O2 in your blood trick the respiratory center in your brain into thinking that you’re breathing more deeply than you really are. Your brain decides it’s safe to take it easy and put less effort into breathing. Extra carbon dioxide will quickly build up to dangerous levels, eventually overwhelming the oxygen being carried by your blood. In extreme cases, you could suffocate, and require emergency intubation and invasive ventilation. Dr. John Bach, who literally wrote the book on pulmonary rehabilitation, often says that “Giving oxygen [to patients with neuromuscular diseases] is like applying a Band-Aid to cancer.”

What can I do to prevent respiratory complications?
It’s important to be proactive when it comes to your breathing. If you delay getting care for breathing problems, you may put yourself at risk for a respiratory crisis or pneumonia. The first thing to do is get a baseline pulmonary function test from a pulmonologist who’s been trained in how to manage patients with neuromuscular diseases. Not all of them understand our unique needs, so it’s best to get a recommendation from an HNF Center of Excellence. Follow up on this regularly (about once a year) to check for any changes or decline.

Part of the test is checking your carbon dioxide levels. This can be done one of two ways; either by the traditional arterial blood gases (ABG) test, or by measuring the amount you exhale with a capnometer. Opinions vary as to which method is more accurate, but if you have a fear of needles, you can seek out a doctor who will use a capnometer instead.

Most importantly, always listen to your body. Don’t delay bringing up any concerns about your breathing with your doctor in hopes they’ll go away. Once your respiratory function has been addressed, you’ll breathe easier. 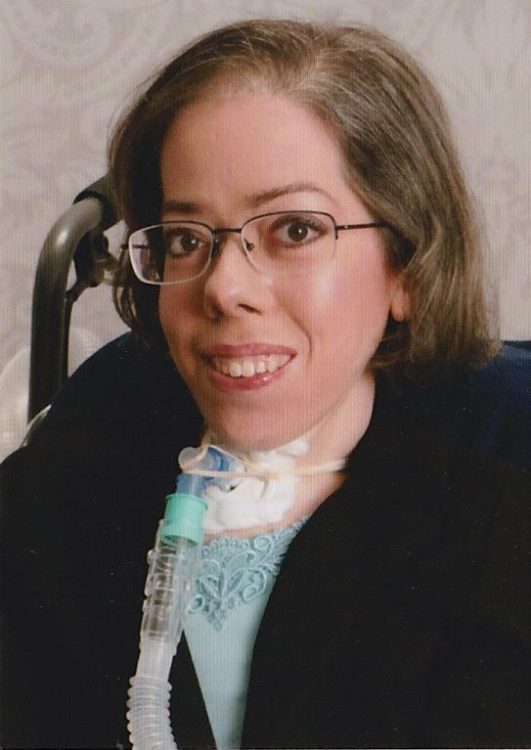 The Hereditary Neuropathy Foundation’s mission is to increase awareness and accurate diagnosis of Charcot-Marie-Tooth (CMT) and related inherited neuropathies, support patients and families with critical information to improve quality of life, and fund research that will lead to treatments and cures.

hereditaryneuropathyfoundation
Want more of The Mighty?
You can find even more stories on our Home page. There, you’ll also find thoughts and questions by our community.
Take Me Home