How My Son Showed Me How to Live With CMT

“His test came back positive for what? Sure, that explains a lot, but what’s it called again?” I asked stunned and bewildered. “CHär/- Kät/ -Merēd -Tooth,” which sounded just wrong when he said it. I guess it sounds strange any way you say it, but he was completely butchering the French pronunciation of my son’s disease. We are all French, can you blame me? The takeaway was that our beloved 7-year old son, Yohan, had a progressive disease of the nerves, with no treatment or cure, which would make his muscles weak and useless over time. I felt dead inside for a very long time.

My world shattered into millions of pieces that day, and I never thought we’d be able to pick up all the scattered bits to reformulate our dreams, our hopes and our wishes for our son and our family. This reassessment took time, effort, and a lot of soul-searching, but we managed to accept the diagnosis and manage the Charcot-Marie-Tooth disease (CMT) the best we could… one day at a time.

As a mom, it was tough watching my child struggle with pain, braces, physical limitations and obvious differences. Maternal instinct ordered me to protect, shelter, cajole and especially do something — anything — to make the world a friendlier, more secure place for him.

For a while, school also became an inhospitable place, and bullies had their way of ruining a perfectly good day. Yohan’s self-esteem and self-confidence took major hits and his anxiety skyrocketed. The more I tried to lessen his burden by catering to his needs and lightening his load, the more resentful and withdrawn he became. Unknowingly, I was giving him the message he should not go out of his comfort zone because the world is a dangerous, scary place. And I was setting him up to be reliant on me for simple tasks he was able to do all by himself.

We found an excellent therapist whose specialty was counseling kids with medical issues. Our goal was to empower him by making him accountable for his actions, giving him more and more responsibility and providing him the space he needed to become autonomous and independent.

Sounds pretty good on paper, but implementation was another story.

On one of our many trips to Vermont, Yohan wanted to try snowboarding. I subtly, but unsuccessfully, tried to talk him out of it because I did not want him to get hurt or fail. He has CMT-related back issues (kyphoscoliosis), tight calves and heel chords.

I assumed the worse. In my frightened mind, he had at least a 75 percent, maybe 80 percent chance of falling in the powdered snow, way over his head, and suffocating because he would not be able to stand up.

With the least amount of enthusiasm you can imagine, I rented the snowboarding equipment, grumbling under my breath the whole time, and when father and son left early one morning after Christmas, I stayed home and tried to keep very busy, blotting out what was happening on the slopes.

Later that day, after what seemed like an eternity, Yohan burst through the door still in one piece and with a look of content satisfaction on his face. “I loved it!” he blurted out proudly. “I’m going to take this on seriously! I had such a great day!” 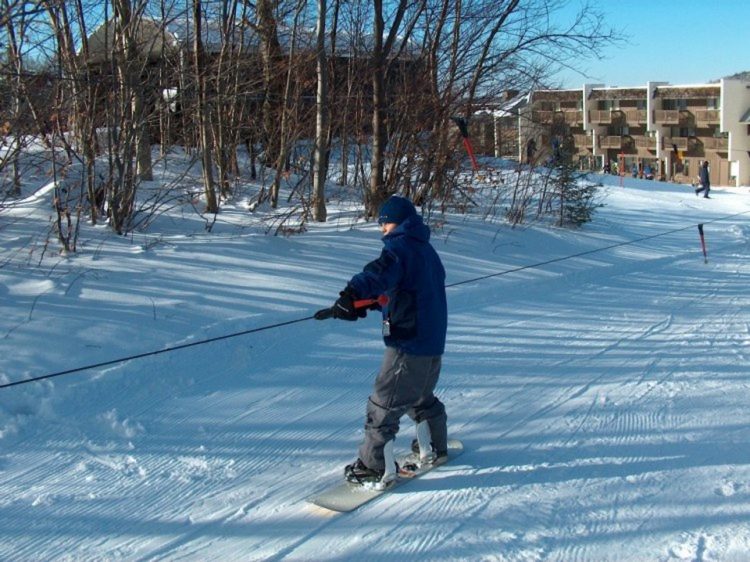 Like many first-time snowboarders, Yohan took a good many tumbles and falls in the snow, but he was confident in his abilities. He knew what he wanted, so he left home with determination and a can-do attitude, and came back fulfilled with a sense of accomplishment.

That event was followed by many more like it and served to reinforce what I already knew as a parent, but still found difficult to wrap my head around. Even though Yohan has CMT, there are many things he can do with the right support, guidance and freedom.  Gilles, my husband, was exemplary in providing many unique opportunities for him to explore his surroundings. An avid skier, mountain climber, biker, etc., he went out of his way to find activities that he and Yohan could do together, as a team. I am so grateful for my husband’s patience, effort and time with Yohan, as his childhood was full of fun adventures and learning experiences. I wasn’t as thrilled about some of these outings at the time, but I usually saw the photos after the fact and they speak for themselves. These are memories — good and bad — to last a lifetime! 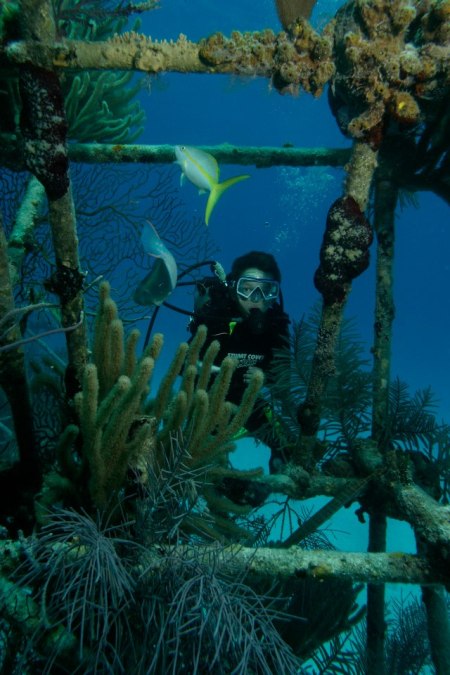 As parents, if we do not encourage our children to dream big, they might never know all the beauty, wonder, opportunity this world holds.

When our son was diagnosed with Charcot-Marie-Tooth (CMT) disease at age 7, our lives turned upside down. Known as a heritable condition, our son, Yohan, was the first in our family to have this disease, which is usually passed on from parent to child. With the help of friends, family, and others with CMT, we moved forward and got integrally involved with the Charcot-Marie-Tooth Association (CMTA) to make an impact in our child's life and the lives of the 2.8 million people worldwide. My husband and I are both intimately involved with the CMTA community, raising awareness, working with scientists for long-awaited treatments, and helping others cope and manage the devastating effects of this progressive disease. I started a blog: True Stories About Living With CMT and Other Relevant, But Unrelated Tales (https://bestfoot4wardblog.com/) to chronicle our experiences with this devastating disorder. As much as possible, I keep the focus on upbeat and funny stories and hope to relate to as many people as possible who have CMT and other similar disorders, providing hope, encouragement, and laughter. For more information on CMT, please visit www.cmtausa.org

elizabethouellette2
Want more of The Mighty?
You can find even more stories on our Home page. There, you’ll also find thoughts and questions by our community.
Take Me Home