My Medically Fragile Son Is Getting Better, but Here's Why I'm Still Terrified

Over the past three years, most of the updates on my son, Branko, and his health were plagued with negativity. Branko is medically fragile and has a chromosome 12 microdeletion. It’s not like we wanted to make everyone we spoke to feel like a pile of garbage, but things were just really bad for a while.

Fast forward to spring 2015, AKA the time when everything good happened at once. Branko started more intensive physiotherapy in March and took his first steps less than three months later. After some positive test results at the hospital, we received the go-ahead to start weaning him off supplemental oxygen. As of this week, he is now completely oxygen-free. Branko received a highly coveted spot in a specialized, therapeutic junior kindergarten program for September. We also recently convinced him to start eating corn.

Even though these are all amazing things, I can’t help but be a bit nervous. We were deep within high-alert panic territory for so long and now we’re venturing into slightly more relaxed terrain. There are things that don’t come naturally to me anymore. There are other things that outright terrify me. 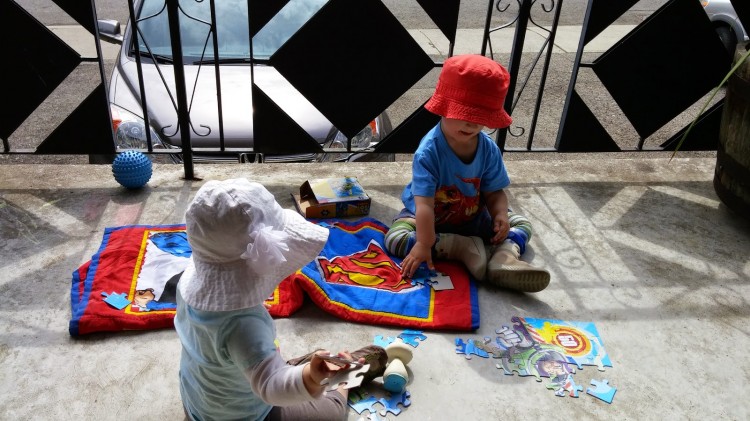 I have forgotten how to have a regular conversation. I never asked anyone else how they were, how their kids were or where they were planning to go that summer. It’s not like I didn’t care, it’s just that my mind was mushy. Each time I attempted a regular conversation, my mind would clog with worry. Is his oxygen high enough? Is his heart rate too high? Is he dehydrated? Did I label his food in the nasty hospital fridge? Whenever Branko was in the hospital, especially the PICU, my mind would solely be reserved for him. I would memorize his ventilator settings and morphine drip concentrations for no other reason than to feel like a more useful part of his team.

In addition to having to re-learn how to talk to my friends, I need to get used to taking him out in his new, oxygen-free state. In crowded, public spaces, nothing screams “Back the ‘truck up’” like a nasal cannula on a kid’s face. People make room for you. Yes, there may be pitiful stares and intrusive questions but, for the most part, you don’t have to wait for a swing at the park. I have been told to “Go ahead, dear” in checkout lines more times than I can count. Of course, the flip side of these niceties is that I began to expect them and became quite confused every time someone didn’t let us go to the front of a line.

Now that he’s off oxygen and can walk with support, I fear that he’s going to pass for “normal.” I’m afraid people aren’t going to be extra careful with him. I have no desire for people to treat him just like everyone else because he’s not like everyone else. He has fragile bones and arms that don’t quite work the same as “normal” ones do. He has a high pain tolerance as well, so it’s not always clear when there’s a serious injury.

We can do so many things now that he’s off oxygen – road trips, staying at a hotel, and flying on a plane – and these are the things I need to focus on. For the first time, there’s room in his wagon for his little sister to sit. I can now see his entire tiny face and spot his boogers from a mile away. We have so many wonderful adventures ahead of us. I just hope I can always remember, even vaguely, how hard things used to be.

This post originally appeared on Branko Has Funny Bones.

jennifer-philp-zakic
Want more of The Mighty?
You can find even more stories on our Home page. There, you’ll also find thoughts and questions by our community.
Take Me Home