As a self-certified, part-time, special-needs mama blogger, I read all the stuff. I’m borderline obsessive with reading every single tiny thing out there that might have anything to do with children with special needs, or more specifically, rare genetic diseases. I may have even reached out to you (yes, you!) over the past year. And you probably ignored me. But that’s fine. You were probably busy calling insurance companies, dashing to appointments and changing your kid’s umpteenth diaper of the day. I forgive you.

But there’s one sentiment I can’t overlook, one that insidiously appears in the lexicon of parents who are going through something really bad, something unexpected and awful, something that hits them especially hard, usually somewhere in the gut. A bout of pneumonia. A hospital-acquired infection. Uncontrolled seizures. A surprise G-tube surgery. A lengthy NICU stay.

“At least he isn’t going home with an oxygen tank.”

I’ve read this sentence too many times. And it stings. It’s weird and gross and makes me feel icky inside. These feelings are partly due to the fact that my son spent 17 months on home oxygen. And even though he is recovering nicely, I still feel all the feelings.

With my son’s lung disease, we could do two things: a) wait for those pesky lungs to just, you know, grow, and b) stay away from absolutely everyone in the world, as well as anything exciting going on in the world, in the hopes for a virus-free kid. Our story had a happy ending: we were able to wean my son off oxygen slowly, and now he’s a walking, talking, slightly argumentative 4-year old boy.

It wasn’t so bad, having an oxygen tank lingering around him all the time. It was just one more thing to pack in the car, like diapers or sippy cups full of milk. The only difference was that running out of oxygen wasn’t a problem that could be solved with a trip to the 7-11.

But I’m not here to talk about my son. I want to address this silly game we play with other kids.

I will begrudgingly admit, I used to play the “at least it’s not (fill-in-the-blank)” game. I used to scan the main foyer of our children’s hospital and think, At least he’s not them.

What I didn’t notice at the time were the other parents playing the same game with the other children, perhaps even playing it with my son.

At least it’s not cancer.

At least he can swallow.

At least he can breathe on his own.

Even though it may be comforting to think these thoughts when faced with an awful and unpredictable situation, it won’t actually help. Saying these things, even in the confines of your private life or personal blog, doesn’t help anyone.

Can we all agree to stop playing this game? There are no winners. Saying “it could be worse” is one thing, but using another person’s actual, real-life situation, such as having cancer or depending on supplemental oxygen, is denigrating. It belittles those who have kids going through chemotherapy, who have trouble walking or talking, or who require an extensive list of medical equipment in order to eat or breathe properly.

It’s only the beginning. 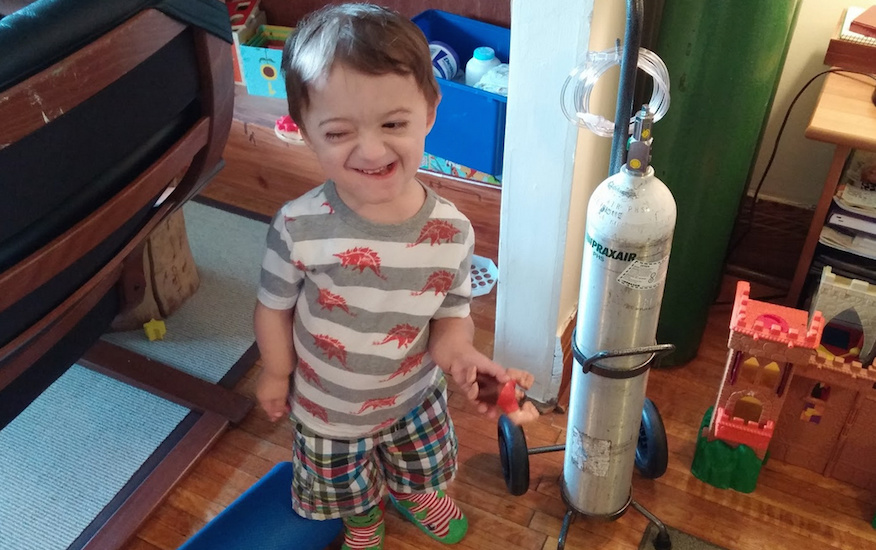 jennifer-philp-zakic
Want more of The Mighty?
You can find even more stories on our Home page. There, you’ll also find thoughts and questions by our community.
Take Me Home