When Non-Doctors Give You Medical Advice About Your Child

I’m not a doctor. I haven’t even made it to Season 4 of “Grey’s Anatomy” — yet. However, my son, Branko, attracts a lot of attention from amateur doctors, people who think they know a thing or two about medical science. Here are a handful of medical clichés people have shared with me over the years:

Personally, I think that’s a really bad idea, but beyond that, I’m pretty sure I wouldn’t let my son out of the house if the flu shot were unavailable. For him, influenza means a hospital visit with the possibility of a surprise intubation. (And FYI, a surprise intubation isn’t any more exciting and fun than a planned intubation.)

If you don’t want to get the flu shot, that’s fine. But please don’t tell me about it, because I will literally obsess over whether you have sniffles or not until flu season is over. And please, never mention that the flu vaccine “doesn’t work.” For my own sanity, I need to believe that it works.

2. My best friend’s cousin’s daughter’s aunt had the same thing as him and she’s fine now.

Part of the reason why I started writing about my son’s medical condition was to make the complexities of his condition more clear, for both myself and the people in our lives. He has a one-of-a-kind genetic condition; there isn’t even a name for what he has. No one else’s symptoms are quite like Branko’s. Nobody. No one. Zilch.

By casually mentioning someone had something similar and is now “fine,” the severity of his condition is downplayed. It’s a bit insulting. Having bones like his — ones that randomly grow however and wherever they feel like — is serious business. It’s not a sunburn. It’s not a canker sore. It’s not even the same as when your friend, Sammy, had a cast for two weeks after falling off a Pogo Ball.

Also, what does exactly “fine” even mean? Is “fine” the same as being an average, healthy person who doesn’t need a mobility device? We aren’t really striving for a typical definition of “fine” over here; I suppose our definition is a bit more relaxed. “Fine” at our house means happy and stable, whether he’s in a wheelchair, a hospital bed or running around the backyard with no pants on.

3. All those chemicals and drugs can’t be good for him.

There seems to be a growing trend where completely sane and rational people, without a chemistry degree in sight, all of a sudden become experts on the chemicals in our daily lives. My son wouldn’t be alive today without plastics, drugs or vaccines. Please don’t be offended if you catch me rolling my eyes during most conversations about the avoidance of preservatives, food coloring, GMOs, sunscreen or Kraft dinners.

I once saw a person wrinkle her nose when I said we were giving Branko morphine as part of his pain-management plan. He had just had major orthopedic surgery on both legs, in which the bones were literally ripped apart and put in again with metal rods.

“Should you be giving morphine to a child so young?” she asked.

All of a sudden, I was frightened of “Big Bad Morphine.” I second-guessed myself at first, but my gut said stick to the plan. Turns out, doctors usually know what they’re doing. Morphine worked wonders for Branko, getting him through the initial, more painful period, and allowing his bones to heal.

4. It sounds like he’s been misdiagnosed. He should try going to (fill in the blank) hospital.

Uh-oh. Wait. Not only is this very confusing information, coming from someone who isn’t a doctor, but it also makes me nervous. Have I been doing everything wrong? Should I drive six hours to that other children’s hospital? Are there other surgeons with more experience who I should be seeking out? Why do I suck at being a hospital mom?

This advice came to me from another mom of a boy with a genetic disease. She felt strongly that Branko was misdiagnosed and had the same thing as her son.

Perhaps she felt we might have a stronger connection if our kids had the same thing. She had a negative experience at our hospital and felt a need to sway people from it. Some would definitely find her advice helpful; I found it a bit sad. We had a chance to bond over our shared experiences, to be special-needs-mom allies, partners in crime. But it didn’t turn out that way. 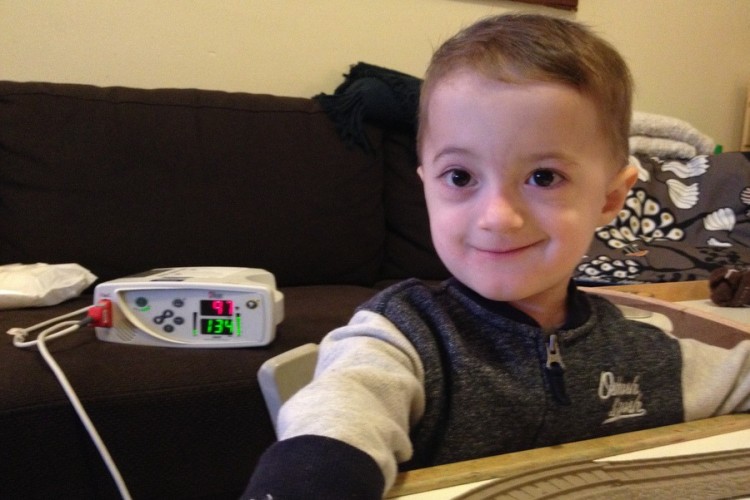