Transcript of 'The ME Adventures: Energy and Exertion' By Laura Chamberlain

Transcript of Laura Chamberlain’s comic about the difference between chronic fatigue and just being tired. 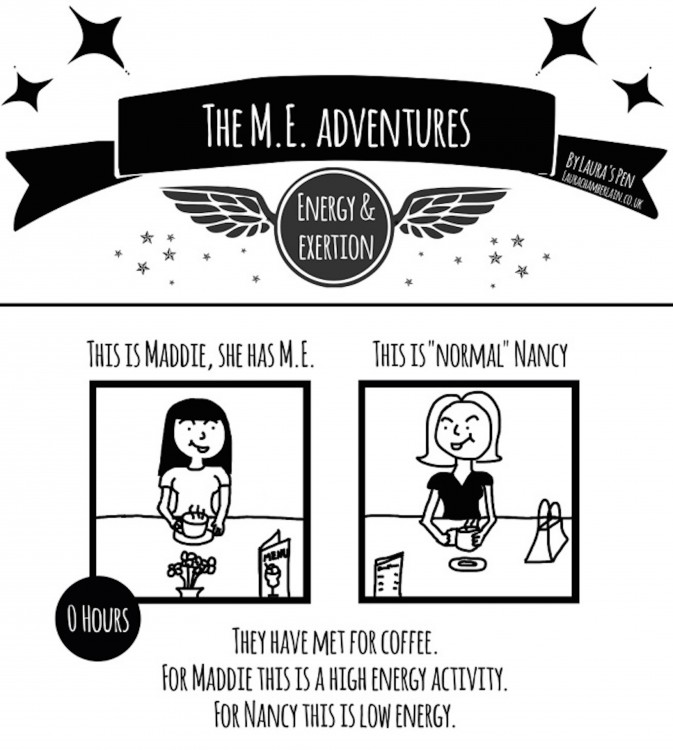 The title of the comic is “The ME Adventures: Energy and Exertion” by Laura’s Pen, laurachamberlain.co.uk.

The first section is labeled “0 hours” and has a drawing of a woman sitting at a table with a cup of coffee. The caption says “This is Maddie, she has ME.” Next to that is a drawing of a woman also sitting at a table drinking coffee, and the caption says, “This is ‘Normal’ Nancy.” Below the drawings it says, “They have met for coffee. For Maddie this is a high energy activity. For Nancy this is low energy.” 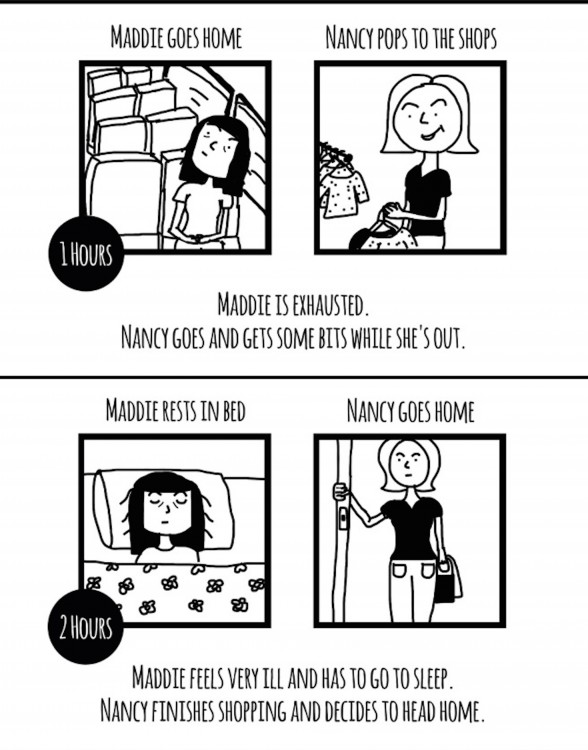 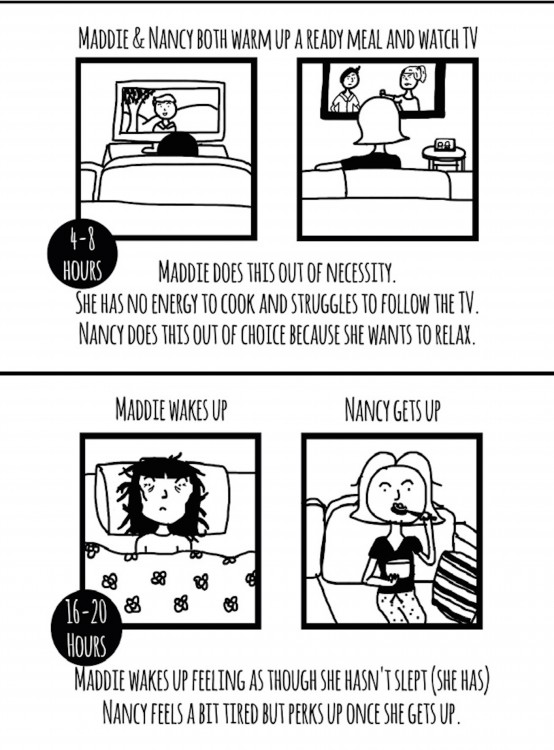 The next section is labeled “16 to 20 hours.” There is a drawing of Maddie in bed looking tired. The caption says “Maddie wakes up.” Next to that is a drawing of Nancy brushing her teeth. The caption says, “Nancy gets up.” Below the drawings it says, “Maddie wakes up feeling as though she hasn’t slept (she has). Nancy feels a bit tired but perks up once she gets up.” 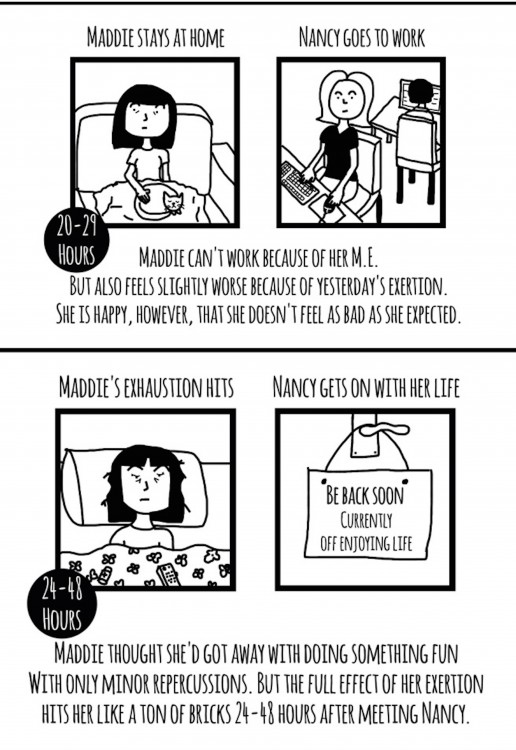 The next section is labeled “20 to 29 hours.” There is a drawing of Maddie sitting on the couch with a cat. The caption says, “Maddie stays at home.” Next to that is a drawing of Nancy typing on a computer at work. The caption says, “Nancy goes to work.” Under the drawings it says, “Maddie can’t work because of her ME. But also feels slightly worse because of yesterday’s exertion. She is happy, however, that she doesn’t feel as bad as she expected.”

The last section is labeled “24 to 48 hours.” There is a drawing of Maddie laying in bed. The caption says, “Maddie’s exhaustion hits.” Next to that is a drawing of a doorknob with a sign hanging from it that says, “Be back soon. Currently off enjoying life.” Underneath the drawings it says, “Maddie thought she’d got away with doing something fun with only minor repercussions. But the full effect of her exertion hits her like a ton of bricks 24 to 48 hours after meeting Nancy.” 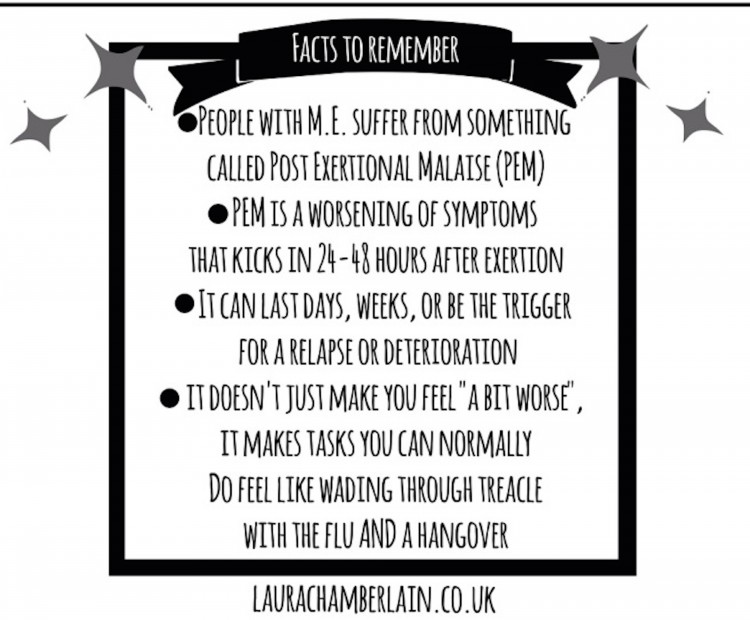 There is a box with the title “Facts to remember.” In the box, it says: “People with ME suffer from something called post exertional malaise (PEM). PEM is a worsening of symptoms that kicks in 24 to 48 hours after exertion. It can last days, weeks, or be the trigger for a relapse or deterioration. It doesn’t just make you feel “a bit worse,” it makes tasks you can normally do feel like wading through treacle with the flu and a hangover.”

The cartoon was originally published on Laura’s Pen.