Why Listening to Music Helps Me Cope With My Health Challenges

Since I was 13, physical and mental illness has affected me in waves. There are good days, weeks and months, and then there are bad ones. Just like my overall health fluctuates, so does my music taste. I tend to get very obsessed with one song, artist, or genre for a certain amount of time, even if the music itself isn’t new.

For some reason, my latest go-to for my subway commute to work is Grimes’ 2015 album, “Art Angels.” I’d listened to it when it was initially released, but after “California” popped back up on shuffle recently, I’ve been hooked. Grimes is an incredibly versatile artist who makes catchy and profoundly weird music. Sometimes it feels a little inaccessible, with song titles like “Kill V Maim,” but on “Belly of the Beat” I found that the lyrics really spoke to me.

The line “And you never get sad, and you never get sick, and you never get weak/We’re deep, in the belly of a beat” is my favorite in the song. To me, the song is about dealing with tragedy both inside and outside of oneself, and how music can create this other place where none of that exists. Music is a safe space, where, like me, Grimes can escape the outside world and, even, her own body. 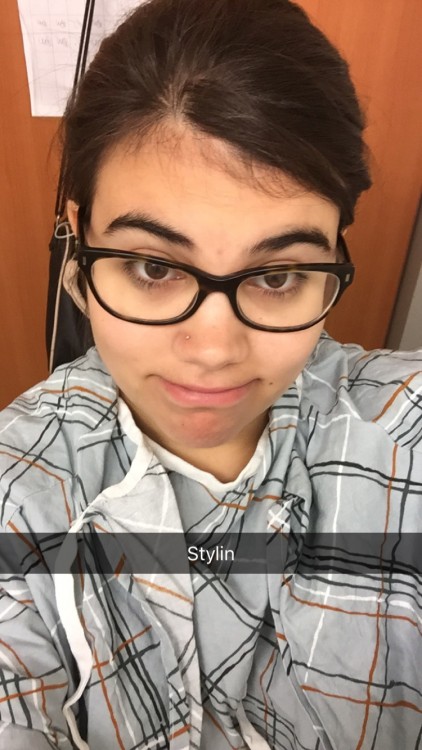 As someone who has struggled with chronic physical illness as well as depression, anxiety and panic attacks, I can relate. Music has always been my coping mechanism. I was that girl throughout middle school and high school who always had her headphones in (in between classes, of course). I had friends, and I’ve always been pretty social, but music was my retreat.

My classmates didn’t always understand what I was going through, or know how to react when I had to leave school to go to the emergency room because I was curled up in pain on the floor of the art classroom. When I plugged in my headphones and pressed play, somehow it felt like the songs understood, even if they were singing about something entirely unrelated to my personal struggles, or in a completely different language.

In the hospital and doctor’s offices, music became how I dealt with my fear of needles. Since I was 13, when most of my medical issues started, I have always put my headphones in when getting a shot, blood test, or IV put in. I still do it, even though I’m 22. And, for the most part, the songs of choice have remained the same.

My favorite solo artist of all time is Mike Doughty, former lead singer of the 90s alternative band Soul Coughing. I don’t remember what was playing on my iPod during my first major hospital stay, but for every visit since, “Madeline and Nine,” from his 2005 album “Haughty Melodic,” has been my shield from the needles. I could sing those lyrics in my sleep, and have seen him play it live twice, so I often don’t realize I’m singing it while a nurse prepares my veins for the latest blood test, or the insertion of a dreaded IV line.

I put my headphones in both ears, turn the volume up, and focus on the music instead of what’s going on with my arm. If I don’t look at it, it doesn’t bother me. I haven’t tried the trick without music, and, since it works, I probably won’t bother.

Today I had my fourth endoscopy in as many months. After I graduated from college in May, I moved from the Boston area back to New York, which means a new hospital and new doctors. I’ve realized, though, that while every hospital is set up differently and may have different protocols, it all ends up being pretty similar.

So today when the nurse took out the IV kit, I had my headphones ready.

Ilana Kruger is a youth engagement and volunteer coordinator for Yachad New England, a nonprofit dedicated to inclusion and opportunities for people of all abilities. She balances juggling her misbehaving esophagus with her day-to-day professional life. She loves mangos, penguins, her Spotify playlists, and spending time with her supportive friends.