How Battling Chronic Illness Makes Me Feel Like a Superhero

When I was little, I loved cartoon superheroes. And even as a girl, I had several characters to choose from. But I didn’t imitate any of the standard “good” characters like Wonder Woman, Supergirl or even Batgirl. Nope, not me! I chose a darker, more enigmatic character I read about in the comic books most of our Saturday morning heroes were based off of. I followed the escapades of Black Widow and then reenacted them in my attic, complete with gold-toned bracelets and black boots.

I’ll admit, part of her appeal was the fact that she was a spy and considered a bad girl, which I definitely was not! The irony that I was morbidly afraid of spiders was not lost on me either. Nor was the fact that even then, I was showing signs of physical weakness. (I just did not know why back then.) So when I couldn’t breathe trying to complete the required mile run at school, I came home and read about Black Widow’s speed in capturing the bad guy of the week. And when I couldn’t climb the rope for the fitness test, I’d pretend I had her special web-slingers and climb to the attic ceiling. (The fact that the ceiling was especially low helped a lot!)

As I grew, I retained an affinity for “doing good” and working with the disabled (Black Widow frequently partnered with DareDevil who was blind), but my health seemed to take on a life of its own. And like every nerd knows, even good guys go bad sometimes. Remember Spiderman 3? (No, I’m not talking about the dancing.) So now I felt even more like the heroine of my youth. A lot of good mixed with something very bad. Well guess what? I spent my childhood fighting evil in my attic. I was already mentally prepared. After all, isn’t a disease attacking you from the inside the embodiment of an evil arch enemy?

And this enemy is trying to break me. I feel like someone has stuck kryptonite everywhere. (I know, wrong analogy. Bad nerd!) But seriously, I leave the house in hot weather, I wilt. Touch me during a flare-up and I’ll hit you. (Glad I didn’t pick Wonder Woman now, aren’t ya?) I fall and I break things. (Heck, I broke something bending over once!) Anyone remember Samuel L. Jackson’s character in “Unbreakable?” I own braces for so many different body parts that I rival Iron Man’s armor! (His is much more stylish though.) I’m even weaponized with a cane like DareDevil, but mine can’t do cool stuff. (Note to self, upgrade cane.)

So here I am, some 40 years after my attic adventures, and 21 years after being diagnosed. I have had many battles over the years. Many, many battles. And I have won a lot of them. But I have also lost some. Such is the life of a closeted superhero. But I still believe in the tenets that superhero lore was built on. The good guy always wins. And maybe that doesn’t mean the whole war for those of us with chronic diseases. Maybe it just means the little battles. Because I know I’m always going to be sick. And I may lose the balance and grace (haha) I used to have, but a bunch of white cells that have clearly lost all sense of what planet they’re on are certainly not going to take away my sense of humor. Or my sense of right and wrong. Or the fact that I snort milk out of my nose if you make me laugh. 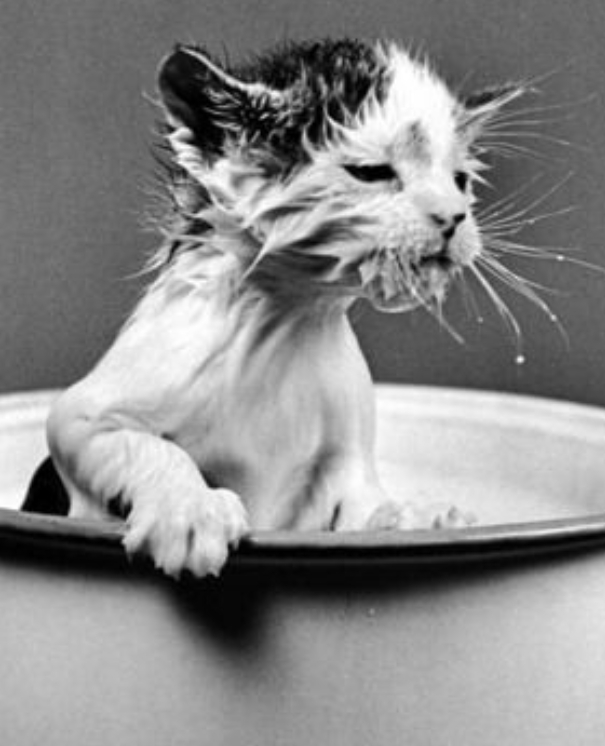 Born and raised in Rochester NY, she was diagnosed with Sjogren’s 4 months after her second son was born. Her kids are now 24 and 26 years old. She has since developed MCTD, Inflammitory Arthritis, and Fibromyalgia. She raised my kids, worked at her career for over 30 years, and has been a wife to her husband of 29 years while being diagnosed with an autoimmune disease for 24 of them. She currently writes from the heart about these experiences while wrangling their one rescue dog and three rescue cats as well as volunteering for a rescue organization as a kitten cuddler on weekends. She recently fostered a young mama cat with her 5 2day old kittens and has now added mama Lilli to her brood!