The Ups and Downs of Life With a Fistula 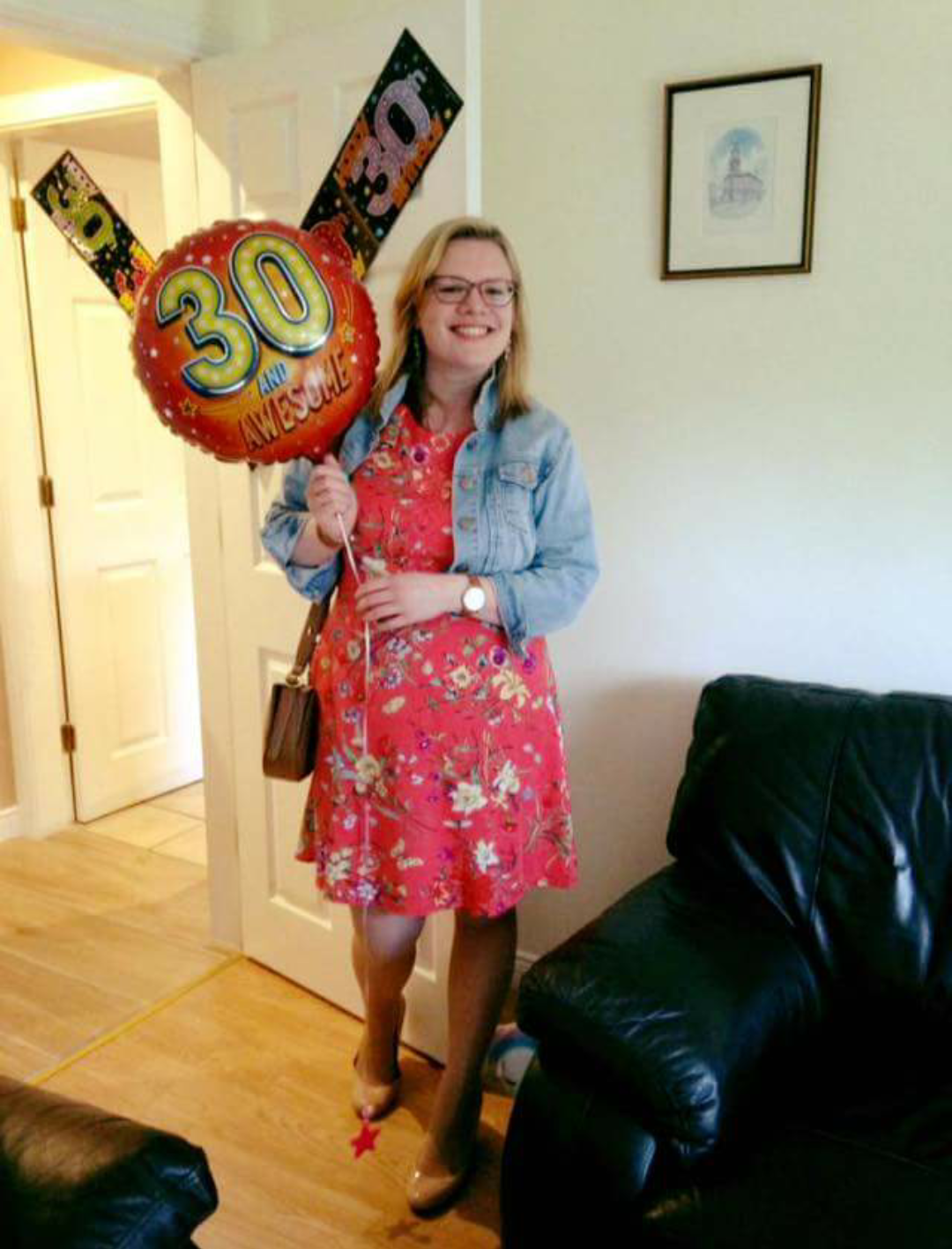 The journey since then can only be described as a rollercoaster. The constant ups and downs of the rollercoaster have been found in the fistula flaring up, swelling and draining, surgery after surgery, tests, consultant appointments, ED visits, GPs visits and, of course, trying to get on with life in the middle of it all. In fact, it has often felt like riding a rollercoaster with a blindfold on, never sure what climb or fall was right around the corner.

One thing I’ve realized on this wild rollercoaster journey is that my situation is not unique. Many people around the world are dealing with a fistula just like me. Some are even dealing with multiple fistula tracks and other diseases such as Crohn’s. About a year ago, I came across an online support group, which has members from all over the world. New members join almost daily and I have found it to be a fantastic place to share and receive support.

It’s hard to talk about something that friends and family and colleagues don’t really know much about, especially when it involves talking about parts of the body and processes that are a little embarrassing to talk about. I’ve talked around the subject on various occasions and at times I’ve avoided the details entirely and simply mentioned that there is a problem with my health. More and more I’m realizing that glossing over the details only perpetuates the stigma. This helps no one. It is worth noting that much vital advocacy work has taken place regarding the problem of obstetric fistulas in the developing world. This is fantastic and it must continue. But we must add to this by widening the conversation to include the problems encountered by those who struggle with fistulas of any kind, in all countries of the world.

It’s time for greater awareness and discussion about life with a fistula.

So, with a fresh desire to add to a growing discussion that is helping to tackle the stigma, I am going to be sharing some of my experiences.First, because those struggling may be brought out of isolation and receive support. Second, because friends, family, colleagues and employers might be unaware of how to best support those with fistulas. In this article, I’ll talk about two aspects of life with a fistula which have been particularly difficult for me in the last couple of years. I’ll also offer some advice to those on the same journey, as well as their friends, family and colleagues.

One of the most frustrating things I have faced in my fistula journey is that while the problem can be resolved and people affected can be fistula-free on the first attempt to fix things, it is not always this way. For me, this was a reality that only hit home as it happened. Perhaps it is my personality, but I thought I would be fine. I recall my first consultation with my surgical consultant, where he told me it might not be a quick fix and that I would need “at least two” surgical procedures. I was disappointed that it would not be one (good thing I remained blissfully unaware of just how familiar I would be with an operating theater in the following years). What has followed has been an up and down cycle of hope and disappointment.

Every time there has been an attempt to fix the fistula, I’ve wanted to do everything right and make it succeed. When it hasn’t worked, the disappointment is immense. I, being the perfectionist I am, would look back over my recovery period and wonder what I did wrong. How could I have done it differently? I remember so clearly one of the occasions when it all went wrong. It was the week before Christmas 2016. I had surgery on the Monday. A fistula plug was inserted. The rest of the week was spent in bed, in a lot of pain. On the Thursday, it looked like things might be going wrong. By the Friday morning, I was almost certain that the plug was coming out. I remember bawling my eyes out. I just couldn’t believe this was happening. I wasn’t even five days out the gate. I still felt awful and yet I had to make the journey to the emergency department and after a long afternoon of waiting, it was confirmed that the plug had indeed fallen out. The expectancy, nervousness and hope prior to the operation is turned to disappointment and disillusionment after the operation. Sometimes just days after, and other times after weeks or months. 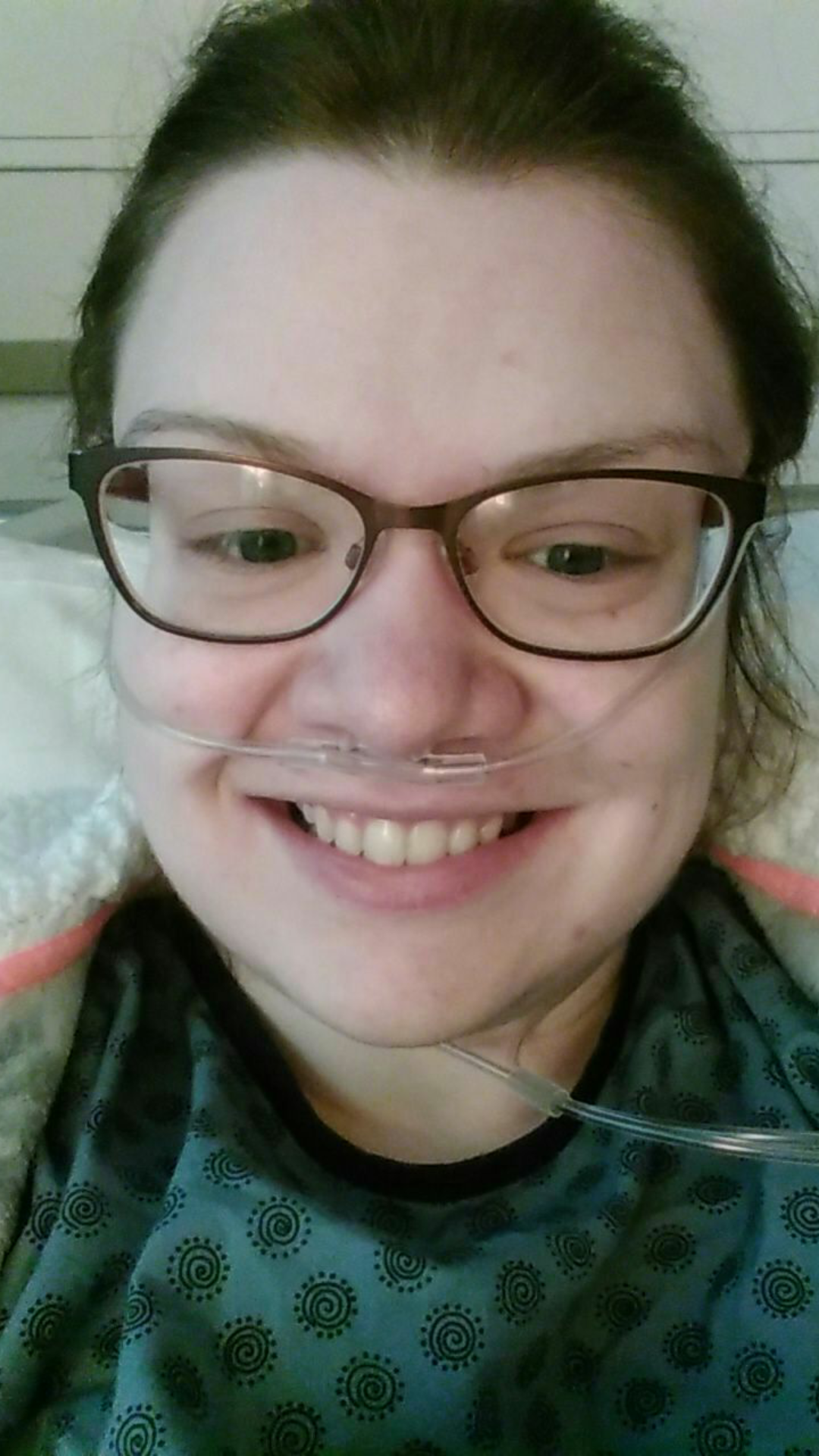 This cycle is not an easy one to navigate. It makes recovery so tough. For example, during my weeks of bed rest in the autumn of 2017, I often wondered if I would go through all of this for nothing. At the same time, I had to give it my very best shot. I lived a lot of those first few weeks in fear of damaging the work done during toilet visits, and during the course of everyday life. Unfortunately, it too, did not work. But I’m learning more to acknowledge that I did my best and that I am continuing to do my best. Some days, I feel incredibly hopeful. Others, less so. At the moment, I’m in the waiting again. I’ve just had a seton placed in my fistula to keep it open. I’m not too sure what will happen next. But with every new attempt to fix the fistula, I need to reach down and dig deep for fresh hope that it will be the last time. One of these times, my hope, which often feels far away, will be rewarded.

A second aspect of life with a fistula which I’ve found all too tricky is living in what I call the “in-between” zone. That zone is found somewhere between being too ill to work and being well enough to work. Am I doing too much? Am I not doing enough? Am I just lazy? For those with fistulas, energy levels may have depleted from problems connected with the fistula directly, such as pain or infection, and recovering from intermittent surgical procedures. On top of this, the emotional strain can take its toll. Living with a fistula from day to day is unpleasant at best and horrendous at worst. In my experience, it takes up a lot of head space. It can lower self-esteem. Perhaps anxiety and depression will creep in and drain energy. Everything in the mix can make life a little difficult to deal with.

For the majority of my journey with the fistula, I’ve been a full-time student. So, after most of the operations I’ve had, I’ve been in a rush to get back to my studies and not fall behind. But when was the right time? Looking back, I often pushed myself too hard during that year, and there were various points during my one-year Master’s degree, I wondered if I should defer. In the end, I pushed on and made it across the finish line. Did I do the right thing? It’s hard to tell in the “in-between” zone. The lines aren’t always clear, and planning isn’t always easy. For example, after my surgery in September 2017, I had to take a couple of weeks of bed rest, followed by a couple more weeks of moving very little. Of course, bed rest weakens even healthy bodies, so I did become quite weak. I think that part me of me crashed after pushing on for so long. I spent December trying to gradually build up and think about the next steps in my career. In early January, I found myself facing another operation. I had to postpone my plans to search for work for a little longer. 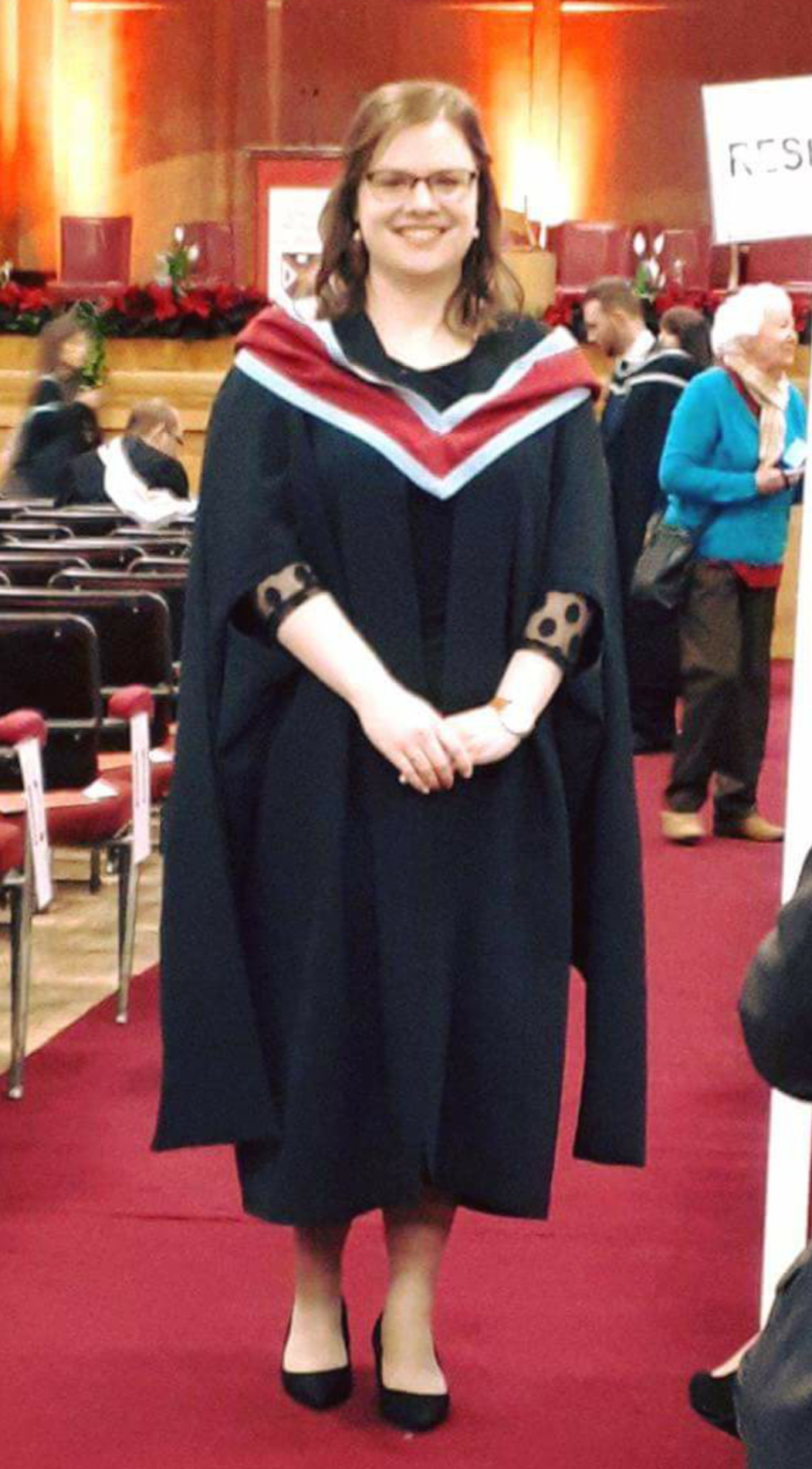 It’s taken me until this month to learn to begin to let go and ride the rollercoaster of the “in-between” zone. Those who know me will probably classify me as a bit (understatement!) of an overachiever. So, if some people can be back on their feet quickly and dive straight back into life, I feel I should be able to do that too! That has been a constant struggle for me. I do find the regular surgical procedures difficult to bounce back from, and I suppose the emotional strain of it all can take its toll on energy levels. Even on good days, subconsciously, thoughts are often on the issue. Walking into a café, my first thought now is: where are the soft seats? Leaving the house, I’m checking if I have my keys, and also if I have wipes and gauze with me. It’s sometimes all consuming. Lately though, I’m learning to listen to my body and go at my own pace. I’m not always very good at it, but I’m trying to rest as much as I need, and I am making realistic to-do lists. So, I have to remind myself so often: “you’re doing the best you can.”

If you find yourself somewhere on the fistula journey, coming up against some of the problems I’ve described, know you are not alone, and know you are brave! My biggest piece of advice to you as you navigate this journey is: be kind to yourself. This is not easy. I am not very good at it! But we must continue to be kind to ourselves. You are doing great. Don’t look back and wonder what you could have done differently. Seek out people who can support you when it all seems too much. Force yourself to do something fun when it all seems too much. I have no doubt that you are strong enough to face the journey, however long it may be.

If you are family member, friend or colleague of someone with a fistula and you’re reading this, know that you’ve already helped! Just understanding a little of the ups and downs helps a great deal. Don’t be afraid to ask how your friend or family member is doing. Find creative ways to support them. Check in on them. Understand that some days will be better than others. Get informed about the ups and downs of life with a fistula. I am so grateful for those around me that I can be real with in the hardest parts of the journey. 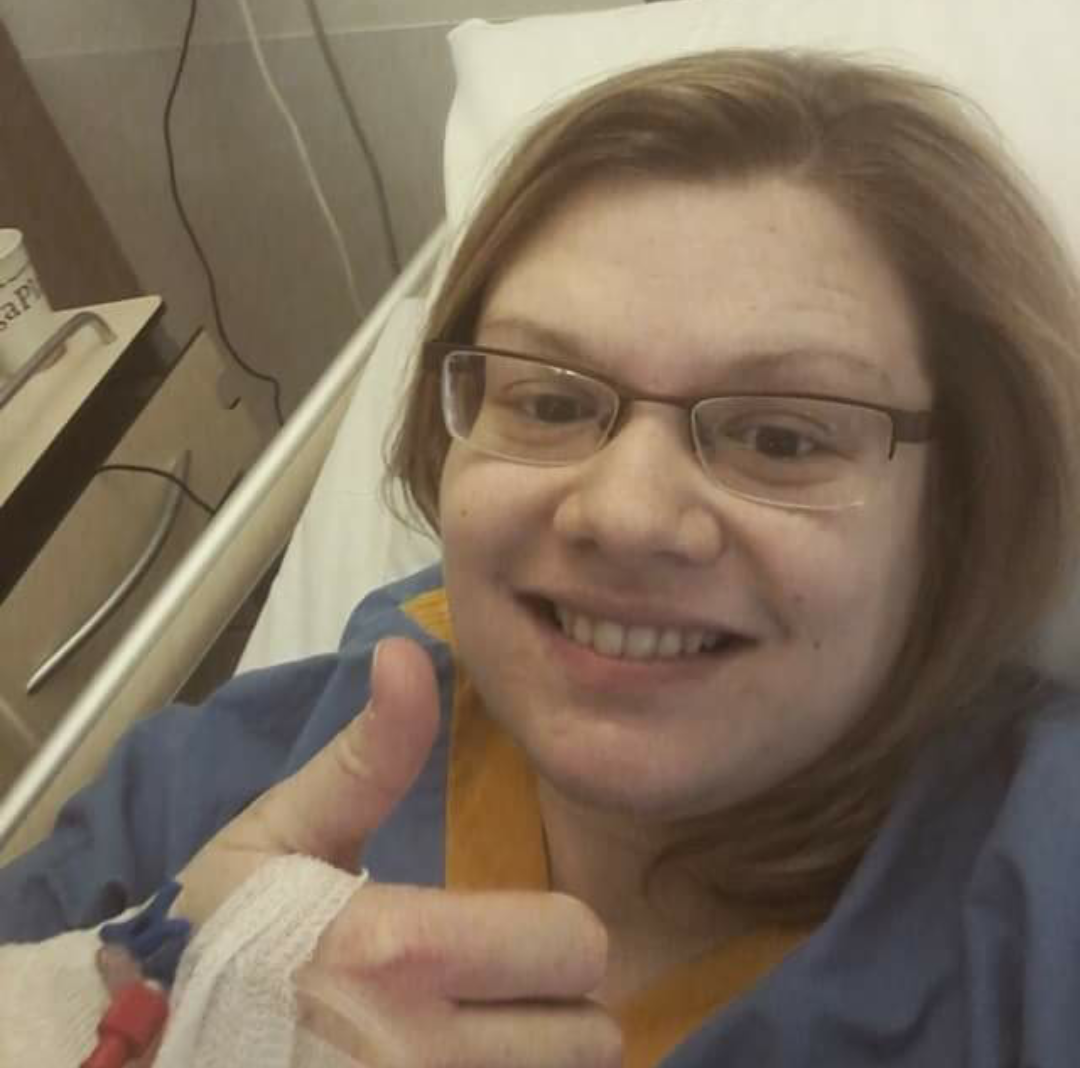 I’ll be writing more again soon. Until then, keep smiling!

31 years old. Loves good coffee, good conversation, and walks on the beach. PhD Researcher in International Law Currently residing in the beautiful Northern Ireland. Writing about life with a fistula in ano.

Save
Conversations 37
We use cookies and related technologies to help identify you and your devices, enhance your experience and conduct advertising and analysis. By choosing "Accept", or by using this site, you are agreeing to our use of cookies. You can read more about how The Mighty uses cookies in our Cookie Notice.
Manage Choices
Accept