What It's Like Going to College With a Pacemaker

Going off to college is a major milestone in a young adult’s life. For many, it is the first time living away from home, from their parents, and from everything familiar to them. A chronic illness can complicate the transition. Abby shares what it was like for her to gain her independence while managing atrioventricular block.

I received a pacemaker at the age of 14, when I was a freshman in high school. Now I am a few months into my freshman year at the University of Illinois.

Throughout my time in high school, I was honored to be a part of the Chicagoland Cardiac Connections, an organization that puts on a yearly event for kids and young adults with pacemakers and implantable cardioverter defibrillators (IDC). Through this organization, I have gotten the chance to meet many inspirational individuals with devices.

Due to the amount of time I was involved in the pacemaker and ICD community, I was never ashamed of my device, yet I still wasn’t completely comfortable telling people about it. All of my high school friends knew about it, but that was really only because they had all been there when I had my surgery. It would have been impossible to hide it. College, on the other hand, is different.

When you are put in a new school with new people, you think about how you want to be defined. Did I want to be defined as the girl with a metal box in her shoulder? No. I had never wanted to be seen as fragile or weak due to my device, yet people’s first reaction when I informed them of my pacemaker was a look of concern. Hiding it felt wrong, but telling everyone was more trouble than it was worth. Instead, the path I have taken is one where I bring it up when it feels natural and slowly my friends are learning about it. 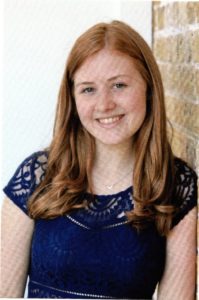 One tip I have for those in the same situation is that the more nonchalant and relaxed about an issue, the more people will treat it like it is no big deal.

Going through new healthcare obstacles also proved to be a challenge for me. I had always taken a fairly active role in my appointments with my doctor, yet being expected to completely handle it on my own was something new. For the first cardiology appointment with my new adult electrophysiologist, I begged my parents to come with me to the appointment. When I got to college and began navigating the new health system, I spent many times on the phone with my mom asking how to sign up for appointments or talking to the doctor or simply just to ask if I was sick enough to go in.

I spent my high school years craving the independence that came with adulthood, yet I now find myself wishing that medical independence wasn’t a thing at all.

Going to college is filled with new opportunities, yet also new fears – especially for those with a medical condition. Many people, myself included, spent their entire lives surrounded by those who know everything about them and have supported them through many things. College is definitely a shock at first, but slowly you start to see that it gets easier with time. Just as I am slowly getting to know my new friends and finding out more details about their lives, they are slowly getting to know what “makes me tick” as well.