As I ready for my next open heart surgery, I keep finding myself thinking about anniversaries. Not the kind of anniversary you’re thinking, but the markers of an era, like the bombing of Pearl Harbor or the fall of the Berlin Wall. Those moments, as terrible or as wonderful as they may be, leave an indelible line, beyond which life can never be the same.

In that context, I can understand the idea of noting the anniversary of a traumatic life event. It’s a pause to acknowledge a great change, a mark left on a life.

However, I can no longer reason aggrandizing that event in my own life, celebrating it as if it stands on its own, as a beginning or end.

From the moment I was born, I was different, sicker than expected, struggling to keep on weight, and bald. It was then my journey began. Even as a young child I knew my own story: born with a heart defect and surgery at 18 months old. I knew all the urban legends surrounding my birth, my hospital stay, the complications afterwards. To me it was a story of our family’s resilience, one of survival, and one that left the naive impression that there was higher purpose for my life. 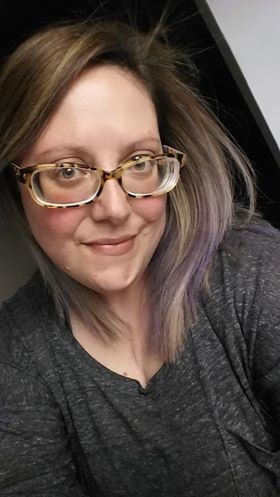 It wasn’t until high school that I had my second surgery. And still afterward, I labored under the misconception of being fixed. That surgery became the climax of my story, now I was on the the other side.

And to mark the event, my best friend deemed September 20, 1999 my “Heart Birthday.” I was finally all human again. Pig valve and conduit replaced with a homograft and a nicely healing line of a scar. The war was over. My new life could start.

The next several September 20ths filled with balloons on my car, my favorite cookies, or a girls night out. It was nice that someone else acknowledged the significance the day held for me.

But as the years passed, new symptoms emerged — strange palpitations, a racing or pounding heartbeat, lightheadedness. At first, I thought they were anomalies. During their brief appearances, not wanting to cause a fuss, I would take deep, calming breaths and pray for it to stop. And it would.

Months or weeks would go by with no sign of them, proof that it was nothing.

Finally, I mentioned these fun little episodes to my cardiologist. He didn’t see them as the flukes I had, but as the onset of complications that many CHD patients face. I had a stress test and was put on beta blockers for a developing arrhythmia.

This whole concept came as a surprise, I felt even a little betrayed. I was never warned anything else would go wrong. I was never told there would be long term complications.

Since then, since 2012, I have seen many new doctors, endured many tests, procedures, caths. I’ve had a pacemaker implanted, then swapped for an ICD. Then spent at least two years describing over and over again, to my team of specialists, the recurrence of chest pain, fatigue, shortness of breath, dizziness, only to be met with a multitude of more tests and zero answers.

Earlier this month, I had a routine follow up scheduled with my regular ACHD doctor. Unbeknownst to me, I would actually see the new physician in the practice. The explanation I was given was that the team wanted both ACHD docs to be familiar with all the patients, in the event only one was available at a given time.

A fresh set of eyes, a few recent tests, and a new CT scan brought an evaluation two years in the making. I had a leaky valve and an aneurysm in my pulmonary conduit, making for a higher than idea pressure in my pulmonary artery/right ventricle/lungs.

After being told a mere nine months ago that surgery wouldn’t be necessary “anytime soon,” I am now looking at an imminent operation.

The news was scary, yet also a relief. I am not crazy. My symptoms are not in my head. But the thought of facing such a complicated procedure rattled me. I had gone nearly 20 years since my last major surgery. I thought I was stable. I thought I was in the black.

But that’s the thing about CHD, isn’t it? It’s always changing, it’s unpredictable. It is never fixed.

These last two decades taught me that surgery is not a fresh start. It’s not the end of a life filled with illness. It’s merely another plot point on the chart of my life, a battle in the war to conquer CHD.

While I will always feel the twinge of bittersweet memories each September 20th, I cannot celebrate the date, or any “Heart Birthday” to come, as a benchmark for my recovery, for, today and forever beyond, the fight goes on.

Jennifer Weiner is a 36-year-old with truncus arteriosus. She is the Lead ACHD Volunteer for the Pediatric Congenital Heart Association.