The 'Missing From Photo' Feeling After Losing a Sibling

Why do I fight so hard for congenital heart defect (CHD) awareness? Well, I’m a warrior and daily survivor myself. This is not just about me though — it goes deeper into my heart, just to the left of my Teflon patch (or so I’d like to think). It also runs deep in black and red ink; inside an EKG strip tattoo are two names: Mark and Amanda.

Mark was born February 2, 1982 in Ephrata, PA. He never saw his home. He was in some type of distress. He was taken to two more hospitals before a heart issue was determined. He had surgery and my parents were told he would be OK. There was nothing they could do there afterwards, and they also had my older sister waiting at home with my grandmother. Mark died a few hours into the night. It was later to be said that he had hypoplastic left heart syndrome (HLHS), which sadly to this day, nearly 36 years later, is still a condition I consider to be a “Voldemort” type of defect that no one will talk about. So, four days after he was born, he went to be with the Lord. My parents have no pictures of my brother. 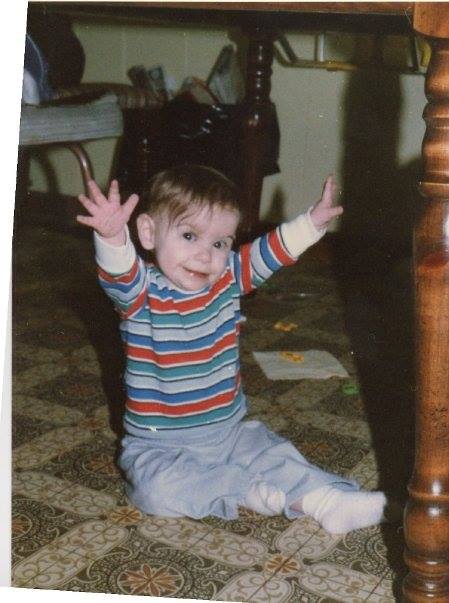 A year later, I was born with coarctation of the aorta (pinched like a garden hose). It was repaired in Boston, and then another defect was found. I had an atrial septal defect (ASD) — a hole between the atria — that was fixed with a Teflon patch. When people make the joke that duct tape works every time, 9/10 surgeons agree. I say the 10th uses Teflon. It is now repaired with Gore-Tex, military grade I’m sure. Nonetheless, I was the second child my parents had with a heart defect.

Three years later when my mom was pregnant, she had a fetal echo that checked the baby’s heart while still in the womb. From this, it was determined my new sister also had HLHS.

Within a few hours of Amanda being born, she had her first surgery again at Children’s Hospital of Philadelphia done by the pioneer of HLHS repairs, Dr. Bill Norwood. On the scale of famous surgeons, he’s probably in the top five. He also did my surgeries, so I get a little famous now and then when I mention him.

Amanda came home, but was often back in the hospital. I feel like she was never home for very long before she needed a treatment of some sort. She was unable to have much food; I think she was allergic to milk. I know she had a feeding tube at times, I was 5 and 6 during her life span. My older sister and I woke up a few times to having church family there at the house for us while they had to drive to Philly to be with her or because she was sick etc. Most of that time I was lucky to be smaller and not remember much.

She smiled, she giggled, her favorite word was “light.” She’d look up at the ceiling, point and say the word. We had two Christmases and one Easter. I remember going to the hospital and loving the parking garage and the McDonald’s in the cafeteria. Bambi toys were in the happy meals, and I was so happy we got all four toys. I loved playing Pac Man in the play room and pressing the elevator buttons. You had to find your own happiness in a Children’s Hospital when visiting your very sick sister.

She had her second surgery to help repair her heart. Basically, the whole left side was needed restructuring. This was done in two steps in 1986 and 1988. Now, these procedures are done in three steps, with the patient probably needing a heart transplant. I’m pretty sure my parents were told there was a 25% chance she would not survive. She survived the actual surgery, but she developed an infection and went to be with the Lord on August 16, 1988. She was just over 2 years old. I was 6 at the time; my sister was 9 going on 10.

We were at my best friend’s grandma’s house that day, and her grandma said, “Your parents are here.” I said, “Both of them? “I knew full well if Amanda was sick, my Mom would not have left her, and my dad had left that morning to go to Philadelphia. As I said, that wasn’t abnormal, but I still remember knowing that day was different. Diane told us both of them were in the car. I looked out to see our station wagon, with both Mom and Dad in the car. I already knew what that meant before they came in the door. I remember crying in Diane’s basement. I remember the funeral. Again, I was 6, believed in God, and knew my sister was in heaven. 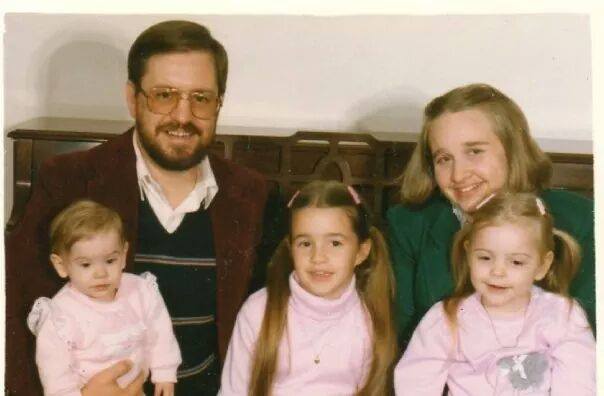 Later in life, knowing I was the only one out of three siblings to have survived heart disease is not easy some days. So how do I carry on? It took me about 32 years until I found the tattoo I wanted. I carry a picture of my two sisters with me in my wallet. I wonder on special days and holidays what it would be like with one or even two more seats at the table. I wonder how my child would love their uncle or aunt. I missed them like crazy on my wedding day and on my older sister’s wedding day. It’s a major “missing from photo” feeling, but more like missing them from life.

My older sister and I had a short period of not getting along very well; we luckily grew out of that. I already lost two siblings, I saw no reason under the sun for myself to disown a sibling. I shudder when I hear about siblings fighting; in my opinion, it’s nice to have one to fight with.

Through the years I’ve had a few great guy friends who I believe God sent to me to lessen the blow of missing a brother I never had. A few I have now met are heart warriors like me, they are just a little bit more special. The idea never leaves me that I missed out on two people who were and are very important to me and my family.

If you have ever lost a sibling, regardless of when or how, it never truly leaves you. If you need anyone to talk to a child who has lost a sibling don’t hesitate to contact me. 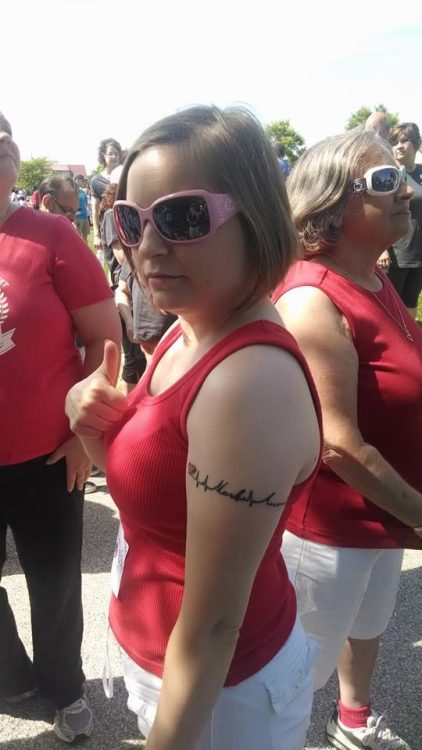 I am a 35 year old with a corrected CoArctation of the Aorta, and a patched ASD. I lost two sibling to HLHS. I am a proud member of ACHA.

runlighta
Want more of The Mighty?
You can find even more stories on our Home page. There, you’ll also find thoughts and questions by our community.
Take Me Home