Why I Have to Ask If Your Child Is Vaccinated

Ashley here. Jackson’s mom — yes, that Jackson. The one with the trach, the one with the CHD (congenital heart disease), and the one your little one just invited over to play. Or maybe we set up the time to meet. Either way, I’m super excited to be getting together. Play dates are the best, right? Or is it the wine? Whatever — I’m pumped.

But, I have a question to ask you, and it may be a little personal.

Is your child vaccinated?

Ah, the “v” word — a word that is almost as emotionally charged as the last election. A word that a lot of people tend not to talk about because they believe “it’s personal” or “it’s a choice.” That it’s something that isn’t anyone else’s business — a family decision that affects their family and their children alone. But for us — it’s not. 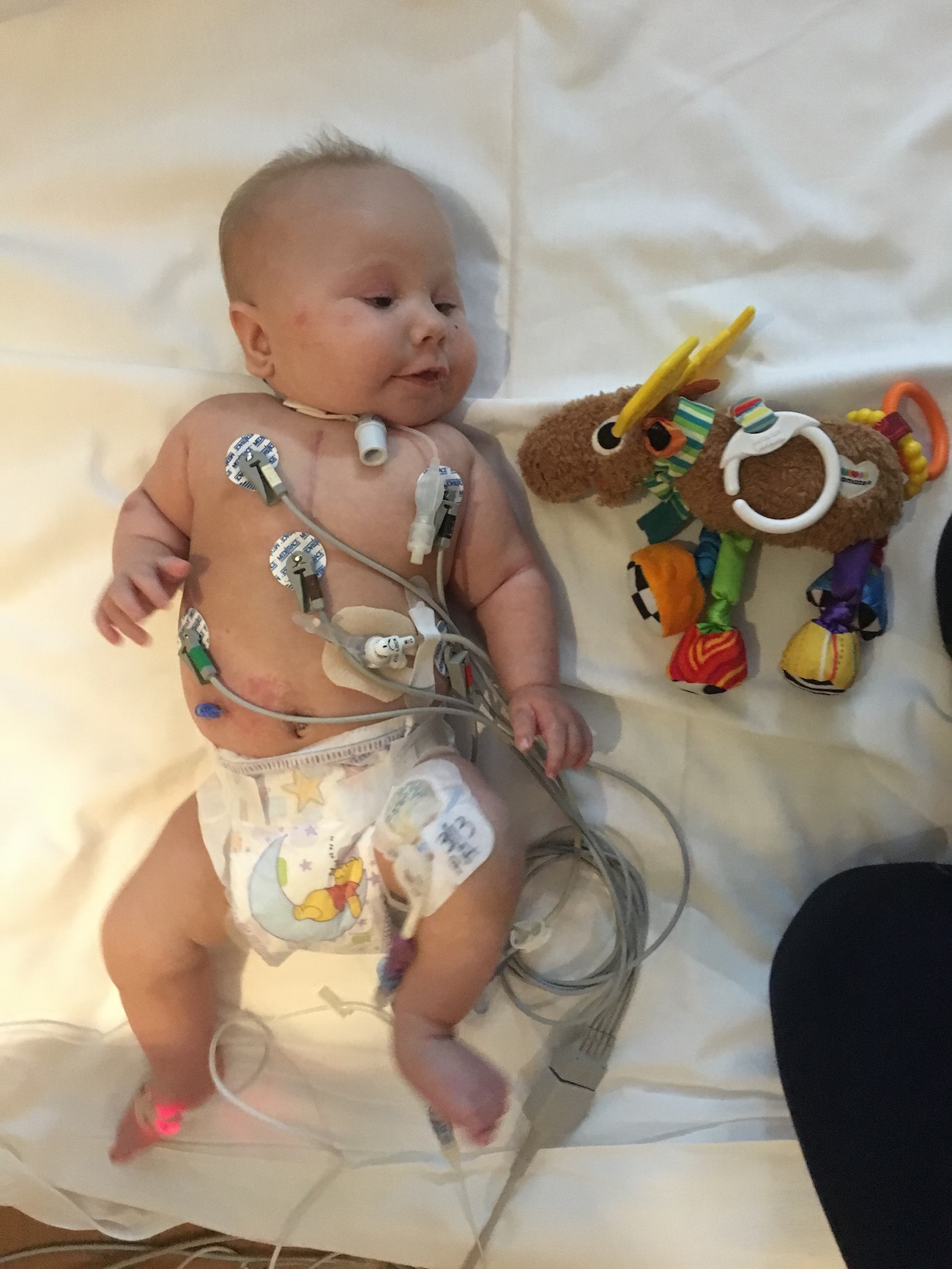 Jackson was born full-term, but that doesn’t mean he was quite ready for the world just yet. Born at 38 weeks, Jackson weighed in at about 5 pounds, not even hitting the first percentile on the growth curve. That’s OK, though, a lot of babies are born his size. But that wasn’t his only issue — he had a jaw that was too small and a heart that wasn’t whole and a belly that didn’t quite make it all the way to complete when it was forming. He was born with a lot of challenges — challenges we met with as much strength and grace as we could muster, but they were challenges nonetheless.

Along with these challenges came compromises, concessions that had to be made to allow him to grow and develop. He had a tracheostomy, bowel resection and open-heart surgery before 4 months of age, and all the while, we battled infections and illnesses, treating them the best we could, throwing high doses of very powerful antibiotics his way and stressing his system in ways that a baby shouldn’t have to be stressed.

We had to make another big compromise, too. We had always planned to get Jackson vaccinated. My husband and I have done the research and understand the studies. We know the risks and we know the benefits and we know that preventing diseases that can be prevented isn’t even a question for us, especially after seeing the aftermath of the ones we can’t prevent. The issue, though, is that vaccines aren’t always top on the list in a hospital setting. When it comes down to the question of “life-saving surgery” or “hepatitis B shot,” it can be easy to understand how one is chosen over the other. Plus, his immune system, already compromised from being in the hospital and having his little body opened up so many times, just isn’t quite ready to take on the vaccines just yet.

Sure, we’ll get there. We’ve talked to his doctors and have a plan to catch him up, but it won’t happen overnight. So, in the mean time, he’ll be susceptible to those preventable diseases we talked about before.

One of the arguments I hear a lot when it comes to a choice not to vaccinate your children is that they are your children — you know their medical history and what they need. They don’t have any problems that would make it hard for their bodies to fight off disease, so why do they need the help? Why not let nature take its course and treat the disease as it comes?

But there is Jackson, and the thousands of kids like him diagnosed with congenital heart disease at birth. Or the thousands of kids going through cancer treatment. Or the kids born with an immune system that wasn’t quite right or the countless other children who are too young or too sick or can’t be vaccinated for one reason or another. You probably wouldn’t even know some of them have had life-saving surgery or spent months behind hospital walls, but they have. And they need your help.

You see, when these little ones get sick, it doesn’t necessarily just run its course at home with a few days of bedrest and chicken noodle soup. It’s hospital trips, oxygen machines and rounds of antibiotics we hope work but that might just not because their bodies have been exposed to them so many times. It’s continuous monitoring and sedation and being set back even further when it comes to development. And, for some of these little ones, it might be the hospital visit they don’t come home from.

Maybe it’s too much for me to ask that you vaccinate your child because we can’t vaccinate ours just yet. Maybe it feels pushy or preachy or overbearing. Maybe it feels like I’m forcing my beliefs on you and not letting you parent how you see fit.

So, I hope you’re not offended when I ask. And I hope it makes you think a little about your decision, one way or the other. And I hope you like white wine, because I brought two bottles.

Ashley is a work from home mom and personal assistant to a 8 month old, medically complex son. When she’s not scheduling appointments or talking to insurance companies, Ashley is a pursuing her Master’s Degree in Nutrition and Integrative Health with a concentration in Clinical Nutrition. Follow their story on Facebook at http://facebook.com/theadventuresofjacksonandjuna or through her blog at http://theadventuresofjacksonandjuna.wordpress.com

ashley-stewart-3
Want more of The Mighty?
You can find even more stories on our Home page. There, you’ll also find thoughts and questions by our community.
Take Me Home