When My Heart Defect Made Me Ask, 'Why Me?'

Growing up with a heart defect had a relatively small impact on my life. Thankfully, I was able to play sports and my parents weren’t preoccupied with my health. In high school I started to feel more alone because I didn’t know anyone else like me. At that time I started to have some problems with my heart in addition to some other medical issues. For months I was seeing different doctors and going through tests, only to have no answers. Nobody knew what the cause of my problems were or how to treat them.

I started to wonder if the rest of my life was going to be like this. Was I going to be able to be physical active anymore? How will a guy ever be able to look past my scars? What if the doctors can’t fix me?

At first I was asking out of self-pity. I was angry with God and hurt that He seemed to not care about me (which was not true). After seeing all of the rare side effects and conditions I was experiencing, my question transformed. I was less interested in getting answers, and instead figured there must be a bigger reason why my life looked the way it did.

I didn’t come to any conclusions other than deciding the events of my life were not random. There had to be some bigger reason I had yet to see play out. While it wasn’t the most satisfying answer I at least found some comfort knowing there was more going on other than the universe deciding to give me tough hand.

Before going to college, I joined a Transposition of the Great Arteries support group on Facebook. It was encouraging to read the stories of others and to see I wasn’t alone. Two years later someone in the group asked which members were in college. I responded, along with a dozen others. A couple weeks later I received a personal message from a guy in Ohio who was close to my age. We chatted and texted about our hearts for a week or so. Eventually we started talking about our lives and found we had many common interests. 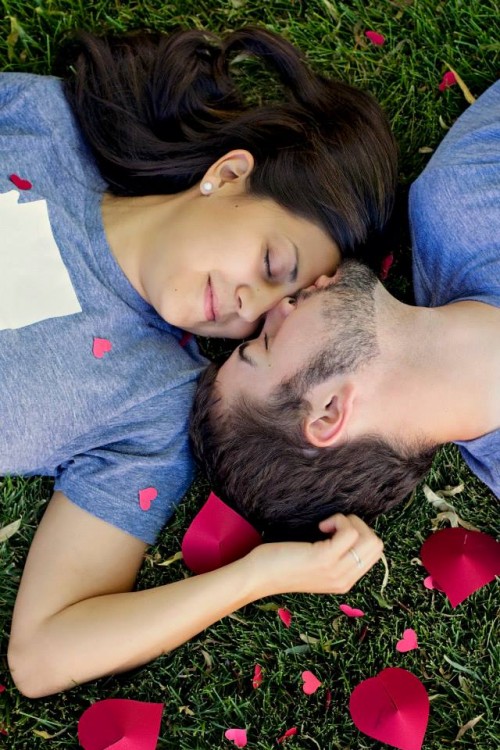 Fast forward to today. The random guy in Ohio is now my husband of two years. A year and a half of our relationship was long-distance, which was great and terrible at the same time. He is a huge part of the answer to why certain things have happened in my life. He isn’t the only answer, because I know more reasons will be revealed in the future.

During times of suffering, asking “Why me?” is a valid question. However, we must be prepared to not get an immediate answer. It might take years to see how our lives will play out and how they will impact others. Having others find hope in my husband and my story has made all of the pain of the past worth it. Sometimes the most terrible events in our lives turn into the greatest stories.

Sharing my story in the hopes to help others feel understood, seen and important.

michelle-stepp
Want more of The Mighty?
You can find even more stories on our Home page. There, you’ll also find thoughts and questions by our community.
Take Me Home