If you had a choice between injecting yourself with your medication or swallowing a capsule that contained your medication compressed into a needle which would you choose?

New research suggests scientists may be closer to making that choice a reality. A study published Friday in the journal Science revealed that researchers had developed a capsule that contains a tiny needle of insulin, theoretically offering the possibility of people with diabetes one day being able to swallow their insulin instead of injecting it.

Support others in the diabetes community.
Let this Mighty Member know how you’re fighting: 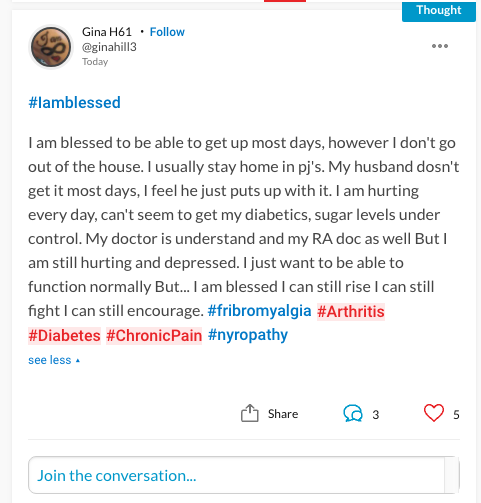 To make sure the needle injects itself into the stomach, it is loaded into a steel spring surrounded by a barrier of sugar within the capsule. The sugar dissolves when it hits gastric juice, which releases the spring and injects the insulin into the stomach lining. The shaft of the needle does not enter the stomach and is biodegradable.

Researchers took inspiration from the geometry of the leopard tortoise’s shell to ensure the capsule would hit the stomach oriented in the right direction. The capsule’s shape is inspired by the characteristics of the shell that allow the tortoise to right itself if it rolls over on its back. This way, the needle remains upright when it arrives at the stomach.

Once the insulin is injected, the capsule and its contents (biodegradable polymer and stainless steel components) dissolve and pass through the body. In the study, the insulin took about an hour to fully dissolve into the bloodstream, though that rate can be controlled when the pill is created.

The pill has not yet been tested in humans, but researchers said it did not injure the pig test subjects and successfully delivered up to 5 milligrams of insulin, a similar amount that people with type 2 diabetes would use.

This video provides a visual of the process:

According to a statement from the Massachusetts Institute of Technology, where the research team is from, scientists will continue to work with pharmaceutical company Novo Nordisk to keep working on the technology and manufacturing the pill. Lars Fogh Iversen, Novo Nordisk’s senior vice president of global research technologies, told Wired the team is considering other uses for the pill besides diabetes, such as hemophilia or growth hormones.

“The preliminary plans look very promising,” Iversen, said. “However, it’s early days and more work has to be conducted. We have not yet decided which molecule will be the right one for the first clinical trials.”

Talk about the latest diabetes news with your community.

Follow Diabetes on The Mighty to stay connected to our supportive diabetes community.