The 2 Most Dreaded Responses to My Son's Type 1 Diabetes

My son, Henry, is young and innocent. In one video we shared at a Children with Diabetes conference, Henry blithely tells the audience about a scrape on his leg, and in the next breath he shows off his pump and continuous glucose monitor (CGM), as though these two were equal. One day the stigma of “diabetes” will outweigh scrapes. But for now, he’s got scrapes, and obviously diabetes isn’t one of them.

When a stranger asks me about the gear Henry is wearing or I explain to a colleague why I had to step out of meeting a few days prior, type 1 diabetes (T1D) comes up, and I briefly explain the basics. Usually, this scenario goes smoothly and hopefully someone understands more about T1D. However, sometimes this moment makes me cringe as an over-sharing stranger tells me about his or her dead grandmother.

When people respond that way after learning of my son’s diagnosis, I believe they’re usually attempting to relate or don’t know what to say. But as a parent of a child with diabetes, the two most dreaded responses from someone who learns of my child’s disease are:

2. Well, at least it’s good he has it so young, so he won’t know the difference when he’s older.

I think Henry’s got some scrapes, but hopefully as people become more educated about T1D, they won’t add a new scrape. The first step toward empathy is meeting someone with T1D, and the second step is learning what to say. It’s great to hear, “I’m sorry to hear that. Can you tell me more about type 1?” or “I’m sorry to hear that. I’m not sure I really understand the difference between type 1 and type 2,” or even, “I’m sorry. I think I know someone else with that.”

When people meet my son, or anyone with T1D, I want them to understand all the determination and longanimity it takes to keep a blood sugar between the lines. I want people to understand T1D is an autoimmune disease, and there’s nothing Henry did or didn’t do that caused his T1D.

I want people to know a life with T1D can be pretty sweet. 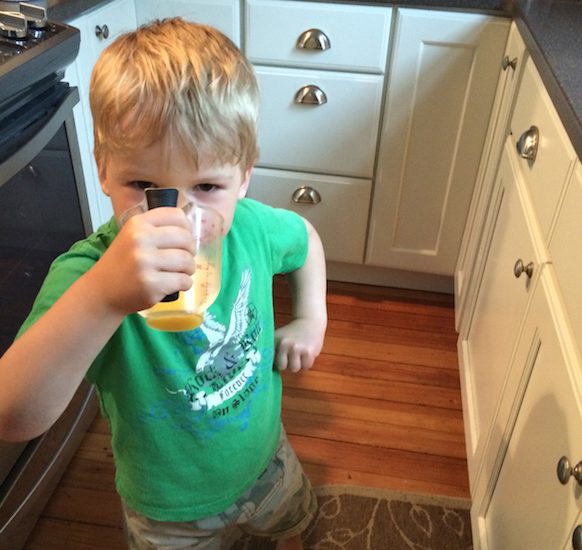 Rachel Morgan is a mother, writer and educator living in Iowa. She blogs about being a parent to a young child with type 1 diabetes at https://semisweett1d.com/.

rachel-morgan
Want more of The Mighty?
You can find even more stories on our Home page. There, you’ll also find thoughts and questions by our community.
Take Me Home