I’ve often dreamed of 24 hours of a disability-free life for my boys. Some days, I become greedier; I want a week! A month and maybe even a year! During this time, I’d watch them run in the backyard and kick a ball and climb a tree. The world would not be big enough to contain the two. I’d watch them ride a bike, break out in dance, and most certainly take a leap off a high bridge. I’d join them too — play football and run across the beach just for the heck of it!

When people ask me what it’s like living with a disability, it’s difficult to answer. I’ve always lived with a disability, so I never knew anything else, kind of like the pig in “Babe” who never realized he was a pig until it was pointed out.

When Jahan, my 9-year-old, asked why people stared at us when we went out together, I fumbled for an answer. However, Arshaan, my older son, who is more attuned to the ways of the world, spared me the painful moment of parenting a child with a disability by insightfully pointing out: “It’s because they are not small like us.”

I found it interesting my 12-year-old framed his response to focus on them being different from us and not the other way – after all, we were the ones with the rare bone disease that kept us quite visibly different from others. 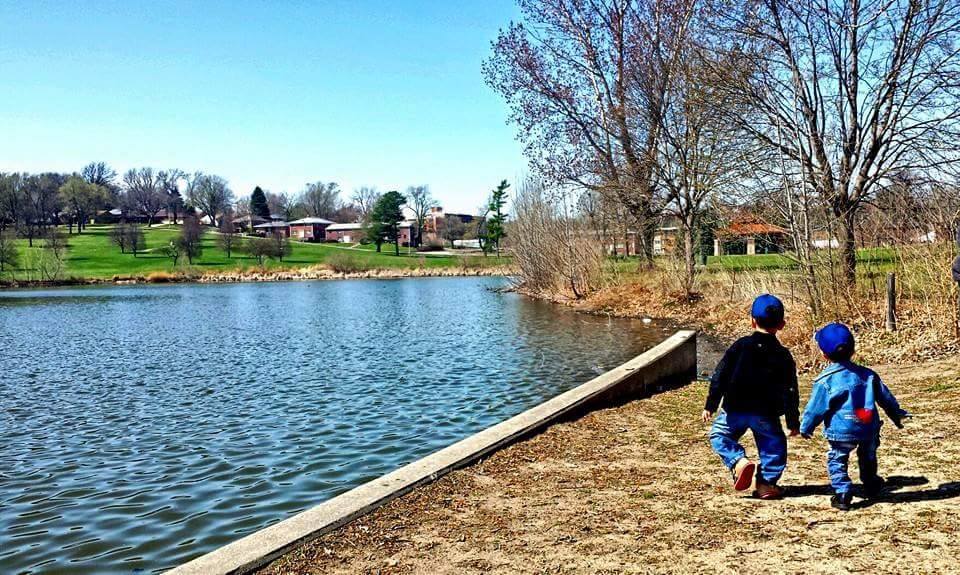 People with disabilities have always been perceived as either: fit for institutions – “the best place for them” or not fit for society – “they wouldn’t survive in the real world.” We cannot escape the patronizing labels; we are either objects to pity or heroes who conquer adversity. History may represent us as victims of fate and popular literature may demonize us — the villain with the limp or a scar. But the truth is, describing people we identify as “other”, as not just different from us but actually “bad”, is perhaps the most common way of putting people outside the community and keeping them there.

The Americans with Disabilities Act (ADA), the civil rights legislation that was signed 30 years ago this month, on July 26, 1990, was transformative in providing accommodations for people with a range of disabilities.

But equality in theory does not mean equality in practice. Thirty years after the ADA’s passage, people with disabilities still reel from the historical inequities that have long pushed us to the margins of society. Children with disabilities are still less likely to graduate from high school and far less likely to attend college than their non-disabled peers. In every situation, they are “other-ed” and relegated to non-thinking, non-contributing, non-productive members of society.

When the boys go out to play, there is usually a kid at the playground that makes it his or her duty to point out how “different” they are. “Thank God, I’m not diseased like you!” “Why do you walk so funny?” or the most common refrain: “Why are you in a wheelchair?” And almost always, the boys tackle the callous confrontation with stoic valor.

Luckily, the boys have parents and friends who remind them every day that being “different” isn’t all there is to who they are.

While we celebrate the ADA and its milestones, and talk about the work that still needs to be done, let us also talk about the responsibility we all have towards creating conversations around acceptance.

Teaching acceptance is the first step in learning to love our differences, and understanding and appreciating what others bring to our lives.

We are all too familiar with ‘Johnny, the blind boy’, ‘Jahan, the short kid,’ or ‘Arshaan in the wheelchair’. When we begin to start thinking, ‘Johnny, the one who has the fun dance moves’, Jahan who has a great imagination’, or ‘Arshaan who is an awesome artist,’ that’s when disability will become an ordinary part of life.

That’s when disabled people will be counted in.

There will always be kids in the park who try to make sense of disability but lack the tools to adequately do so. It is the fear of one’s own feelings, or lack of them, that prevents the effective teaching of disability and the processing emotions that go along with them.

The good news is, these kids at the playground do not stop my boys from venturing out. For they know there are always those who see past their wheelchair and bendy bones, coming up with accessible games that everyone can be a part of. And they didn’t need ADA to tell them how to do so — they just did.

People are complicated; there are ‘good’ ones and ‘not so good’ ones. Sometimes there are even strange combinations of both.

If we can accept people with disabilities to be similar to people without disabilities in that they are simply people first, I believe we will have achieved a truly inclusive society.

neena-nizar
Want more of The Mighty?
You can find even more stories on our Home page. There, you’ll also find thoughts and questions by our community.
Take Me Home