Earlier this year a bridal shop received positive news coverage for having a window display with a mannequin in a wheelchair. While this is an amazing example of disability in the retail industry, instead of just celebrating, we should be asking, “why isn’t this the norm?” 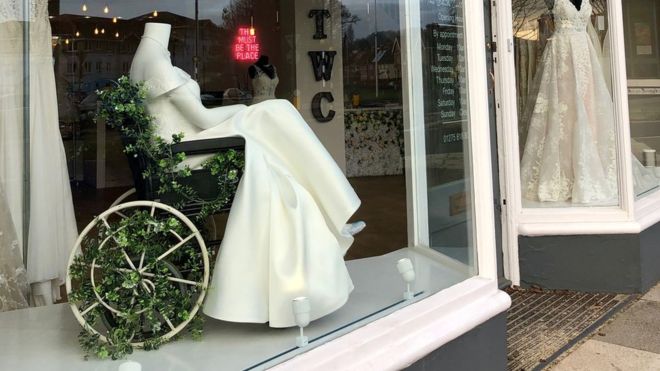 Artist and TV presenter Sophie Morgan (who is a paraplegic) has designed a product called the Mannequal — “a wheelchair for mannequins that is both a style guide for wheelchair users and a symbol of inclusivity.” But as well as wheelchairs, why can’t other disabilities and impairments be shown in the retail industry?

Sure, having a mannequin sitting down give you an idea of what clothes are suitable if you’re in a seated position, something I’m faced with myself when clothes shopping as a wheelchair user. But what about mannequins with prosthetic legs or an arm amputee like Kelly Knox who won the modeling show “Britain’s Missing Top Model?” Of course only visible disabilities can be shown, but I think mannequins who are “differently normal” and represent disabilities/impairments should be everywhere. After all there are over 11 million people with disabilities in the U.K. 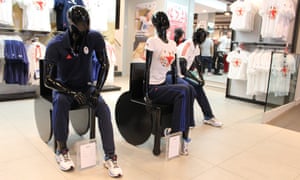 All-in-all I think the retail industry has a long way to go, but little gestures like the bridal shop and stores using things like the Mannequal are making progress in representing consumers with a disability.
Naomi G.

This story originally appeared on Diary of a Zebra.

agirlcallednaomi
Want more of The Mighty?
You can find even more stories on our Home page. There, you’ll also find thoughts and questions by our community.
Take Me Home