When I was a young woman, I was considered attractive by society’s standards. I was young, good-looking, slender, fit and able-bodied. I was referred to as “hot,” “sexy,” “foxy,” “cute,” “lovely,” “pretty,” and I enjoyed the privileges and attention that comes with conventional beauty. I also endured the unwanted attention from men and competition between women that is often part of the territory.

In my mid-20s, I began to put on weight and continued to put it on for the next decade. Being “fat” detracted from my “attractiveness score.” Men were less attracted to me, women were less threatened by me, potential employers took me less seriously. However, since I was still pretty, healthy, and able-bodied, and society’s attitudes toward fatness was beginning to evolve, I was still considered attractive by many people, and I still enjoyed the privileges that come with having a pretty face.

At 38 years old, after a life-threatening illness, I became disabled and a wheelchair user, and all that came to an abrupt halt. After 18 months in a hospital bed and two-and-a-half years of rehab, I emerged from my cocoon of medical intervention and rejoined the community. One of the very first things I became acutely aware of was how differently I am treated. Most of the strangers I pass on the street, in the mall, at the train station, etc. do not make eye contact with me. Of those who do make eye contact, most are weird about it. They pretend it didn’t happen, or look away uncomfortably, or worse yet: they smile too big, greet me too loudly, and generally draw attention to what a nice person they are for talking to the “cripple.”

And I am definitely no longer considered attractive by society’s standards. Because of my hospitalization, I lost all the weight I had gained years ago. I had not lost the natural beauty I had been blessed with, but my body is twisted and crooked, the muscles are small and weak, and the skin is loose and flabby. Men rarely look at me with romantic interest, if they even notice me at all. In the decade since being disabled, I have been flirted with only one time, and asked out on a date once. (I am happily married, so it was a “no,” but it’s still nice to know you are considered attractive.) This severely affected my body image and self-esteem. I was not accustomed to being discounted or rejected because of my appearance, and it hurt. Strike one.

I have been living in this body for over 10 years now, and I have grown into it. I have accepted the limitations this body encounters, and I have learned to adapt to the many limitations my environment and society constantly presents. Chronic pain is my normal, and I tolerate it reasonably well. I’ve learned how to dress this body in clothing that makes me feel attractive and is comfortable. I’ve chosen a hairstyle that makes me feel pretty but is easy for me to style. I began to regain some confidence.

Then one day, a few years ago, as I was riding the bus, I overheard a conversation between two attractive young men. They were commenting on a woman about my age that had smiled warmly at them as she moved to the back. One man said, “Yech! Nothin’ worse than some middle-aged chick trying to be young and sexy!” She didn’t hear the comment, but I was embarrassed for her. Then I realized I’m middle-aged too! Is this a common attitude in men? It made me feel decidedly uncomfortable. I sat facing them but avoided eye contact. I had started that day feeling particularly pretty, but I spent the rest of the trip trying not to draw attention to myself. Strike two.

Last year, I officially entered early menopause, having had no period for one year. On one hand, I was relieved about having no more horrible cramps and PMS, and no longer having to manage menstruation with limited range of motion in my shoulders. One the other hand, like most other women, I wrestled with the implications of this major change. Many societies place great value on women’s reproduction. Having the ability to grow, carry, nurture and bring a healthy new life into the world is celebrated and sought after by most people interested in building lifelong partnerships. Pregnant women are often depicted as lovely, young, “glowing,” content and filled with love. Menopausal women are often depicted as old, dusty, angry, sweaty and filled with resentment toward their husbands. How are we expected to feel attractive and body-confident when we are inundated with representations of the opposite? Strike three.

Disabled, middle-aged and menopausal — the three strikes of beauty. And I’ve reached all three. You would think by now, that I’d have a terrible body image, low self-esteem, and a complete lack of confidence — but you would be wrong! An interesting thing happened along the road. As I grew older, healed from my traumas, adapted to my limitations and overcame many obstacles, I learned and I grew. I’ve found that wisdom is purchased with pain and adversity, and confidence blooms with wisdom. I’ve learned how strong I am, and take pride in my resiliency. I have developed a vast capacity for empathy and understanding of other people, and it is appreciated by loved ones and strangers. Although my body is twisted and weak, my health is excellent, and I’ve learned to appreciate what this vessel still has to offer. Most importantly, I’ve learned that physical appearance is the least important aspect of beauty.

I have met many beautiful people over the years: people with tight, athletic physiques, people with striking eyes and luxurious hair, people who are tall, slender and graceful, women who are curvy and sexy, men who are dark and chiseled. But the most attractive people, by far, are those whose inner light shines more brightly than their outer appearance: people who are honest and genuine, unapologetically unique, people who accept me for exactly who I am and make me feel beautiful too. When that beauty is allowed to beam forth, physical beauty actually blossoms further.

Recently, I have had many people comment on how beautiful I look these days. I have done nothing different with my appearance. The only thing that has changed is my attitude and perception. Somehow, the confidence, self-esteem and peace I have developed and nurtured as I grow older are showing through and making me feel more beautiful.

So, it turns out that disability, middle age and menopause aren’t strikes after all — they are foul balls, and I’m hitting the next one out of the park! 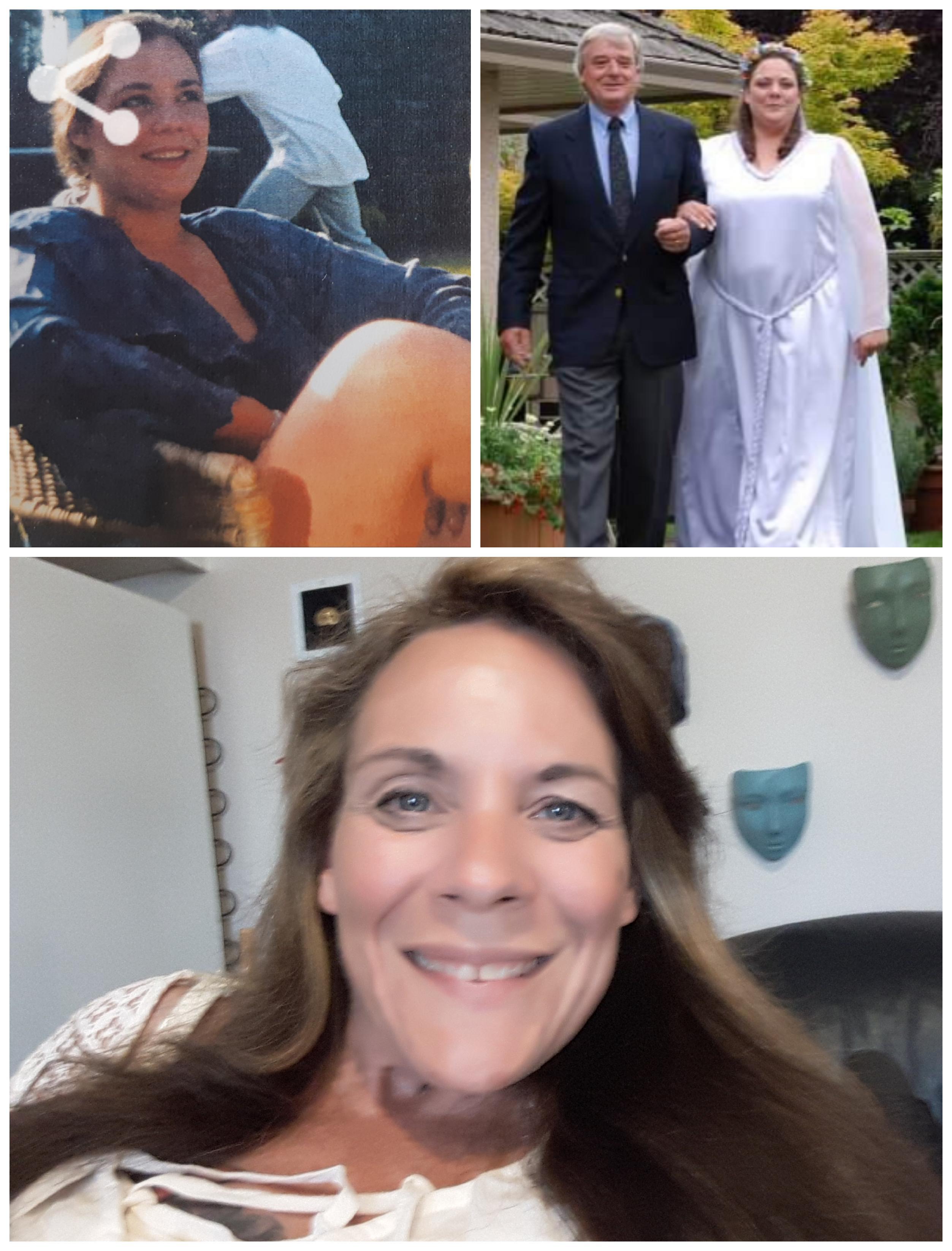 Writer, actor, public speaker, and Netflix binger. In 2009, I developed a rare neurological autoimmune illness called Bickerstaff Brainstem Encephalitis (a variant of GBS) from a series of vaccines. As a result, I live with disability and mental illness, and use a power wheelchair. I became acutely aware of how differently I was treated by society compared to when I was non-disabled, and felt compelled to share my experiences. I write stories about my life as a person with a disability as a way of processing my experiences, and in the hope that others who share similar experiences feel validated, supported, and a little less alone. I am a member of the Realwheels Acting Academy in Vancouver, BC, run a Facebook page called 'A Day in the Life of a PWD', and create comics about the giggles and gripes about living with disability.

jenniferburgmann
Want more of The Mighty?
You can find even more stories on our Home page. There, you’ll also find thoughts and questions by our community.
Take Me Home