Update: On Oct. 3, a new chapter in “Harry Potter: Hogwarts Mystery” expands Murphy’s story, the first time the character addresses using a wheelchair and having a disability. He explains he wants others to see him as more than his disability, which may be relatable if you also live with a disability or use a mobility aid. “[I] will always be ‘that wizard in a wheelchair.’ Which I am, of course,” Murphy says in the game. “But I’m all of those other things, too. So I’m always trying to show everyone all that I am, all at once, and all at the moment I meet them.” 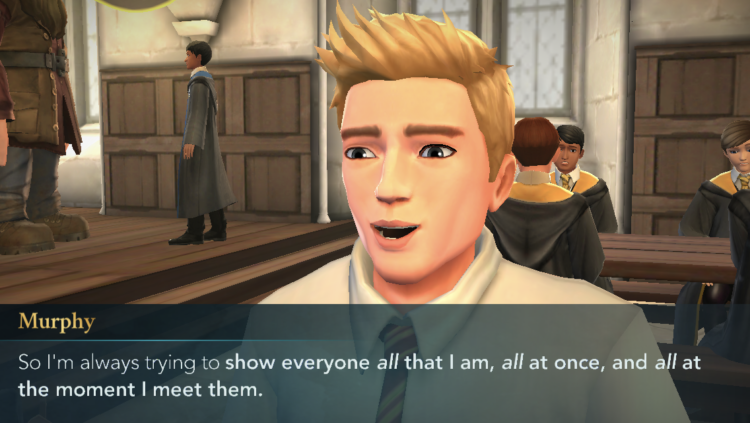 If you’ve been tossing the quaffle or seeking the golden snitch during a quidditch match in the video game “Harry Potter: Hogwarts Mystery,” you may have noticed a new character who uses a wheelchair, but like in real life, there are some areas of the game that still aren’t wheelchair accessible.

Released in April 2018, “Harry Potter: Hogwarts Mystery” allows users to play a student at the Hogwarts School of Witchcraft and Wizardry before the famous protagonist attended the magical school. Players see familiar faces who walked the halls during that time, like Bill and Charlie Weasley and Professors McGonagall, Snape and Dumbledore.

Up until Sept. 4, however, the one thing users couldn’t do in the game was play the popular wizarding sport, quidditch. With the addition of quidditch into the game, “Harry Potter: Hogwarts Mystery” also added the keen quidditch commentator and statistician Murphy McNully, who uses a wheelchair. Murphy is believed to be the first wheelchair user in the “Harry Potter” universe.

He sure likes statistics and percentages. Any thoughts on Murphy so far?

There are, however, some areas of “Harry Potter: Hogwarts Mystery” that Murphy cannot access. For example, one quiz-like portion of the game, “gobstones,” requires characters to sit on the ground. In the “Harry Potter: Hogwarts Mystery” world, since Murphy uses a wheelchair, he can’t sit on the ground or participate in this feature. At another point in the game, when Murphy has a meal with another character, he is pictured without his wheelchair though he uses it everywhere else. 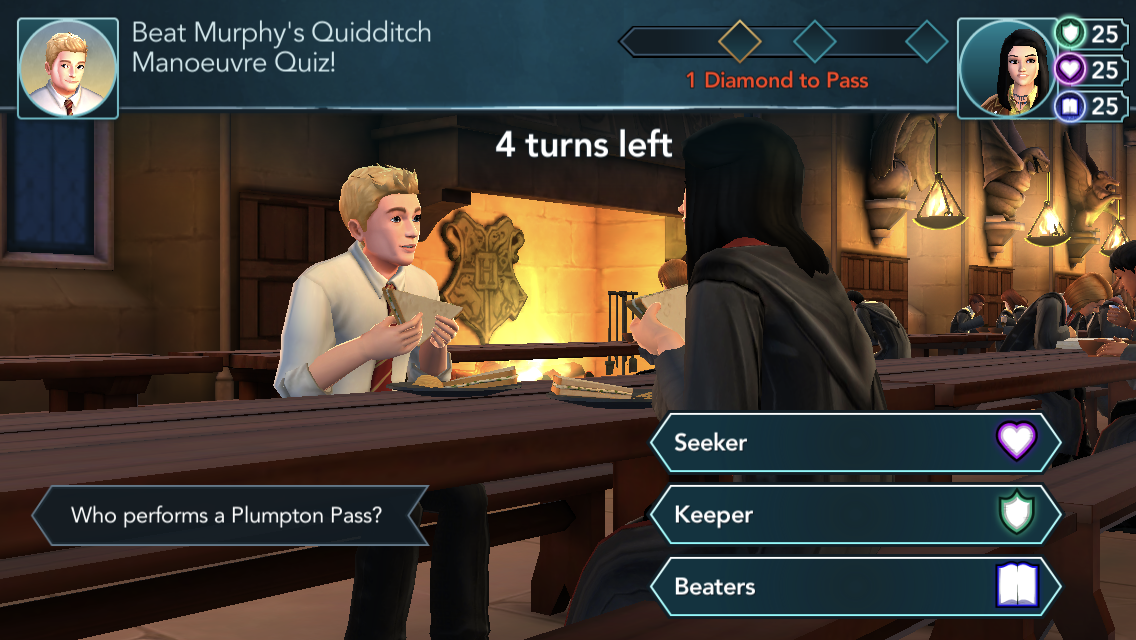 Other attempts to make popular toys or games disability inclusive made similar errors that limited true accessibility. When the first Barbie to use a wheelchair, “Share-a-Smile Becky,” was released in 1997, Mattel failed to consider the accessibility of the rest of the Barbie world. As a result, Becky’s chair didn’t fit into the Barbie dream house and other popular accessories. Mattel has since relaunched a wheelchair-using Barbie, this time taking full inclusion into account.

Other characters in “Harry Potter” live with a disability or health condition, like Mad Eye Moody, who lost an eye and a leg fighting dark wizards. Professor Lupin is a werewolf, which “Harry Potter” author J.K. Rowling said represents living with a condition like HIV/AIDs, right down to the stigma people face. In an article on illness and disability written for Pottermore, Rowling explained how she conceptualized illnesses and disabilities that result from magic.

“I decided that, broadly speaking, wizards would have the power to correct or override ‘mundane’ nature, but not ‘magical’ nature,” Rowling wrote, adding:

Therefore, a wizard could catch anything a Muggle might catch, but he could cure all of it; he would also comfortably survive a scorpion sting that might kill a Muggle, whereas he might die if bitten by a Venomous Tentacula. Similarly, bones broken in non-magical accidents such as falls or fist fights can be mended by magic, but the consequences of curses or backfiring magic could be serious, permanent or life-threatening.