The numbers are out. According to GLAAD’s latest Where We Are on TV report, disability representation reached an all-time high, though still shockingly low, since the nonprofit first started tracking in 2010. In 2019, 3.1% of series regular characters on primetime TV had a disability. Given nearly 25% of the population lives with a disability, there’s still a large disparity of authentic representation — disabled actors playing characters with disabilities — in the media. The Media Access Awards, in partnership with the disability organization Easterseals, is out to change this, in part by awarding the outstanding TV and film creators who make disability inclusion a priority.

During the 2019 Media Access Awards, which opened with a performance by Mandy Harvey of “America’s Got Talent” fame, MAA and Easterseals recognized seven entertainment influencers or productions with a commitment to disability inclusion. This included the producers of the film “The Peanut Butter Falcon,” starring Zack Gottsagen, actor and model Nyle DiMarco, “NCIS: New Orleans” writer Katherine Beattie, “New Amsterdam” casting directors, creatives from “The Good Doctor,” and “Give Me Liberty” actress Lauren “Lolo” Spencer.

Celebrating its 40th year, the Media Access Awards ceremony was helmed by “Criminal Minds” actor Joe Mantegna (whose daughter is on the spectrum) and actress Shoshannah Stern (“Supernatural,” “Weeds”). But as “New Amsterdam” casting directors Lauren Port and David Caparelliotis said while accepting the Casting Society of America Award, “it felt odd” that authentic casting actors with disabilities was award-worthy in the first place — it should just be the norm.

To find out just why authentic disability representation in the media is so important, The Mighty caught up with Media Access Award honorees, hosts, presenters and attendees on the red carpet.

@NyleDiMarco talking about he had a perfect life growing up versus the “hard” life that everyone expected him to have. “Able bodied people think it’s literally impossible for disabled people to be happy….why?..it’s how tv and film portrays us…how do we change this?… pic.twitter.com/lP8QljGb8l

“Deaf people were never represented on screen well when I was growing up, and it has done a lot of damage because often hearing people have missed [the chance] to see what deaf people are, what our culture stands for, what our life was like growing up, and that frames us in a negative light. Authentic representation and inclusion in Hollywood would frame us in a better way. And that’s what’s important to me.” 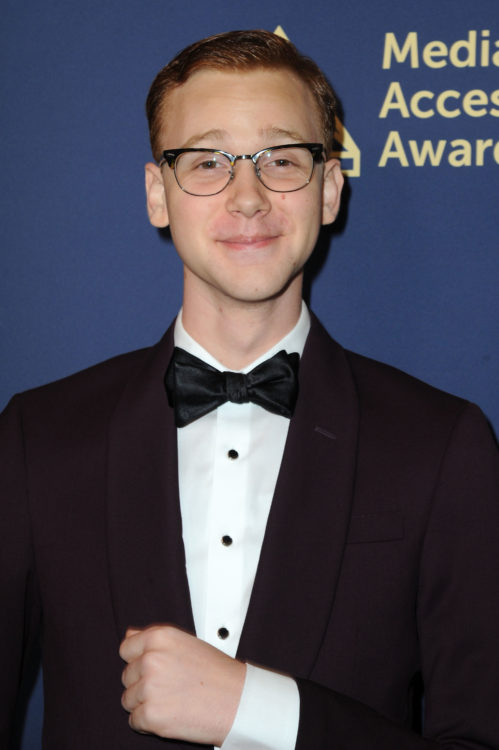 “It matters so much because my entire life I’ve been wanting to [act], but the problem is, people with autism, it’s difficult for us because at the end of the day, they don’t think we have what it takes to act or to do what we want to do. … We have to really spread the word that just because we are disabled, this doesn’t mean we can’t do what we want to do.”

Loved hosting this event last night! Thank you for having me Media Access Awards! ???? https://t.co/bQ7ovMCR1V

“If it’s not authentic, then it’s not disability representation. I would love to say that I’ve already seen good disability representation that’s not authentic, but I haven’t. No matter how talented actor is, how committed they are, they’re still not living the truth. They are dipping in and out of the truth. So when the cameras stops rolling, they step out of it, then that’s not authentic. You lose an opportunity there. to educate. You lose opportunities for people to learn how it is to communicate with a person, how it is to make the set accessible, etc. So all of that is lost. The person is just playing the role that they could take off — it’s almost like a costume that they could take off at the end of the day — and disability is not a costume.” 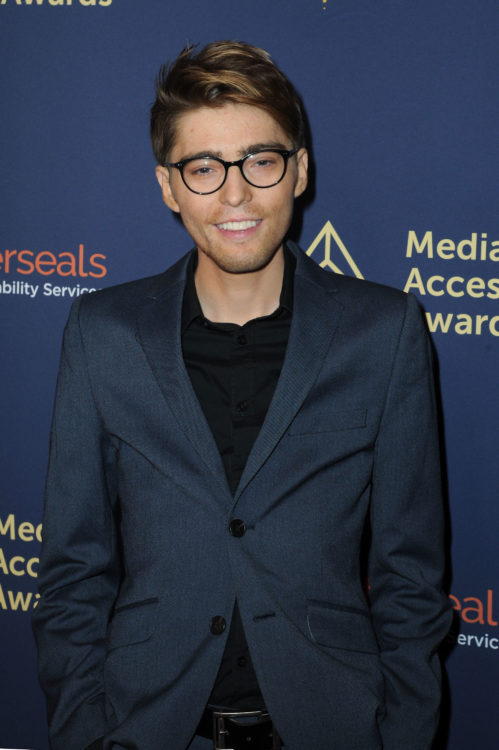 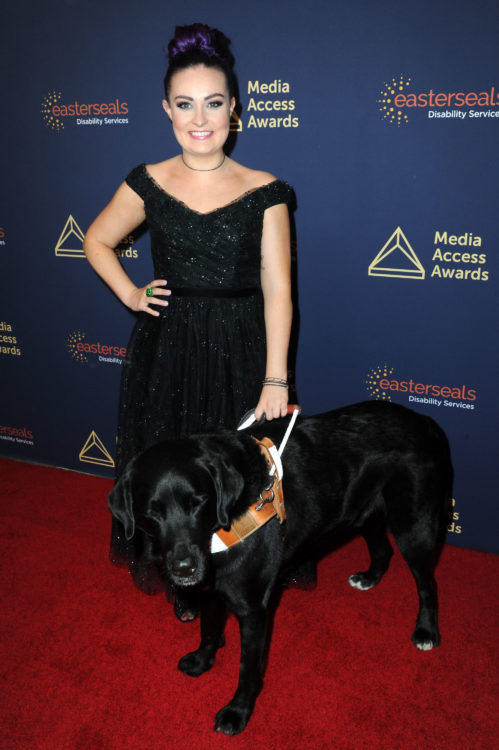 “I grew up with a lot of people not understanding me. Obviously my doctor’s, my family, they understood, because they see the diagnosis, they see the medical reports, they do the testing, but so many other people would look at me and I didn’t fit the narrative that they’ve been served with disability. And it made it really hard. … That’s what I faced when I started YouTube. Is all of these, ‘She’s faking it. She wants views, she’s faking it for views.’ And I was like, ‘Look, if I wanted views, this is not how I would do it. It took me two years of posting consistently to hit 5,000 subscribers. This isn’t what’s getting me views because disability isn’t sexy. But it should be and it can be and that’s the change we need to make.”

So honored to accept this award on behalf of everyone at @NCISNewOrleans. My name may be on the award, but every episode we create is a true collaborative effort. None more so than episode 518, “In Plain Sight.” Please check it out on iTunes if you haven’t seen it already! https://t.co/qaoGUS8ROg

“Disability is not a costume that people can take off. It’s our identity. Try as non-disabled actors might, they’re never going to give the true performance that a disabled actor would, because they just don’t have that lived experience. So to portray our experience, the full extent of it, I really think you need people who have lived it.”

“Oh my gosh, it’s so important because a lot of times in society we’re not seen. And so when you cast authentically in a film, and it says Hollywood sees me, then the rest of the world ends up seeing you as well. So it’s necessary. It’s crucial.” 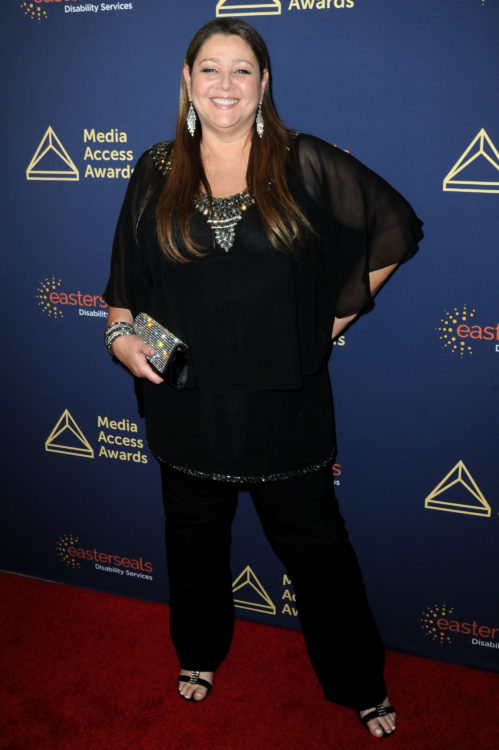 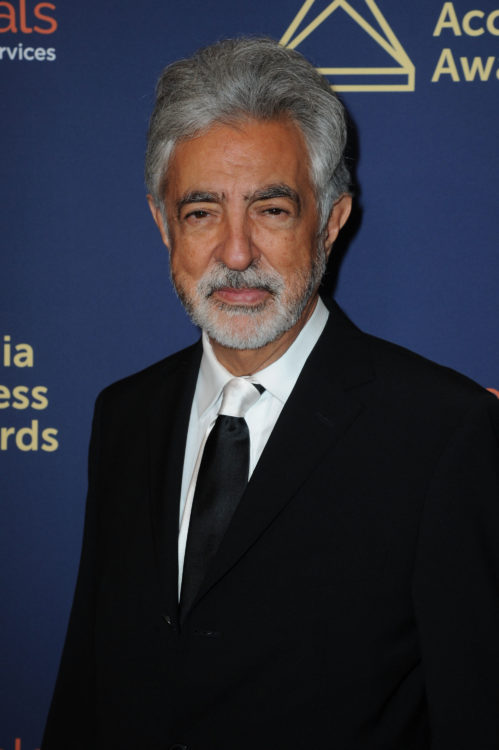 “The media is the way to reach people. People with disabilities are people themselves so they need to be represented. And probably without the media’s help, we’re talking about a minority that probably doesn’t necessarily get the same fair shake that other minority groups do. That’s why it’s important.”

“It’s highly important because people at home see themselves on television and film. That way they know that everything’s possible.”

“[Gigi Cunningham] is a perfect example of why it’s important. Because when I first realized that I had to cast someone to play a part of a girl with Down syndrome, I was concerned about hiring someone with Down syndrome. I didn’t know if I could get the performance out of them. … And after meeting her, she so dazzled me, so just blasted past any concerns. When she came to do the part, just so natural, so much a part of her being, it just showed through perfectly and it really transformed me. I now get the value of hiring people with disabilities.” 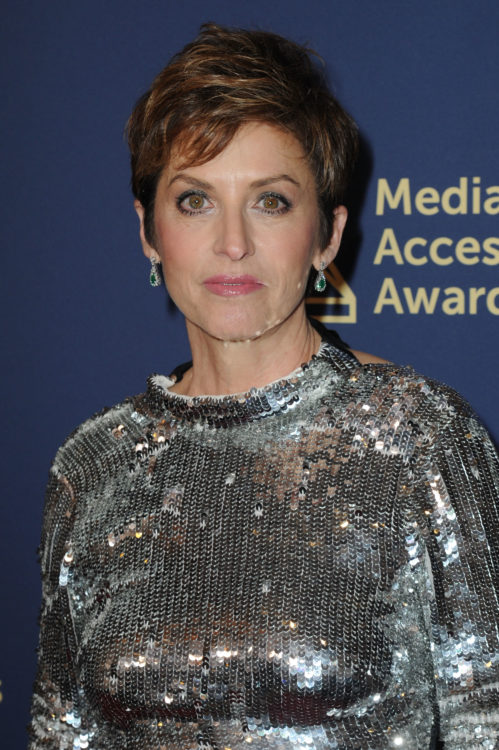 “The same way as you wouldn’t want a white actor to put a black face, you don’t want to an actor who is not disabled to play a role that speaks of the disability experience. I think that actors with disabilities have … opportunities for them to really train and auditioning and to have an opportunity, that why would you have an abled-body actor or a non-disabled actor do that. So authenticity is really important because that is a unique experience and that is something that an actor who really who has a disability can bring to the role.” 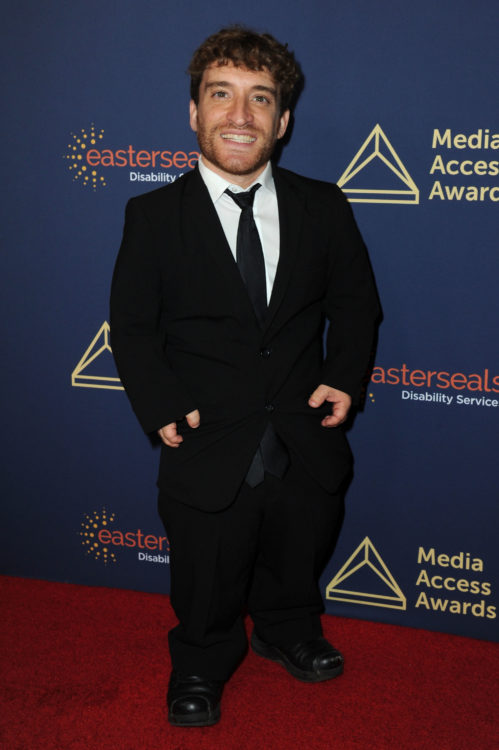 “As a little person, I want to see myself represented. People with disabilities, we’re 25% of the population, we’re seen in less than 3% of film and TV shows, so when we’re actually involved in creating our own content, then ultimately as somebody with a disability, we’re able to actually see a reflection of ourselves. And the more we see ourselves … as a bank teller or a lawyer, it destigmatizes the disability experience, and it really lets people with disabilities see themselves represented.” 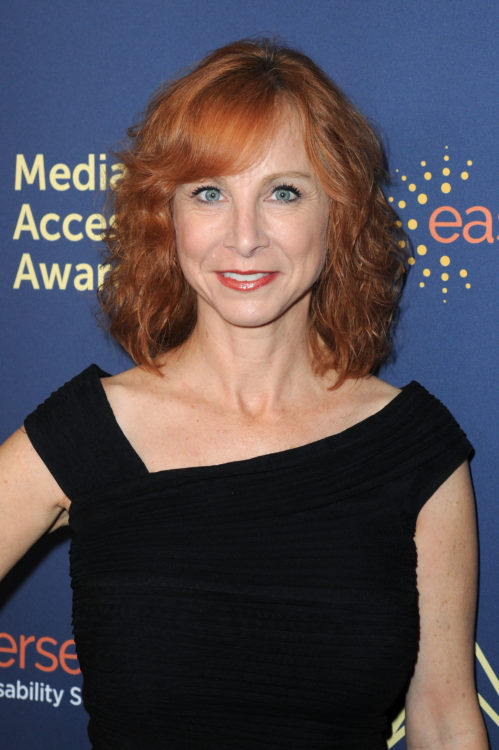 “The disability community is the largest minority population in the country and they want to see themselves represented on TV and in film. So Easterseals is here to partner with the Media Access Awards so we can celebrate those who are doing an authentic representation well, and hopefully, that encourages others to do more.”

So good to see @Shoshannah7 tonight at the Media Access Awards. We are in great company, among other wonderful #disability #inclusion advocates within the industry. @MediaAccess4All pic.twitter.com/Uf4cRdOMfa 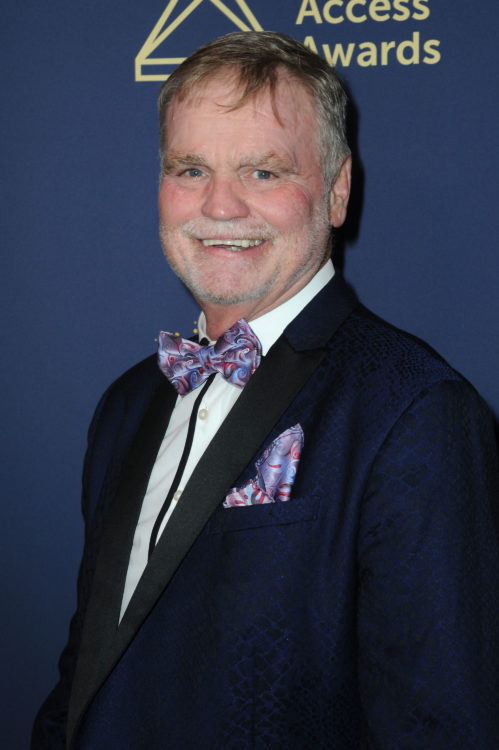 “Actors always put on the cloak of whatever character they’re taking on. But if we allow an actor to play disabled, then we are we are continuing the largest segment of the population, which is about 60 million Americans, the right not to self-representation.” 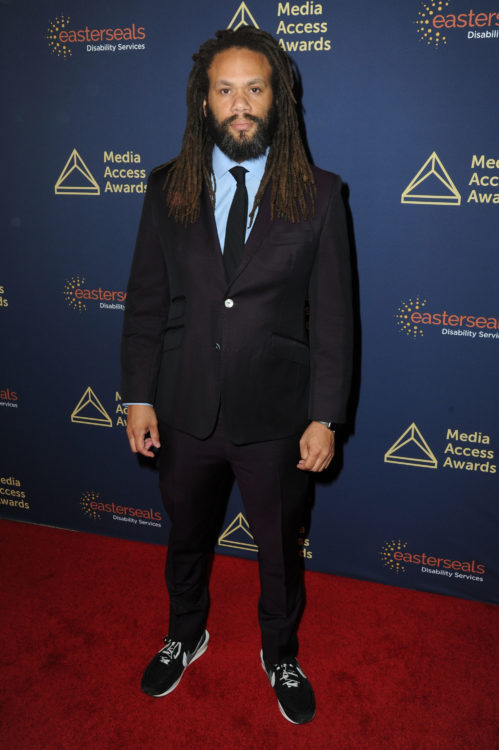 “We live in a time where politics live downstream from culture, and when people can’t see themselves represented in the culture, they can’t reasonably believe what’s possible for their lives. And maybe more importantly, when other people who are not part of their communities don’t see those people in the culture, they underestimate them too, which I think is critical, especially right now. … As an audience member, I want to see a rich, fully representative inclusive culture, just so I can see better movies to say nothing of the politics of it. So I think there are myriad reasons. But for me, the most important one is that our culture should represent our lives and if it fails to we all lose.”