Your stomach is knotted. But you’ve prepared. It’s go time. Outwardly, you fit in with your peers. Only you know about the invisible disability within you that no one else can see. The thing that makes you different. Not “normal.”

Here are some key ideas to help those of us with invisible disabilities feel traction in our identities and voice this school year. We begin with: 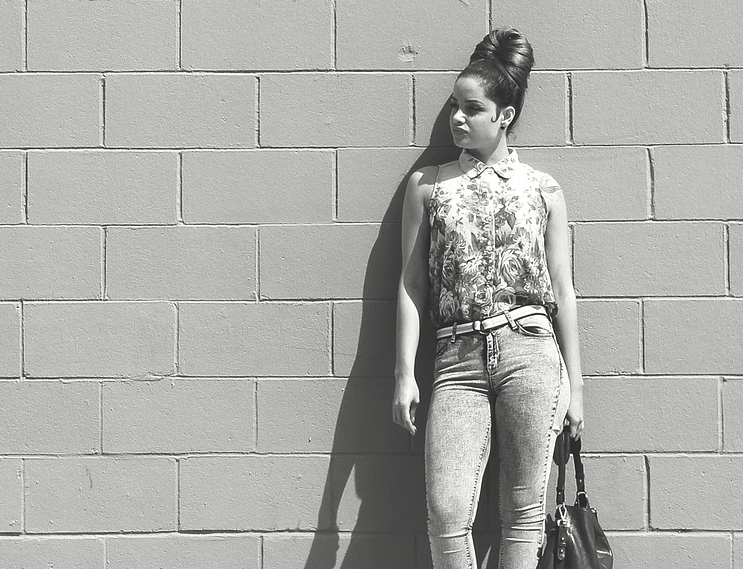 That’s right. Normal is a fantasy. Bodily and neuro diversity among our school peers is the factual “normal.” The human is imperfect, unruly, and real. This whole notion of carefree, easy brilliance, easy beauty, easy health is a fantasy, and one that puts too much pressure on the majority of us who may be a little different. What is the standard for “normal” that we hold ourselves up against? What is that pressure that leaves us feeling less than?

There’s a name for this perfect version of the human that is quietly cherished in our culture. We’re talking about the “normate” — a mythical human who is unmarked by identities that have been culturally stigmatized, like non-whiteness, non-maleness, and disability.* The “normate” is all around us. He’s the sturdy, youthful, independent, self-made man right out of a classical Greek work of art. He’s the perfect, airbrushed, 2D image in magazines and on the television screen. Oh yeah, and he’s not real.

So as you’re wandering the halls this fall on the first day of school, don’t bother keeping a lookout for this “normate” character. He’s a fantasy. And knowing that normal is a fantasy is the first step toward disengaging the fantasy, and engaging the real, which includes bodily and neuro diversity. 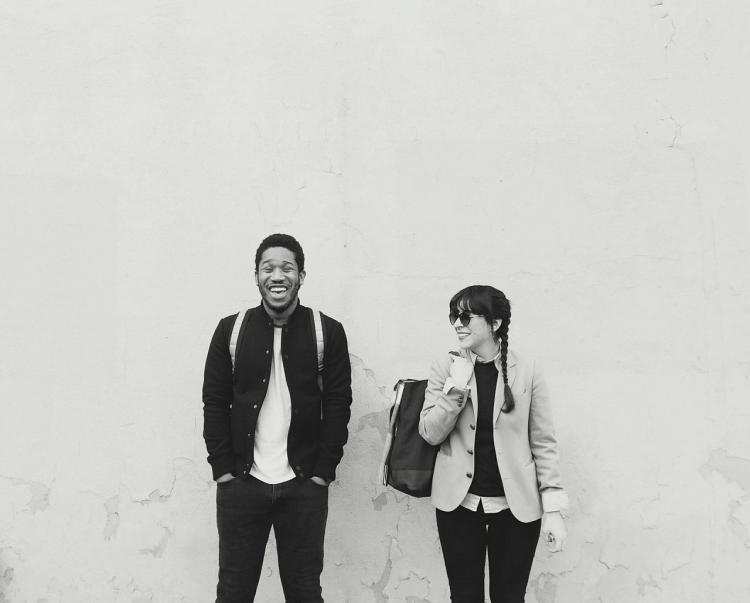 While the “normate” is out there wreaking havoc on the social world, he may also be feeding another beast that’s a lot more personal. We’re talking about FOBO, or the Fear of Being Ordinary. FOBO emerges within us from distorted social perspectives and expectations. But how do we keep it in check?

Whether it’s school, family, or a peer group, the social world around us can be unyielding when it comes to expectations about ability, performance, and endurance. The social world asks, “Why should anyone ever be ordinary, when they could be exceptional instead?” All it takes is determination, willpower, effort, and a positive attitude, right?

Wrong! Those expectations sound a lot like something the “normate” might say, and they are a fantasy. But the pressure is real. We may begin fearing that even when we’re doing all we can, we’re still not enough. Not involved enough. Grades aren’t good enough. Not able to socialize enough. Body, not strong enough. Mind, not fast enough. Just not enough.

Here’s the reality: our diverse bodies and minds have different needs, and sometimes we may be on a completely different bodily rhythm than that of our peers. This may feel especially familiar for those whose invisible disabilities fluctuate from day to day, or hour to hour. Sometimes you’re able to do things, and other times you’re not. Both are OK. Both are “normal.”

Anyone can feel the effects of FOBO, but for some of us with invisible disabilities, FOBO can do serious damage if left unchecked. FOBO moves in and tells us, “Do more, try harder, push through it!” But our bodies may really need rest and self-care. School, extracurriculars, work, and our social circles will not always flex to meet our bodily and neuro diversity. This is where self-advocacy and allies are key for people with invisible disabilities. If you start feeling FOBO, maybe it’s time to pause, listen to your body, and engage in what’s real for you.

Now that we know ordinary is not something to be feared, we can engage in ordinary acts of self-preservation. This school year, practice saying “yes” only when it’s really right for you, and practice saying “no” more often. Your body and mind need care, even if that means letting someone down. 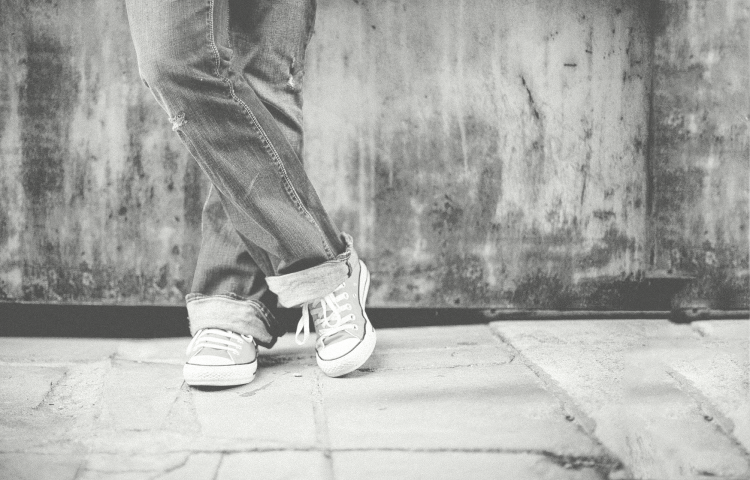 #3. Your Identity Is Yours.

No one can tell you who you are, or who you are not. The cultural “normate”? Oh yeah, he’ll try. And some days, that feeling of FOBO will get the best of us. You may find yourself shaken by these powerful social forces from time to time. But at the end of the day, your identity is your own.

Identities evolve. Yes, that’s right. There is a constant interaction going on between your own bodily and neuro diversity and the changing environment around you. No matter our bodily state, our gender, or our sexual preference, as the days move and our environments flow, so can our identities.

While it may not apply to everyone, identities do evolve, and that’s more of the rule than the exception. It is perfectly OK to claim the identity that works for you right now, and to change that identity again later, if it feels right to you. Only you own you. Period. 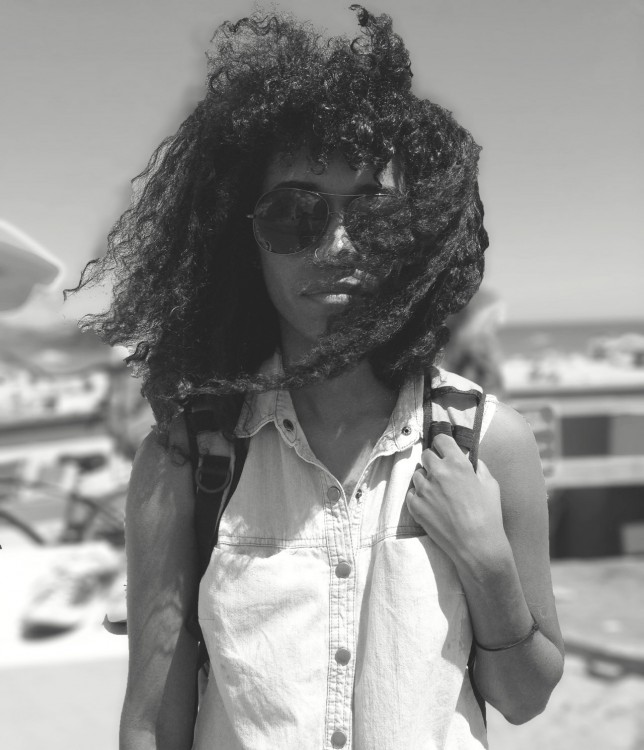 Now that we understand normal is a fantasy, we can guard better against FOBO, and our identities belong to us, this final idea takes it to the next level. If you have an invisible disability and you feel isolation creeping in because you are just feeling too different: speak out. Silence can be golden when it is directed. But let’s get clear, when silence is a reaction to isolation or shaming, it is time to speak out and make some noise.

Disrupting the silence brings your voice to the fore. We all have the right to coexist, no matter our bodily or neuro diversity, and no matter our identity. When we disrupt silence, we reclaim our identity, our voice, and our personal agency to move through our social world with confidence and personal freedom.

*The term “normate” was coined by Rosemarie Garland–Thomson in Extraordinary Bodies: Figuring Physical Disability in American Culture and Literature.

Invisible Disability Project (IDP) is a social/cultural movement and an educational media project that consciously disrupts “invisibility” imposed upon unseen impairments at the intersections of race, class, gender, and sexuality. We are devoted to building human connections and self advocacy by dismantling shame and stigma. IDP effects change through educational films, public conversations, and interactive online content with the goal of creating an informed, mutually supportive community.