Why Should Disability Have to Directly Affect Us for the 'R' Word To Be Offensive?

Today is the official day of awareness for the Spread the Word to End the Word campaign.

Per usual, I’ve been reading posts from various bloggers who I often read, and today a particular post struck a nerve with me – not in a bad way. The author wrote, “You’re not offended until it affects you,” as a response to someone who simply doesn’t understand why the word “retard” can cause one to get so “worked up.”

I paused for a moment and let out a not-so-silent Amen! to myself. And then, I paused once more as I thought about my experience and how true that was for me personally. Which then led me to think, “Wow, it’s such a shame that it took disability directly impacting my life before I changed my mindset.” Finally, I realized how true this is for most people.

So many people vehemently defend their “right” to say the r-word by citing their right to free speech among other erroneous excuses (see the article linked above), but what all those excuses boil down to is the fact that the people using them likely have zero experience with people who have intellectual disabilities. They don’t understand the “big deal.”

If these thoughts have never crossed your mind, you’ve probably never second-guessed your “right” to say the r-word either, but that still doesn’t make it OK for you to use the word. When we correct you or bring it to your attention, it’s not to embarrass you or chastise you – it’s to educate you because we know you might not have had a clue how that word affects us and our loved ones. We know because we’ve been you.

So many of us grew up using the r-word and never gave it a second thought. But then we grew up and maybe had a child with a disability, and “retarded” became part of the diagnosis. Suddenly, the word lost all of its hilarity. I was ashamed and embarrassed that I ever used that word so frivolously. Suddenly, the word had real meaning. And it did not mean stupid, pathetic, loser, less than, ridiculous or any other word the r-word often replaces. With a single word, our dreams changed, our world turned upside down and our instinct to protect our child from ever hearing the word kicked in. Suddenly, it became a very “big deal,” and it was no longer “just a word.”

You’re not offended until it affects you.

Why should disability have to affect any of us at all before we’re offended by the r-word? I love my child unconditionally with no end, but I would not wish any of the struggles we have had on anyone, simply so they understand the true significance of a word. Don’t wait until it’s too late. Rare disease affect 1 in 10 Americans. One in 68 children have been diagnosed with autism. The prevalence of other disabilities is just as great. Chances are, you do know someone with a disability. They may not be your child or your family, but they’re human, and they have feelings and they deserve your respect. The r-word hurts an entire population of people, just as racial epithets do. It doesn’t belong in our vocabulary and should no longer have a place in our culture. Find the compassion in your heart and hear my words. I don’t want you to know the hurt I’ve felt. Take a stand now. If one day, you learn your loved one has an intellectual disability, you will be spared the shame and embarrassment I faced when that word became more than “just a word.”

Take the pledge now and Spread the Word to End the Word. 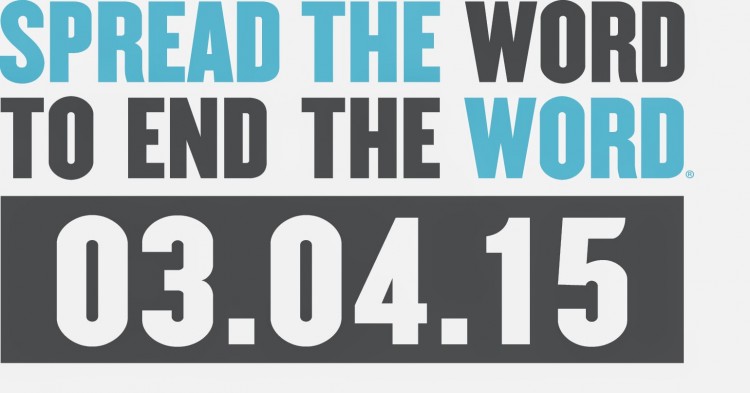 This post originally appeared on Journey Full of Life.

Vanessa Vaughan is a work-at-home-mom of three children. It is the journey of her son, Braxton, that thrust her in to the special needs world as Braxton was undiagnosed for two years before finding a rare diagnosis of Rubinstein-Taybi Syndrome. His older sister, Aileen, has been amazing with her little brother and has her own struggles with ADHD and Anxiety. Brooklyn is the youngest who joined the family in January 2017. Through Braxton’s diagnostic journey, Vanessa met a local non-profit, U.R. Our Hope, that specializes in helping families with Undiagnosed and Rare medical disorders and she now serves on their Board of Directors.