It was January 2014, a few minutes into my 12-week ultrasound, and I was staring at the tiny body growing inside me. I could see it from the side, 10 times larger on screen than in real life. As it moved, the technician pointed to various shapes and shadows, identifying them as much more. There was the heart. There, the bottom of a foot. I nodded and played along, seeing nothing but head, belly and blackness. Suddenly, clear as day, a little arm shot out. A fuzzy white line ending at a blob of hand. It tilted up towards the head for a split second, then back to its original position. Then it was gone, quick as it had come.

I was 38. Old enough for healthcare practitioners to treat pregnancy as a dangerous condition. Old enough for every consultation to include the words “because of your age.” Because of your age, there’s a higher risk of complications. Because of your age, you should consider taking these tests. The nurse handed me a stack of trifold brochures to look over. All the covers featured glowing women (not of my age) smiling down at their growing bellies calmly and confidently. Everything was going to be a-OK. And they knew it.

“Hi, Mrs. Levine, this is Dr. Morning. We’ve received the results of your Panorama. Please call me back as soon as possible.”

The Panorama was the mother of all prenatal screenings. As early as nine weeks, it could tell you your baby’s gender and the risk of it being born with a whole slew of different genetic abnormalities. I took it at 12 weeks. At 13, it told me that my baby probably had Down syndrome.

“How accurate is it?” I asked. From the brochures, I knew it was the most accurate screener on the market. But I needed to hear a different answer.

“In our experience, these results are highly predictive. Not conclusive, but at this stage of the pregnancy, we need to move as quickly as possible to determine the next steps.”

I listened in a daze while she outlined what those next steps were. The words sounded foreign. Trisomy 21. Geneticist. Amnio. Diagnostic. Decision. I heard them, but couldn’t understand them.

“Do you have any questions, Mrs. Levine?” I almost said no, but realized I did.

For the next few weeks, my husband, Charlie, and I kept ourselves as cut off from the world as we could get. We talked. We sat in silence. We cried in each other’s arms. We yelled in each other’s faces. We lost ourselves in a never-ending network of online forums, blogs and videos. We ran from one doctor’s appointment to another, then another, then another. We didn’t tell our family. We didn’t tell our friends. We didn’t tell anyone who might have a thought, an opinion or a piece of advice. And we spent every second of every day being afraid.

We were afraid the baby would be born with one or many of the myriad physical complications that can accompany Down syndrome.

We were afraid we couldn’t afford to take care of him properly.

We were afraid taking care of him would rob our other son, Maxon, just a year old himself, of the time and attention he needed.

We were afraid we would have to spend every day at a doctor’s office or therapy session.

We were afraid he would be disengaged, unresponsive and incapable of bonding with us or his brother.

We were afraid we would be disengaged, unresponsive and incapable of bonding with him.

We were afraid that having this baby would destroy our family.

We were afraid that not having this baby would destroy our family.

Through all the tests and all the analysis and all the exploring of all the options, one indisputable and concrete fact stood out in my mind.

Though this was the worst decision I’ve ever had to make in my life, I’m grateful it was mine and Charlie’s to make. It was based on our own experience, our own situation, and our own interpretation of our own reality. What it was not based on was our fear. Words will never capture how grateful I am for that.

In the year and a half since Cooper was born, he’s grown into a healthy and happy little boy, chock-full of love and personality. He’s proven himself a wonderful son and loving little brother. He’s become an indispensable part of the family. And guess how many of our initial fears about him have actually materialized? Zero. 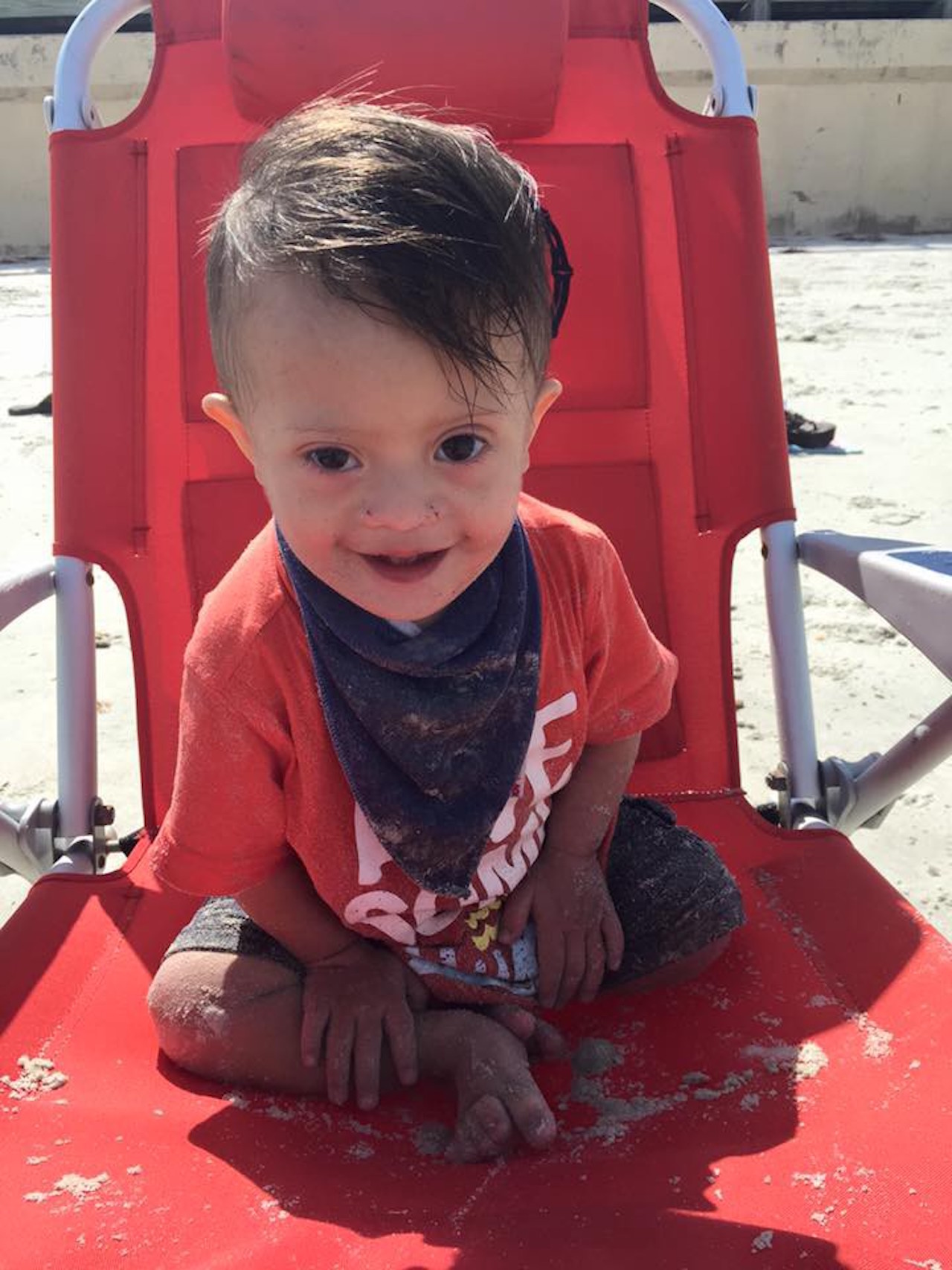 Every decision, big or small, forces you to consider the possibilities. Sure, you’re bound to think up some bad stuff. Scary stuff. Stuff that could totally wreck your life, should it happen. And it could. But do yourself a favor the next time you’ve got a choice to make. Be sure to take that powerful imagination and point it towards the good stuff too. Spend as much time relishing the best case scenario as you do dreading the worst. And come crunch time, don’t let your fear take the wheel. Granted, your decision might not be as drastic as mine. But chances are, there’s still a life on the line, even if it’s just your own.

I&#8217;m a writer, creative director, wife, and mother of two fantastic little boys, one of whom has Down syndrome. I write about my journey with him on The Mighty. And about my journey in general on my blog, Operation Goosebumps.