My Son Is Not 'Special' Simply Because He Has Down Syndrome

My son and I waited in line to go down a waterslide for his first time; he was excited. The employee at the top came over and picked him up. I thought she was going to measure him to make sure he was tall enough to go on the slide, but instead, she started saying, “He is special boy, he is special boy.” Then she said, “I will let you go down together one time because he is special boy.” I tried to put him on the slide on his own because I knew he could go independently, but she required us to go down together. Sadly, she saw he has Down syndrome and made assumptions about his abilities.

As I laid in bed that night, I replayed this event in my mind and tears filled my eyes. I felt like I had failed my son because I didn’t stand up for his right to go down the slide on his own, but I also didn’t completely regret the way in which I responded. I felt like I was in a no-win situation. I do wish I would have stood up for him so he could go down the slide independently and proven to that lady he could do it. But, because my son was completely content to go down with me, I was content with the way in which I responded. 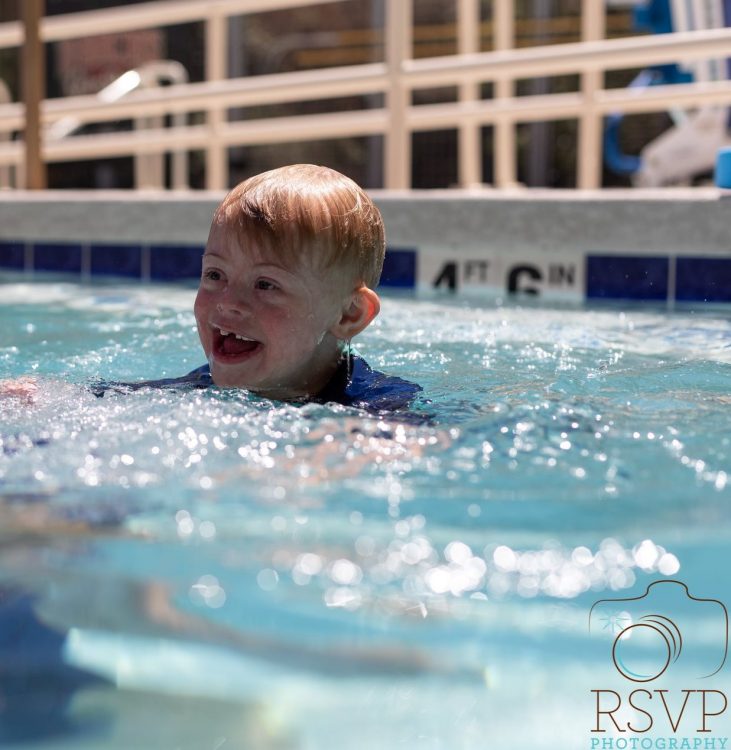 But, I didn’t say any of that.

Advocating is a delicate balance of knowing when to speak up and when to take a deep breath and move on. I’m still working on that balance. I knew the waterslide lady thought she was doing the right thing. I could see her heart was in the right place even though her words and actions were so very wrong. From my son, I have learned to assume the best in people. To see a good intent and focus on that. I am still working on it, but on this day, I chose to see the best. But, I was also left ignited with an intense need to advocate stronger and harder for systematic and cultural changes.

Based on the waterslide worker’s age, I suspect she did not go to school with an individual with a different learning style than her own. I’d guess children receiving special education services were segregated from the rest of the students in the school or more likely, sent to a different “special” school altogether. Which, unfortunately, is still happening today. She and many others have been taught their whole lives that individuals like my son are different: “special.” That they have hard lives and were in need of charity and pity. That mentality is what needs to change and it starts with inclusion. Inclusion breaks down stigmas. Inclusion starts conversations and increases understanding. Inclusion celebrates everybody’s abilities.

I don’t want my son to receive special treatment. I want my son to receive fair treatment. In this case, being allowed to go down the waterslide on his own, same as the other kids. As the mom of a child with Down syndrome, I don’t need (or want) anybody’s pity or charity. Our family leads a fulfilling and happy life full of love. I don’t want special treatment or exceptions. And I certainly don’t want stranger’s outdated perceptions of his abilities. What our family does need is to feel included in our community and for our son to be given the same opportunities as other kids his age. We need people to focus on what my son can do and to not make assumptions based on his diagnosis. And if you aren’t sure of his abilities, it’s simple: assume he can do anything and everything!
RSVP Photography

Jessica is the mom of two boys. Her eldest son has a contagious smile, wonderful sense of humor and also happens to have Down syndrome. Jessica hopes to help change outdated perceptions by sharing a positive and honest perspective on parenting a child with Down syndrome. She is passionate about the many benefits of an inclusive education and writes the blog 321Inclusion about her family’s experiences.

jessica-crain-2
Want more of The Mighty?
You can find even more stories on our Home page. There, you’ll also find thoughts and questions by our community.
Take Me Home