My Son With Down Syndrome's First Concert

Wil and I went to see Luke Bryan on his Farm Tour at the Kubiak Family Farm in Fowlerville, MI. We parked in a field, with 20,000 other fans, just over a mile from the stage. I grabbed our bag that Wil stuffed with two Luke Bryan pillows, four Luke Bryan hats and four Luke Bryan T-shirts (Wil wore the Farm Tour T-shirt our friend Jen, who secured us tickets, had gifted him). I squeezed in two light jackets and a blanket. I took Wil’s hand and we made our trek to the stage.

When Wil caught sight of the lights on the stage he stopped in his tracks. He let out a breathless, “Mom look!” Though Wil watches Luke Bryan concerts on his iPad daily, the real life experience took his breath away (and seeing through Wil’s eyes, it took mine too).

Wil handled the mile long trek like a champ. Without breaking stride, he put his ear protectors on as the music of the opening band grew louder. When we met the ticket scanner, he came to a complete stop. A long line of fans stood behind us but he refused to move. He knew a threshold was being crossed. I braced myself behind his 135 pound body, wrapped my arms around his torso, and forced him forward (At 14 years old, he’s grown past the point of my picking him up).

Wil suddenly needed the bathroom excruciatingly. We walked to a long row of porta-potties. Each had an extensive line. I quickly scanned the row for a handicapped porta-potty then walked Wil to the front of the line. I explained our situation. Wil crouched down to the ground and clamped his hands over his ear protectors.

“What, does he have autism?” The woman in front of the line asked.

“He has Down syndrome. He is in a lot of distress. And this is the handicapped bathroom.”

I don’t think that authorized me to take cuts but I was desperate. A woman behind us in line said we could take her spot. She then asked to hold my bag. I thanked her profusely. The couple in front of her then said Wil could take their spot. With this overflow of kindness, the woman in the front of the line relented. When the porta-potty door opened, Wil refused to go in! I again braced myself against him and pushed him into the stall.

After crossing that hurdle, we found a space in the field and spread our blanket. Wil relaxed. I stacked his two pillows and he sat down on them. When Wil recognized a song the opening band played, he jumped up, danced and sang.

When Luke hit the stage, Wil never sat down. Wil kept up word-for-word with Luke, rocked his body and pumped his fist. Multiple fans surrounding us walked over to comment on how much they enjoyed Wil’s energy.

When Luke played “Waves,” it seemed not as well-known as crowd grew perceptively quieter but Wil didn’t miss a beat. How fitting, I thought. Wil knows better than most how waves work. The crest cannot be reached without friction. When Wil was ready to leave, he sang with Luke as we walked back to our car; the concert ended before we reached it. We began our drive home and Wil talked excitedly about the concert, then fell silent. A light snore escaped him. 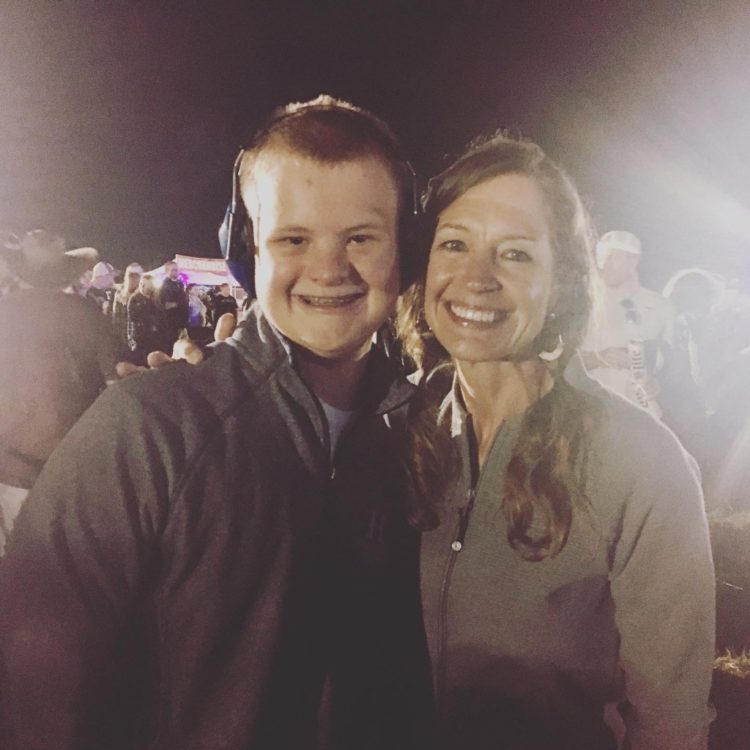 Christie Taylor is the creator of the website, www.WILingness.com, and author of "Stories of Wil: Puberty Part 1" (Amazon.com: amzn.to/30mFoZ5) Christie believes that if we all had the opportunity to spend a day with our loved ones with Down syndrome, many of the stereotypes and stigmas would dissipate. Christie invites you, through her stories, to spend a day with Wil. The more the merrier!