When my son, George, who has Down Syndrome, was in the middle of second grade, we moved to a different house in a different part of town. This was a good move for our family: a larger house and a better school district. The move was hard on George. He was having trouble with the transition. We also went from a school willing to fully include him to a school that wanted him to be in a self-contained program.

After many meetings, much debate, an attorney and an advocate, we agreed on a hybrid model of placement in a self-contained special education classroom balanced with mainstreaming into typical classes in one or two academic subjects and all elective classes: Technology, Music, Physical Education and Library. Even though I wanted him around typical peers throughout the day, I clearly didn’t have the staff support of full inclusion. I thought the hybrid model was a compromise to support behavior and academic needs.

The music teacher came to several school meetings trying to convince me regular music class was not for my son. Once she said, “Your son is teased by his classmates in music class.” Another time, “In regular music class we read, write and compose music, adapted music is a better fit because we sing and dance.”

I tried to fight back, “As mandated under the IDEA Act, he must be provided with accommodations to participate in the least restricted environment. He can still attend adapted music, but I would like him to be in regular music as well.” I made suggestions on how the aide could adapt the curriculum. A few attempts were tried but George continued to be served in only adaptive music through fourth grade because regular music was deemed too hard and he couldn’t behave.

In fifth grade the music curriculum changed. Instead of general music, kids were placed in band, choir or orchestra. George wanted to play clarinet like the character Squidworth on “Sponge Bob.” He was enrolled in regular band class with a new teacher. Would this be too hard? Could he behave?

All year I never heard a complaint . In May we were invited to a band concert. George behaved quietly and appropriately. He kept up with “Fere Jacques,” “Ode to Joy” and an impressive Queen remix of “We Will Rock You.” Were there a few clunkers?  Yes, those were probably notes by George. Did he stand a little too long after the applause stopped? Yes. But other than that his performance was great. This was because this teacher had put his energies into giving George a chance. 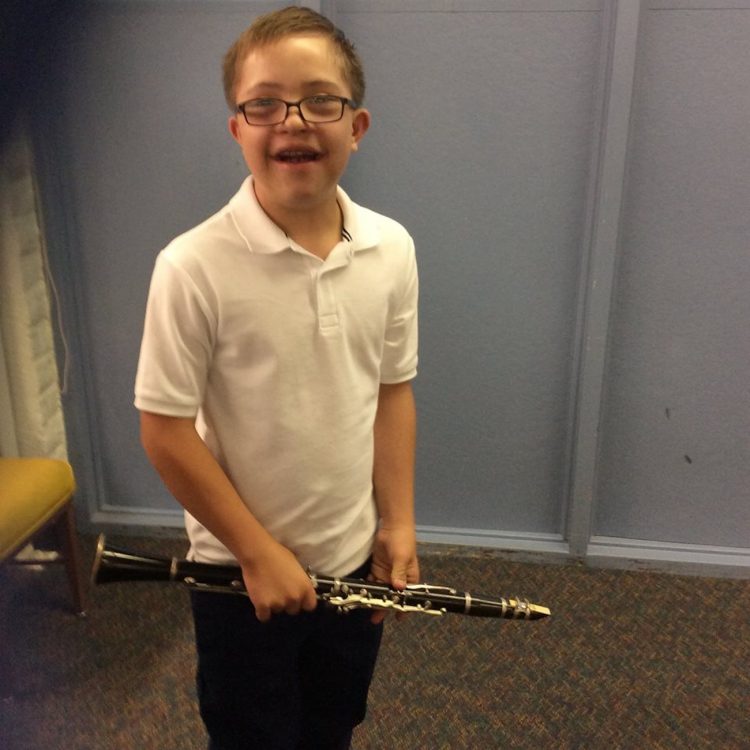 It took every bone in my body not to walk up to the general music teacher and give her a piece of my mind. I think George’s performance may have accomplished that lesson.

I’m the mom of two wonderful boys, one who happens to have Down syndrome. I’m a National Board Certified teacher who is passionate about differentiating for ALL students!