How I Learned to Befriend My Illness

I have had the pleasure of endometriosis for only five months.

A few times in my life, people who I really did not like became dear friends to me. One, an ex. Secondly, that annoying coworker who sometimes hits on you and you’re just like “don’t touch me.” Then there is that one person who you cannot stand and yet you’re forced to see them on an everyday basis because you two have mutual friends.

Somehow, someway… each of these people… now hold a dear place in my heart.

A major part of maturing includes the ability to understand and empathize with different minded individuals. You gotta let love in, but you also gotta give love out.

Maybe we were destined to be friends all along. Maybe friendships erupted because I simply had no other choice… since prison for murder isn’t an option for me. Maybe it’s my personality type. Maybe it’s choosing to look for the good in not only situations, but also people.

Whatever way in which this phenomenon can be explained, I consider myself one of the lucky(er) ones with endometriosis.

The first few weeks post-op following my first ablation surgery were the hardest. I, along with everyone else around me, wanted so hard to believe that my healing, my health, my happiness were just around the corner. So, I would cling to those thoughts. I would cling to a better 2018, and I would cling to this belief that I would be better than ever, once the allotted “three to six weeks” recovery period ended.

But, just with every other unfriendly house guest, endometriosis over-welcomed its stay.

Endo made sure I was never alone. Endo rang in the New Year with me. Endo forced me to get an IUD. Endo said to cut back on school, so I did. Endo made it impossible to work, so I stopped. Endo joined me for my 21st birthday. Endo begged me for my self-esteem. Endo took away my confidence and my health. Endo gave me arthritic ailments and the inability to exercise without excruciating pain. Endo began to harm my relationships. Endo began to question the faith in my God. Finally, endo began to destroy the relationship I have with myself. That was the last straw.

So I got mad. I wrote down in a journal this long and tortured list of what endometriosis has taken away from me. I took that list outside, I lit that list on fire, I stomped it to ashes. Next I told myself, no more.

I wrote down another list, this one full of the things I will do as soon as I am better. My mind raced and visions flooded my head with excitement. This process lasted a solid two minutes before anxiety set in. What if I’m never better? There is no cure.

Mad as hell when I stomped the first list to ashes, I now found myself solemn and teary-eyed.

Teardrops flooded the shreds of paper and I sank down in front of this broken list of better tomorrows to match my inner feelings of smallness.

Next, I climbed back into my bed under the safety of my comforter. I settled underneath the pressure to get better, the pressure to do more, to be more, the uncertainty of a better tomorrow or even a better next year. I settled with this heaviness of endometriosis and I told it I had a better plan.

Endo and I agreed on balancing each other out. I agreed with what my body had given me… what God had given me… and decided that this unwelcome house guest in my home would be treated with the same respect I preached about giving my body. 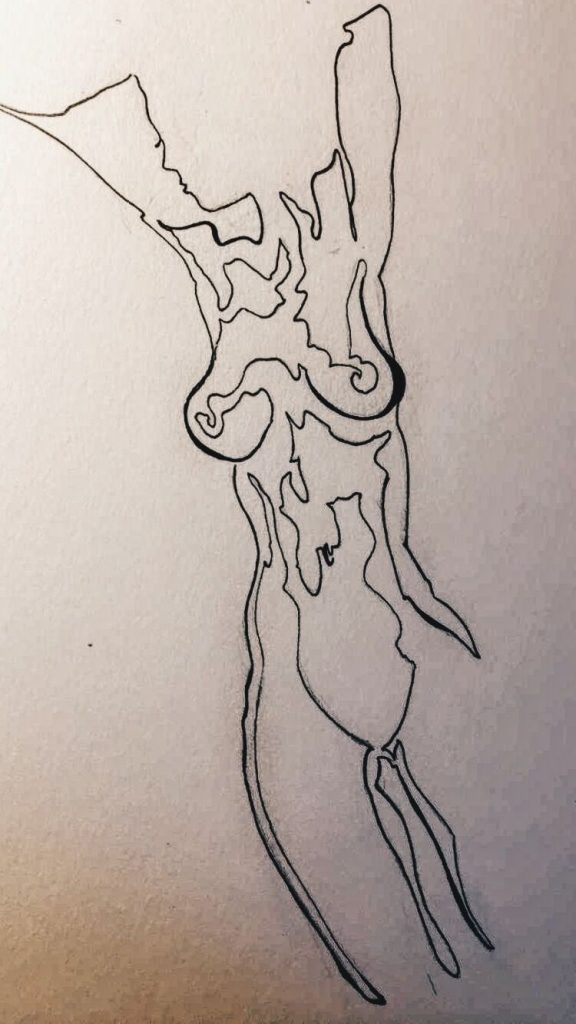 Maybe it’s the circumstances, maybe it’s believing the truth of an illness, maybe it’s my personality type? But, sure enough, somehow, someway… I sort of befriended my endometriosis since our settlement. The debilitating, excruciating, relentless pain of endometriosis is still here. But what’s changed – I meet my pain where it is instead of running from or trying to cover it up.

Ladies, here’s to making the most out of the unfair card that’s been dealt to us, here’s to finding your strength, no matter how long it takes.

Here’s to finding a cure.

But, in the meantime, here’s to settling with our unwelcome houseguests.

Take care of yourselves.

peytonhill
Want more of The Mighty?
You can find even more stories on our Home page. There, you’ll also find thoughts and questions by our community.
Take Me Home