When you see a picture of a person, what is the first thing you notice? Their sparkling smile? Their nice hair or perfect nose, maybe even their smooth lips? Perhaps for some that is what they are first drawn to. Myself though, I now look into a person’s eyes. As I said now at least… before my endometriosis diagnosis entered my life my answer might have not been the same. As the saying goes, “The eyes are the window to the soul.” 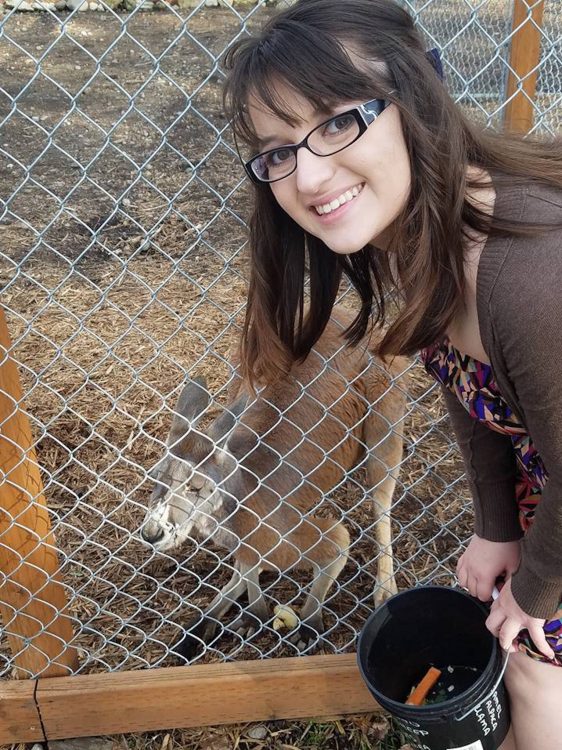 See, I never truly quite understood what that saying was trying to get across until recently — until I looked through and studied the pictures of myself the last few years which, mind you, were the days full of surgeries. These were the years of true heartbreak, and forced personal growth due to making decisions no 20-year-old young woman should have to make. I finally began to understand what the quote meant.

In my eyes I saw a young girl who over the years had the life sucked from her because she had to grow up too fast. What you likely see in the picture is a normal looking, happy, smiling, healthy human being. What you don’t see is the scars underneath my clothes covering my abdomen from five lengthy endometriosis ablation and excision operations, one of which being a hysterectomy at 20. What you don’t see is how sometimes it still hurts to walk from all the scar tissue from all the internal work that needed to be done over the years, how most days I can’t stand up for more than 20 minutes on my own without taking a break to sit down because I get exhausted too easily.

Even more than the physical aspect, you don’t see the emotional struggles I’ve gone through like so many others battling this horrible debilitating disease. Between carrying the weight of all the tears I’ve made my family cry, all the financial burden I’ve bestowed upon them in order to make me even a somewhat functional individual.

For those with endometriosis, you know it doesn’t stop at a family level. It goes beyond that into personal relationships. My mind first goes to my friends I’ve had for almost as long as I can remember. After I began getting sick we slowly drifted apart at times, the guilt I feel for neglecting my friends because of my health is something I think of on a daily basis. While it isn’t something that can be helped, your mind even still goes to the “what if’s.” “What if I never had this disease?” “Who would I have been if the universe decided I didn’t have to live with endometriosis?” The healthy mentality would be to gather up those thoughts, throw them in a box and throw away the key. We know though life isn’t that simple, if it was, us endo-sisters would surely be in a better way.

Personally the one thing that destroys me from the inside out, my biggest demon, is how I will never be able to provide a child to the love of my life. He will never feel his child kick inside of the woman he chose to spend the rest of his life with. I will never get the pride in knowing I assisted in providing the gift that only I could give to him, a baby. Despite how often he comforts and reassures me, my heart aches knowing of what will never be. To know that I had the most precious ability in my mind robbed from me is devastating.

So in conclusion, a picture is indeed worth a thousand words, as also are the eyes that have suffered the loss of a healthy life. When one’s soul has been lost in the storm of chronic illness such as endometriosis, we think we will never be the same and will never be as good we once were. While it is true I am not the same and never again will be, I realize this was not just a game of losses. I did gain a few things. I gained the ability to know I would be able to endure whatever adversity would cross my path. I learned who my true friends are. I learned that I am not just a burden to my family, for I am also deeply cherished. And yes, while my future husband may never feel our baby kick inside me, he will know his children have a mother who gave her all to protect her life so she could one day raise them and accomplish her biggest dream of all — having a family with the one she loves most.

Indeed I am not who I once was, and yes, life is very different than I had planned, but above all else I know that things are exactly as they should be. I would not be who I am without going through the hard times I did. “Hardships often prepare ordinary people for an extraordinary destiny.” — “The Chronicles of Narnia: Voyage of the Dawn Treader.”