From the moment I became pregnant with my son, James, it was obvious something wasn’t right. At five weeks, my ultrasound showed no fetal pole, and the doctors assured me I would miscarry. Miraculously, I didn’t. Little James appeared at my next scan, severely behind in growth. At 22 weeks, my anatomy ultrasound showed a missing kidney, deformed brain and missing bones in the arms.

I was told over and over not to get my hopes up. James could be born stillborn or die shortly after labor. His brain could be too defected to tell him to breathe.

After James’ birth (via c-section), they showed me my little angel before taking him to the NICU. Adamant to see my child out of fear he would die, I refused pain medication and sedation after surgery. I forced the nurses to put me in a wheelchair and take me to the NICU. I made it there long enough to look at his perfect face before I fainted. Over the next three days, my husband would go up to the NICU, and every time he came back there was worse news. He has five holes in his heart. He has no anus. His GI tract is blocked in several places. He is deaf. He is blind (or so we think because he won’t open his eyes). His brain is basically water.

We were offered comfort care, also known as hospice. In the midst of us taking the time we asked for to think about it, my husband kissed James’s cheek, and he smiled. That was all I needed.

Lesson #1: Quality of life is subjective. James, at days old, felt joy. And I got a picture of it. 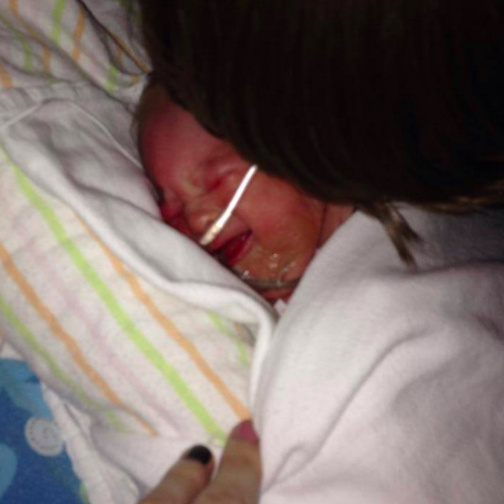 Weeks later, we were told the most heartbreaking news I’ve ever received. Our son has a genetic disorder called Fanconi anemia. Fanconi anemia causes the bone marrow (which makes your red and white blood cells, and platelets) to fail at a young age. The only treatment is bone marrow transplantation, which is very dangerous. In the event that you survive transplant, many people with Fanconi anemia are extremely likely to develop cancer, according to the Fanconi Anemia Research Fund. It can be a death sentence for kids like James. Because of his defects, a transplant would likely kill him.

After months in the NICU, surgeries, ventilators and IV nutrition, James opened his eyes. I’d been having dreams that he would.

Lesson #2: There is a reality outside of our five senses. Whether you want to call it intuition, or spiritual guidance or psychic ability, it’s there. It’s the reality that exists beyond what we perceive — the reality of love, hope, fate, and the power of will.

We’ve had pneumonia, multiple organ failures, more tubes than you have fingers and many brushes with death along the way. Yet, James, with all of his pain and struggles, is the happiest person I’ve ever known. My nights of endless research, my hundreds of phone calls and visits, our family’s dedication to his development, it does not go in vain. My daughter also, at just 3 years old, has learned how to operate a food pump and oxygen. Because where he is weak, we are strong. More importantly, she has learned to treasure every moment she has with James before he goes to live in the sky. 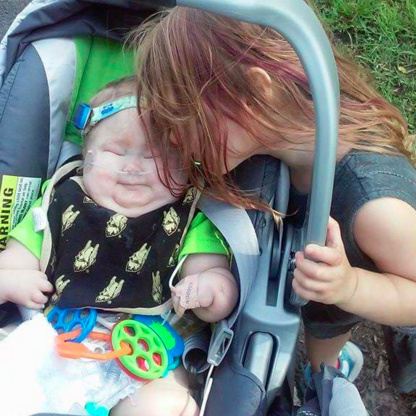 This child was assumed to die at birth. This child, who has a death sentence encoded in his DNA, can babble, sit up, see, grab, laugh and pull down his eye for better vision. He loves to be cuddled, but he doesn’t cry when you put him down or leave the room. He can turn red and gag and vomit for an hour, but he still finds the joy to laugh from the depths of his belly when you tickle him.

Lesson #3: Happiness and love in their purest forms require absolutely nothing. They don’t require a functioning body or even thumbs (James was born without). Love is something you give. And the more you give, the more you have. 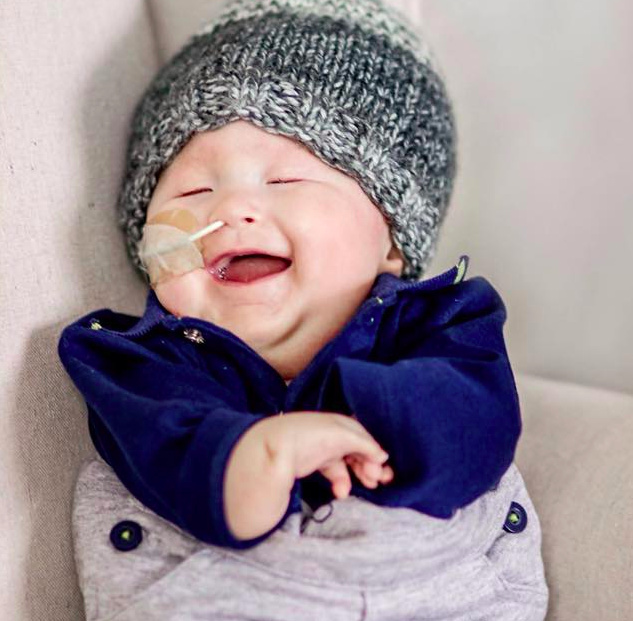 Along this journey, we were introduced to a community of people with Fanconi anemia or loved ones with it. We call them our FAmily. These people, who have or love someone with FA, they know — the universal acceptance that our loved ones will die, but that quality trumps quantity any day. Four FAmily members have died this year. And when one goes, the whole FAmily feels it. The FA kids (and few adults) all have one thing in common that isn’t FA related: Their spirit. When you look in their eyes, you see it and feel it. They are everything you are afraid of. They represent how fragile and unsure life is. And I believe they are happier than other people. 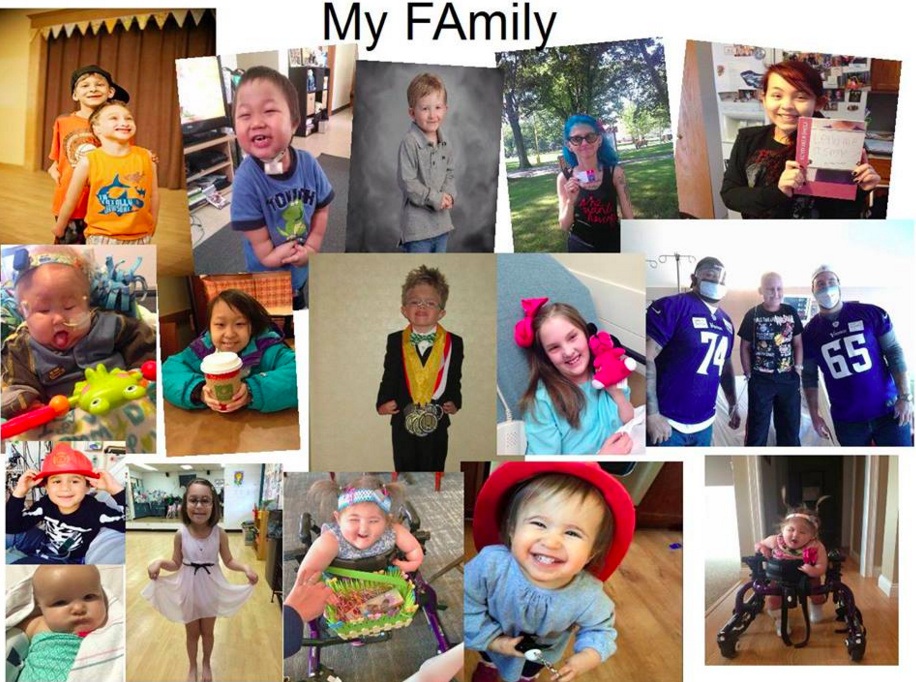 Our FAmily faces the same things. We operate on the reality that life is short. Too short. And death is always at our door. And I believe we are better for it. We donate thousands of dollars to research. We’re there for each other every step of the way.

Lesson #4: We as humans are all in this together.

Just as my FAmily shares struggles and DNA, so do all of us humans. I believe we all have the same heart that works endlessly to keep us alive, the same pain, and we live in the same world. You as a child wanted the same things every human on this planet wanted. To see good done. To love and be loved. To give happiness and be happy. Sometimes we are taught ways to achieve these things differently, but our desire is no different.

How would you live if you were dying?

Would you worry so much about money or pride? Would you do more to help others, and less to help yourself? I encourage you to meet a terminally ill child at least once in your lifetime. I believe it only takes one little sweet coo, one happy giggle, to change the world for the better.

Growing up, one of my biggest fears was death. The uncertainty of it all was so terrifying. I could not, for the life of me, wrap my head around nothingness. The universe, or God, or whatever higher power you fancy, has given me an experience that has changed my soul from the inside out.

I don’t believe death is final. Our FAmily lives on in the way they’ve changed our hearts, minds and souls. But being aware of death has made my life so much more valuable. 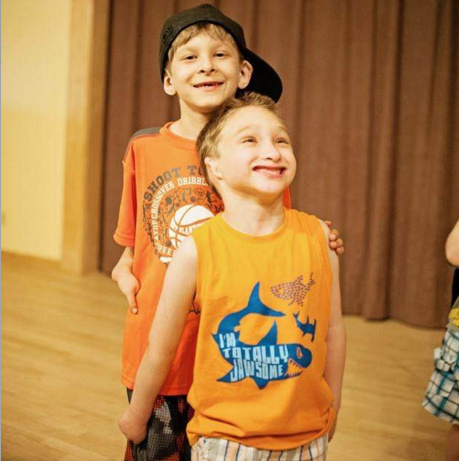 Jessica is a young stay-at-home mother of two beautiful children. Her heart is in philanthropy. Before taking a break from school, she was a biology major. She&#8217;s hoping to make leaps and bounds in genetics one day.

jessica-grady
Want more of The Mighty?
You can find even more stories on our Home page. There, you’ll also find thoughts and questions by our community.
Take Me Home