You were a bright, red-headed curious thing into skateboarding, swimming, biking, fishing, adventure, and skipping school.

I was a shy wallflower whose parents had just gotten divorced. Now our parents had decided to bring us, your brother, and my sister on a weekend getaway to your dad’s houseboat to all get to know each other.

It was the summer of 1975, and we piled into the back of your dad’s yellow Toyota truck with our suitcases, towels, snacks, coolers, games, and drinks.

We had a blast at the lake that weekend, cooking out, driving motor boats, fishing, and listening to disco music blaring as we ran up and down the dock. As the sun set that weekend, we never knew that we would spend so much of our time there and at the bait shop — memories made to the tune of John Denver music. Your dad and my mom loved it, and we all grew to love it too.

I remember that the first weekend at Lake Lanier where the houseboat was docked, I jumped in the water confidently with my horse float as you energetically told me I wouldn’t go underwater. I did, of course, and I came up crying. You denied telling me that, and you never got in trouble.

You always teased me with that song “Why Can’t We Be Friends” because you were always aggravating me.

On the way home that weekend, your dad decided to go through the drive-thru at Dairy Queen and get us all banana splits. As we tried to maneuver eating our ice cream in the back of the truck with the wind whipping and towels flying everywhere, my sister Cindy opened up her suitcase to retrieve something to clean up the mess her banana split made. You suggested she grab her Cheerleading Little League bloomers with the smiley face on them. As she held them up to shake them out after cleaning up the mess, they went flying down the highway.

We chaotically tried to clean up this mess with towels, suitcases flying open as I tried to knock on the passenger’s side of the door. But our parents had that country music blaring so loud that they couldn’t hear us.

When we finally got home, your dad surveyed the damage and said to my sister, “Well, honey, why didn’t you knock on the window? I would’ve stopped!”

We had all kinds of adventures — until we didn’t anymore.

Alcohol had taken hold of our parents, and it wasn’t letting go.

One night, when you were 16, and I lay in bed, your dad beat you for hours for bringing home all “Fs” on your report card. The beating seemed to go on forever, and I remember laying there and crying.

I remember the next day, you could hardly move, but you were sent to school anyway with bruises, a black eye, and a busted lip. In those days in Georgia, teachers didn’t question anything.

Our relationship was always one of competition. On my 12th birthday, you told me you were going to tell Mom I did something that you actually did wrong so I’d get a whipping on my birthday. It worked.

But then another time, you built a go-kart and let me ride it around the neighborhood with you.

When you met my husband, you liked him because he liked Stevie Ray Vaughn. You would always call me your “thither” for “sister.” 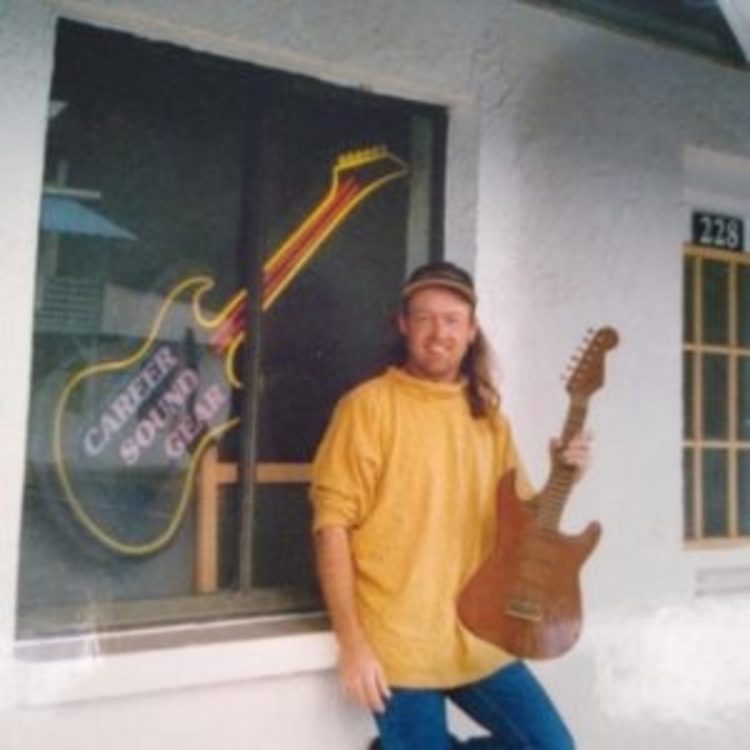 Then you started having health struggles of your own and were in and out of the hospital. You worked so much that no one ever saw you.

Until last summer, when your health took its toll, and you could no longer fight your struggles. Your roommate took you to the ER against your will because you were keeled over in pain. You would wind up staying in the hospital for four months. You hadn’t talked to your father — who was dying — for a long time, but you did get to talk to him on the phone once.

You underwent three or four surgeries, and just when they thought you were going to be OK, your stomach opened back up, and you had to be placed back on the ventilator. You then had to be moved back to the ICU, and your body started shutting down.

You died a week before Thanksgiving 2020. You joined the angels at just 58 years old.

We were never too close, and yet the longer you’re gone, the more things I remember about you. Like you making me hot toddies. Or the fact that at one point, you and your brother dated the same girl — at different times. Or that time when you carried the neighbor’s kid over our fence because he wouldn’t obey you. My mom was like a second mom to you, and from the minute you went into the hospital, you told her that as far as you were concerned, she was your mom too.

In 1975, the year we met, you and your brother made this old eight-track tape of you playing an unruly student and your brother playing a hard-nose principal. It was hilarious. Unfortunately, though, it got erased at some point. Since you died, I’ve thought how great it’d be to be able to listen to it just one more time. I miss you.

I have 38 years of journalism experience and have been published online for several years. Now I write about my experience in foster care, child abuse, adoption, being a birth mom, PTSD, depression, grief, sobriety, and various other mental health stories.