I have a rare headache disorder called hemicrania continua. Essentially, as the name suggests, this chronic illness is a one-sided continuous headache. Hemicrania pain varies in severity, but is always present, even with daily preventative medication. During an attack (what I call a “breakthrough” headache), the pain can cause nausea and light and sound sensitivity much like a migraine, but also effects the face on the “hemicrania side.”This can include persistent runny nose, eye watering, or droopiness of the eyelid, swelling the eye completely shut in serious cases. The cause of hemicrania continua is unknown, and the treatments rarely result in complete relief and often have side effects almost as bad as the headache itself.

When I was diagnosed with my chronic illness almost three years ago, I was in a long-term relationship and living with my boyfriend. However, I felt very much alone in experiencing my diagnosis. My boyfriend struggled with the fact that I didn’t have my normal amount of energy and was not up to doing much throughout this process. He complained about taking time off work when I had to have an MRI. At the point that he came to bed in a bad mood and exclaimed, in complete seriousness, “I’ve had a migraine for like a month!” I wanted to kick him onto the floor. Instead, I turned away from him and quietly cried myself to sleep.

To say that navigating a chronic illness diagnosis is difficult would be an understatement. Being told at the age of 25 that you may be sick forever, that this debilitating headache is not going away, is devastating. The depression that comes along with that realization can be almost as debilitating as the condition itself. More than anything, I needed support. I needed somebody to just be there, more than my parents who were hours away or co-workers who didn’t always remember why I wasn’t performing to the same standard I had just weeks before. While only those who have gone through a similar situation can understand, I didn’t realize at the time how much his actions, or lack thereof, made this process more difficult, and ultimately contributed to the demise of our relationship.

In the next couple of years, I learned to avoid mentioning having a chronic illness on early dates. To say the least, dating was difficult. Despite a major change in my lifestyle, including saying no to activities and learning to value the necessity of down time, it is generally good to avoid, “Hi, I’m Rachael and I have a chronic illness that will impact our relationship greatly” on a dating profile and in everyday interactions. Hemicrania continua became the “thing” that you have to mention to someone you’re looking to get more serious with but don’t want to because you are afraid everything will plummet before it starts.

Some guys in the dating pool were more understanding than others. Many didn’t have a clue. Most did not have a desire to be with me after learning of the impacts of my illness, like that I often stay in on Friday nights because I’m so exhausted from the work week that I can only function on a very basic level (I’m doing well if I have more than cereal for dinner and stay up past 8 p.m.). But when I met my current boyfriend, something was different.

Before we even met, I was comfortable disclosing in conversation that I had a rare headache disorder. On my first date with my current beau, he mentioned my hemicrania, because he had looked up the name of my illness to find out more about it. He said that he couldn’t imagine living with something like that and that I was obviously a very strong person. To say that this impressed me would be an understatement. I knew I would be able to be open about how a chronic illness had impacted my life. I felt accepted. I felt that maybe I would be able to be loved despite the unfortunate circumstances that loomed over my life. 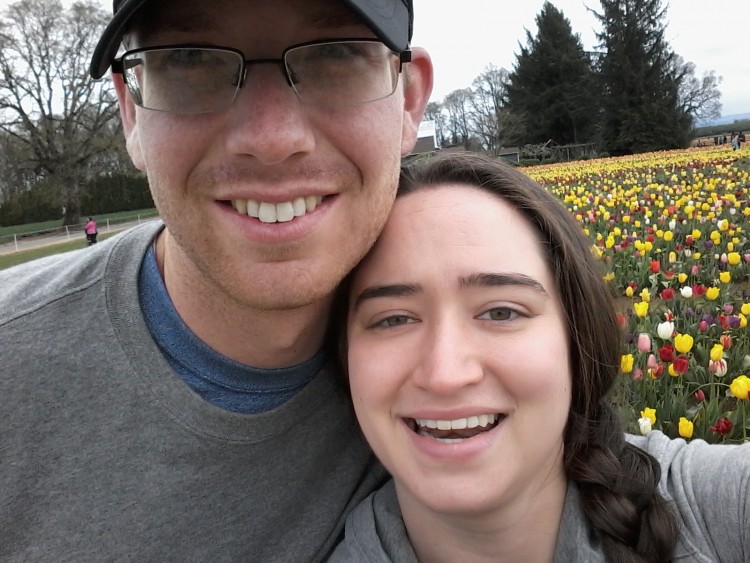 My boyfriend proved these feelings correct. As our relationship grew over the coming weeks, he continued to ask questions about living with a chronic illness. He showed a genuine interest in educating himself on these hardships with the intent of being able to care for me without taking away my sense of independence. We stayed in most evenings, enjoying down time together (his personal battle with social anxiety makes this an obvious solution for both of us). Instead of being frustrated by my need to lay down in a dark and quiet space, he would bring me Ibuprofen and water, and then sit with me and read while I rested. But perhaps the most impactful action was his mentioning how strong he thought I was, simply acknowledging the difficulties of living with a chronic illness. These actions have continued throughout our relationship.

When I was diagnosed with hemicrania continua, I couldn’t imagine why anyone would genuinely want to be with me. It is impossible for a chronic illness to not impact a relationship, particularly a romantic relationship in which you spend a lot of time together. My boyfriend has taught me that there are people out there who are kind and caring enough to adapt to the needs of those that they love, despite the impact on their own lives. He has taught me a chronic illness diagnosis does not make you unlovable. He has reminded me that I still have positive contributions to a relationship. He has taught me that I am still worth loving.

Rachael Peterson
•
Follow
rachael-peterson
Want more of The Mighty?
You can find even more stories on our Home page. There, you’ll also find thoughts and questions by our community.
Take Me Home