26 Things People With Hemophilia and Bleeding Disorders Wish You Understood

Hemophilia is a rare condition where a person’s blood has a reduced ability to clot. About 400,000 people worldwide are living with hemophilia, and 400 babies are born with it each year, according to the Hemophilia Federation of America.

Perhaps because they are rare, hemophilia and bleeding disorders are often misunderstood conditions. With that in mind, The Mighty worked with two organizations, the Hemophilia Federation of America and Stop The Bleeding, to find out what people with the condition wish the world could understand.

1. “Bleeding disorders are confounding and annoying when they act up. You can have months of no trouble, and then suddenly look as if you’re trying to avoid every outing, get together and birthday party… But I promise, it’s not personal.” — Carri Nease

2.“Hemophilia and incest are not related in any way… Also, we won’t bleed to death from a paper cut.” — Jeff Johnson 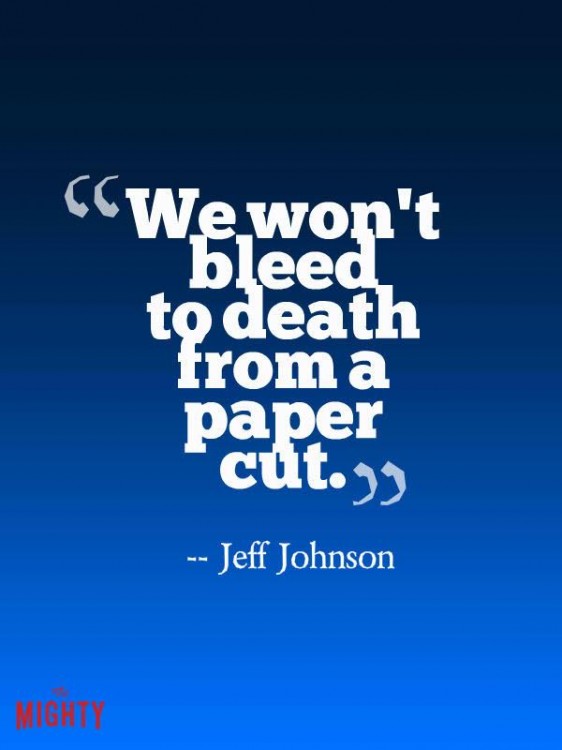 3. “We know our disease and conditions better than the average doctor does.” — Karen Guertin

5. “If my son falls off a tree, he will need treatment… but the most important thing is that he still gets to climb trees.” — Jennifer Empson 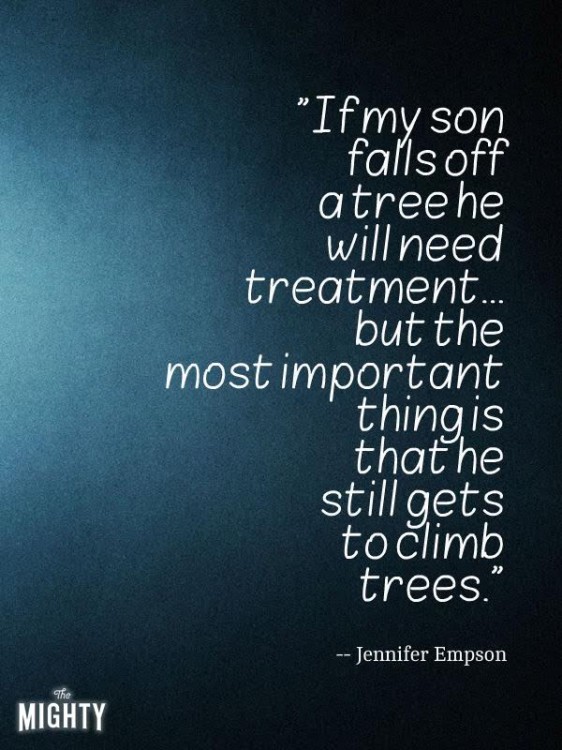 6. “Although hemophilia is often known as the ‘royal disease,’ it doesn’t mean everyone living with it is directly related to royalty.” — Rich Pezzillo

7. “Many of us in the community are willing to discuss our condition, and it does not prevent us from contributing to our communities.” — Donald Robert Fox

8. “It’s not only a male disease. I am a woman who is affected by the condition, along with two sons and a daughter.” — Yashica Washington 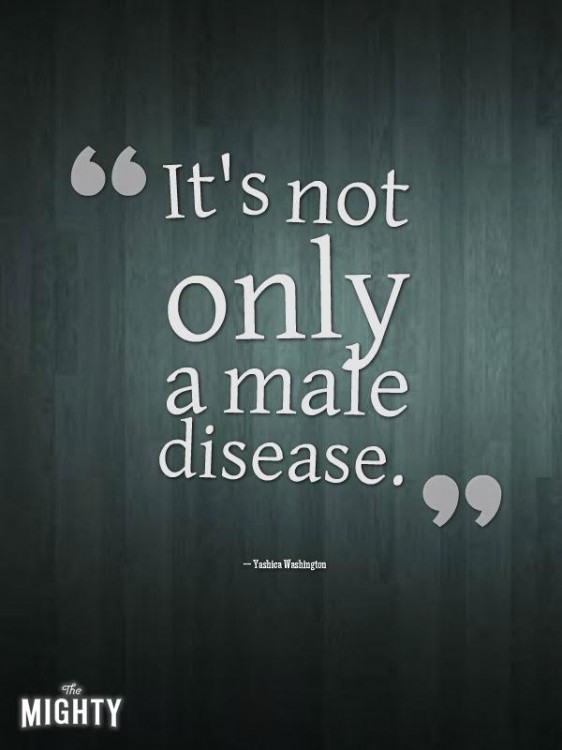 9. “As a mom, I’m trying to let my baby be a ‘normal,’ active 2-year-old. However, if I seem to be on edge, it’s because every time he runs, jumps, falls or hits something, I get that gut-wrenching feeling — the feeling right before a car wreck.” — Brandi Alsip

11. “Our kids have bruises because they have a chronic disorder and not because they’re being beaten.” — William Wilson 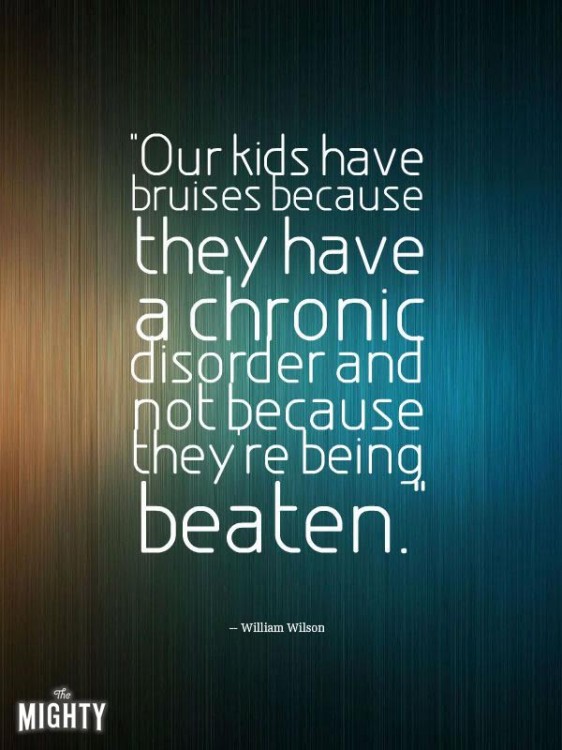 13. “Just because you don’t see it doesn’t mean it’s not happening. And, it can be painful.” — Misty King Woodhall 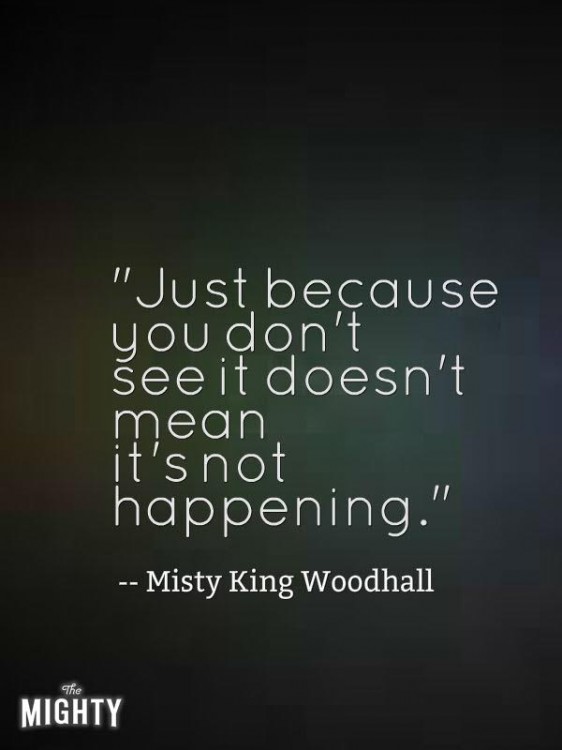 14. “It’s different than necrophilia. (True story — I actually had to clarify this to a poor soul.)” — Rachel Miller Kroouze

16. “I don’t fake my injuries nor do I milk the fact that I’m hurt. I am as normal as the next person and only wish to be treated as such… I do not want pity.” — Justin Wallace 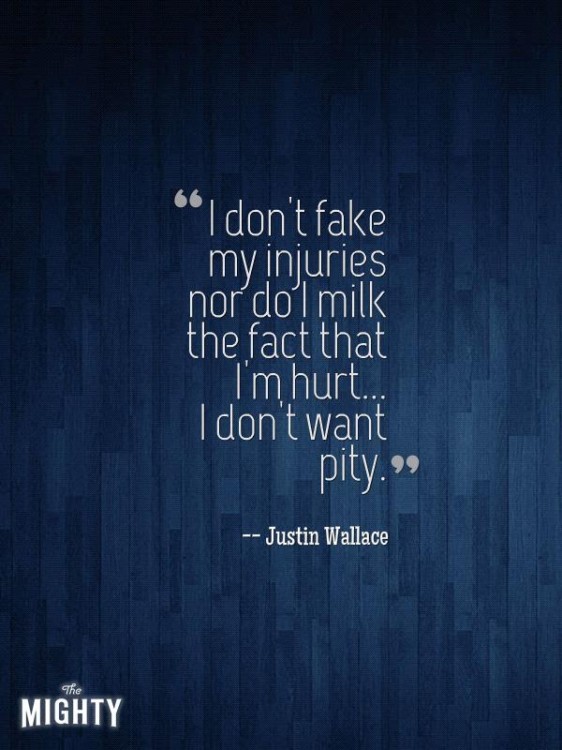 17. “We have some of the best people in our community. We can do anything together.” — Luke Vannicola

18. “You have to be prepared for an emergency at all times.” — Katie Hoagberg Masog 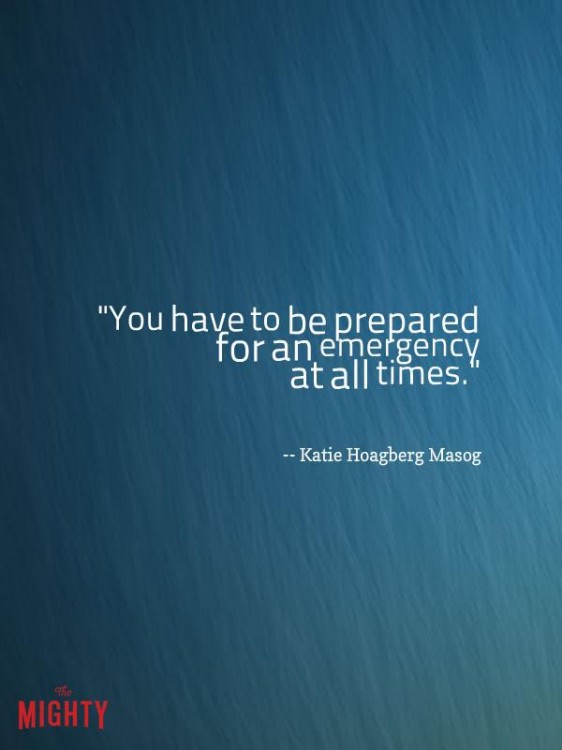 19. “My son doesn’t need to be bubblewrapped nor treated differently than my other son… don’t be scared.” — Samantha Francesca Costa

20. “That the impact of a bleeding disorder is so much more than the disorder itself and its physical complications. The impact is also emotional, psychological, educational, financial and relational.” — Rebecca Nastasia 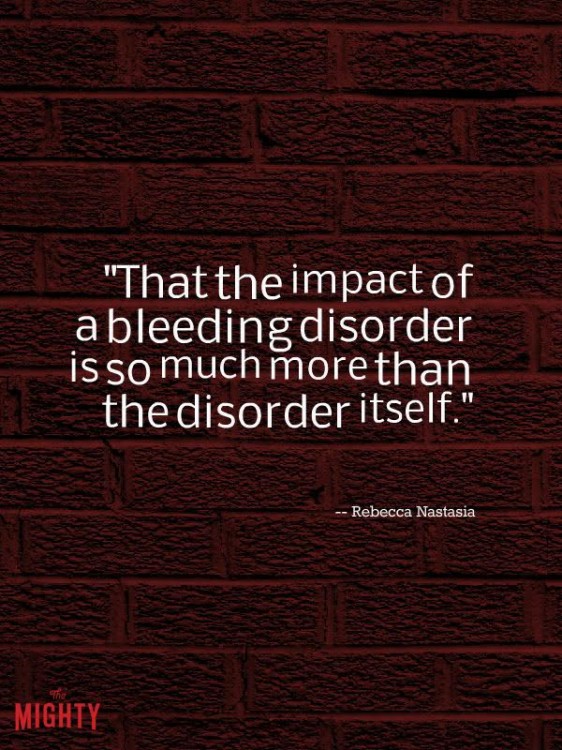 21. “It is hard to live with, and you cannot just take a pill to make it go away.” — Theresa Schuman

22. “Having hemophilia does not automatically prevent you from being active. It’s actually good for hemophilia patients to be active. Being active gains muscles, which protects joints, which helps [prevent] bleeds.” — Christy Reyes

23. “I’ve lived with ‘significant’ pain most of my life, and I’ve learned to manage it. Having a bleeding disorder doesn’t weaken me, it toughens me.” — Patrick James Lynch 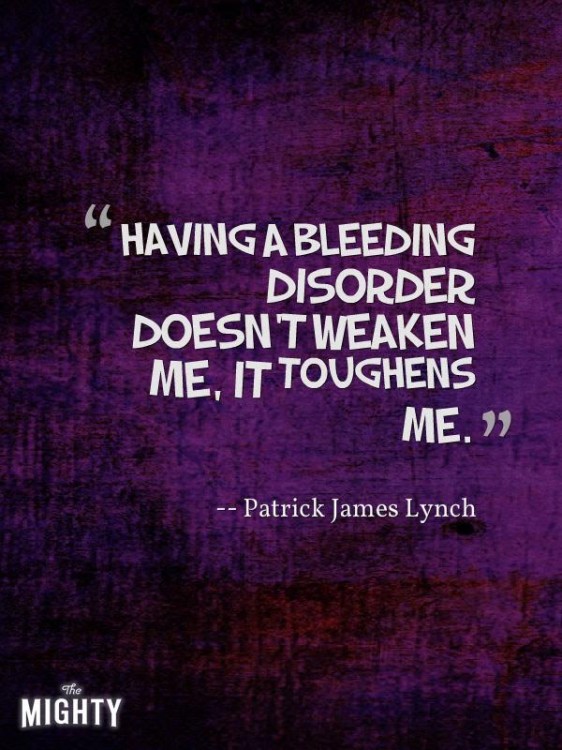 24. “Hemophilia isn’t being in a wheelchair, but it’s also not being immune to wheelchairs. It’s a complicated disorder that can randomly determine what life is like. One week can be spent resting in bed and using wheelchairs. Another can be running around playing soccer. I wish people understood that because it’s difficult to explain to strangers in chance encounters.” — Mark Kenny

25. “It may have conquered my body but it shall not have my soul or my mind. Those remain mine.” — Marcus Lamarr Smith II 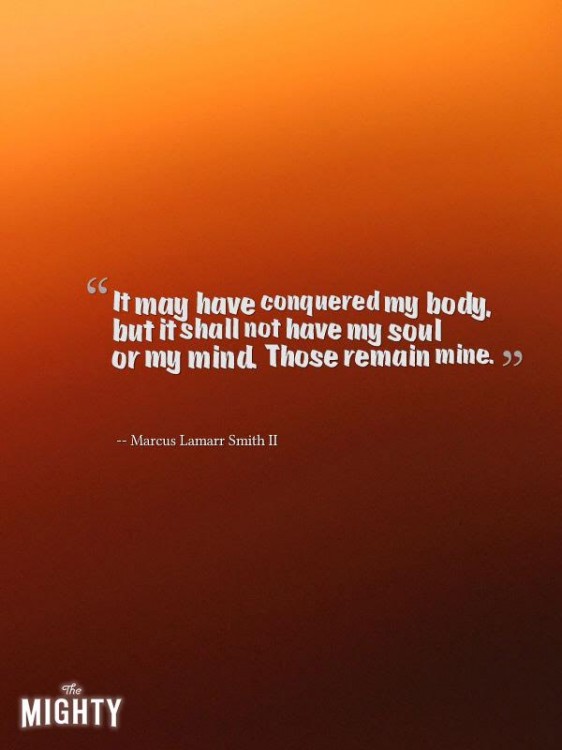 *Some responses have been shortened and/or edited.