I love Uber. I mean, who doesn’t? Three taps on your phone and you have a guy in a nice car picking you up, opening your door. It would sound like a great start to a first date if the next sentence wasn’t, “So you’re headed to the airport?” And if the guy didn’t look more like my grandfather versus Adam Levine.

“Where’s home?” He asked the perfunctory questions Uber drivers use to begin the animated but obligatory conversations of the less-than-formal UberX service.

As we drove and chatted, he told me about his daughter and her family who live in Pittsburgh, Pennsylvania.

“I used to live in Pittsburgh,” I added, omitting I ran as fast as I could out of that city when I completed law school. Something about the award-winning rainy season and achingly long winter kept me from staying, surprisingly.

“Oh, what were you doing there? In school?”

“Is that why you were here in town? Lawyer stuff?” he asked, speeding down the sunny highway in Huntington Beach, California, the blessed opposite of Pittsburgh’s gloom and snow.

“No, I really don’t practice law anymore. I’m a rare disease advocate. I was speaking at a conference.” I was referring to the annual Global Genes Patient Advocacy Summit, a conference held each year where parent and patient advocates of some of the almost 7,000 rare diseases meet to learn, strategize and network for the benefit of our organizations, our children or ourselves.

My involvement with Global Genes, a leading rare disease advocacy organization, began not long after my youngest son, Case, was diagnosed with the ultra rare disease Hunter syndrome, also known as mucopolysaccharidosis II or MPS II, when he was 2 years old.

He was diagnosed by my mother, an RN, after she happened to watch an episode of the show “Mystery Diagnosis” about a boy with Hunter syndrome. Now, such an event wouldn’t seem so astounding unless you knew Hunter syndrome is so rare that it only “occurs in approximately 1 in 100,000 to 1 in 170,000 males,” according to Genetics Home Reference. So for my mom to sit down and watch that show about that disease with a grandson…oh, you get it.

Hunter syndrome is a horribly cruel disease. It typically causes progressive loss of all physical and cognitive abilities, and the average life span a person with Hunter syndrome is in the early teens. My mom had to tell me she thought Case had it.

After his diagnosis, I began blogging at SavingCase.com and started working with the FDA on issues about our disease, eventually forming a foundation and raising money for more research. This summer, we launched a social media campaign at ProjectAlive.org, which garnered a lot of support, and we’re hoping to proceed with funding a clinical trial over the next year. So I was invited to the Global Genes conference to speak about my work with the FDA and to share Project Alive with the broader rare disease community.

It was an eventful conference, but the trip was over, and I was headed back to Tennessee via an Uber driver and Southwest Airlines.

When asked about how I got into rare disease advocacy by John, my Uber driver, I shared the fact that my son was diagnosed with a rare disease at 2 years old, and thus, my passion for the cause.

I could hear the sorrow in his voice. I expected a mention of an elderly relative with Alzheimer’s, not necessarily rare, but thought to be by the general population. Or, a brother with ALS, recently a greater focus of discussion in large part due to the hugely popular Ice Bucket Challenge.

I often receive sincere and hasty quips of sympathy when I mention my son’s battle.

“Yes, you see, my daughter, the one in Pittsburgh, she has two sons. Well, one has already passed away. They have a rare disease called Hunter syndrome.”

Like the snap of a slingshot — bing! My eyes shot up and my mouth sagged in astonishment as I struggled to stutter out my response.

John kept talking about his beloved grandsons, and I was reluctant to interrupt his heartfelt sharing, but I had to speak.

“M-m-m-m-y-y-y-y son has Hunter syndrome!” I almost shouted or whispered — I’m not sure which in retrospect.

He must have thought I was joking, because he looked in the rearview mirror to make eye contact, saw that I was absolutely serious and then the tears started welling up.

I think we both instantly tried to calculate the odds of us both having Hunter syndrome children in our families, him driving Uber, me calling Uber, him deciding to pick up this particular ride, us both being willing to share. Then, we just accepted the odds were incalculable, and we were just simply supposed to meet.

He shared about his two grandsons. He asked about my son.

I shared about the latest research and our efforts at awareness and funding.

When we finally arrived at the John Wayne Airport, we were both in tears at the providential meeting and the openness with which we both shared our private but passionate battles with the monster that is Hunter syndrome.

And our far-flung rare disease community moved closer, if only for a day. 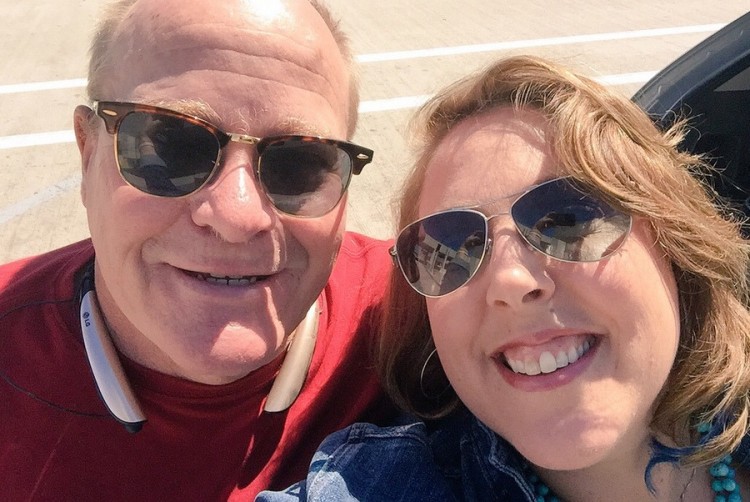 Melissa is a lawyer by profession, a writer by passion, and an advocate by necessity. She is a mom to three boys, one with Hunter Syndrome. She lives outside Nashville, Tennessee where she writes at melissajhogan.com on her back porch. She founded Project Alive, now a leading multi-million-dollar Hunter syndrome research and advocacy foundation, and currently consults on clinical trial design and patient outcomes. She has also lived with the chronic pain of CRPS for 10 years.