When the Doctor Said a Word We'd Never Heard Of

That’s what we asked. What’s that? We quickly learned about the word “hydrocephalus.” Back in the old days, people called it “water on the brain.” It’s an abnormal accumulation of cerebrospinal fluid in the ventricles of the brain and guess what? That’s really not a good thing. On November 13, 2009 I gave birth to two beautiful, healthy twin boys — or so we thought. Matthew and Vincent were born five weeks premature. Sure, no biggie, five weeks is not too bad for twins. Well on November 14, 2009, everything went from wonderful to devastating.

Matthew was fine, but Vincent was in distress during the night; he had to be put on a respirator. We later found out there was something wrong with his brain, and he needed  to be transported  to a children’s hospital ASAP. I got to see my brand new Vincent for a minute that day; it was one of the worst minutes of my life. The nurses rolled him into my room. He was in an incubator with all types of hoses attached to him. It was a terrifying sight to see my poor tiny baby like this. That evening, I got a call into my hospital room from a neurosurgeon saying, “Vincent is gravely ill. If the pressure on Vincent’s brain is not relieved right away, there’s a great chance he will die.” Huh? Was I dreaming? Was this some kind of sick joke? The answer to both questions was no. And so, this was the beginning of a brand new world,  this world of Hydro. 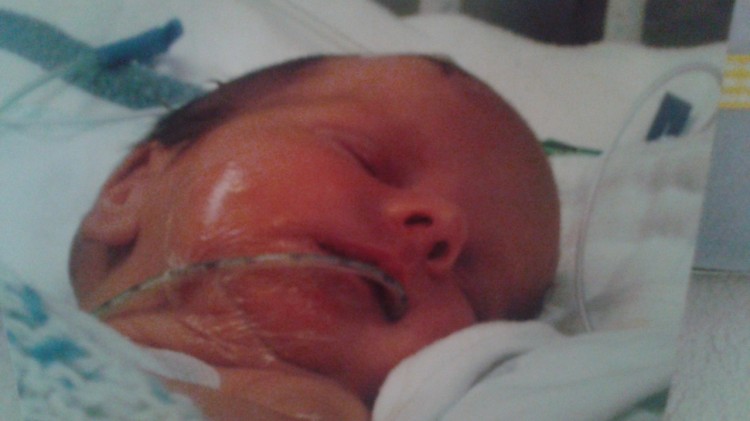 I remember visiting Vincent in the children’s hospital; it was pretty tough to see him just laying there for those first few weeks, almost lifeless. Some questions we asked the doctors: Will he see? Will he talk? Will he walk? Will he be OK? Of course, the answers weren’t what we wanted to hear. His life was so  uncertain. What we knew is this — his tiny little brain had a major hemorrhage damaging his cerebellum severely. So shortly thereafter we were thrown into the world of Early Intervention, physical and occupational and speech therapy and special education. Not to mention the world of  specialized doctors and surgeons, way too many to mention.

It’s been over five years now, and he’s the love of my life. Sure, he has global delays, but despite this, he’s doing pretty darn good for a little guy with hydro. He’s been through some small hurdles, and he will have plenty to go through in the future, I’m sure, but we know he will do just fine. We realize we’re so lucky that Vin has had no revisions on his shunt — how this is possible we have no idea. We just know that we’re so fortunate. That’s not to say that hydrocephalus is not a constant worry and stress for u. Every day I wonder, When is he going to fall down? How is he going to fall down? Did he bump his shunt? Why is he so sleepy? Why does he not want to eat? Why is he moody? Why is he violent? Is his shunt not working? The list of questions goes on and on, and it’s terrifying. It’s terrifying to think something can go terribly wrong with Vin’s shunt. So what we do is live — just live each day with Vinny and Matty and appreciate all the little and big things and we try not to worry 24/7. 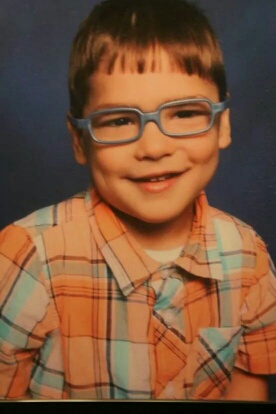 I have my Vinny, I have his tight hugs and his messy kisses. He does talk – a little slowly and that’s OK.  He does walk, and he runs too, a little wobbly and that’s OK. He does understand what people say to him, and that’s awesome. Just looking at him and his dimples melts most hearts easily and quickly. He has the courage and determination he needs to go a long way in life, and I have no doubt he will go a long way.  Yes, it’s been scary at times, and I’m sure it will be scary in the future, but that’s OK, Vinny’s  got this.   We’ve met a lot of amazing people along the way thanks to Vinny, and I imagine many more amazing people we have yet to meet. I’ve become a better person thanks to my Vinny; I dare to say, I think most people sort of become a better person once they meet my Vinny.

I look forward to the future, my eyes and ears are open now and the best is yet to come.  Now we know what Hydrocephalus really is.