A Message for My Son's Unwelcome Visitor

You and I have become well-acquainted over the last two years. I certainly would never have chosen to know you — it was a forced meeting. You’re not my friend. We’ve grown together, but I will never like you for what you’ve done. You’re the boisterous visitor who had too much to drink and didn’t know when to stop.

We spent the first eight months unaware of each other. I watched my son struggle to gain weight. He didn’t weigh a pound over his birth weight until he was 3 months old. I watched his lips turn blue and listened to him gasp for air. We struggled for months to figure out why. I was told his erratic breathing was normal. Little did I know you were in his throat, an unwelcome growth causing all of his symptoms: reflux, blue spells, sleep apnea and aspiration, to name a few. I fought my son daily to get him to eat. He was so hungry but just wouldn’t eat. I didn’t understand why. I did not know he couldn’t eat because you wouldn’t let him. You starved my son. You quickly took away whatever food he did manage to consume by making him breath so hard. And then you just wouldn’t let him eat. 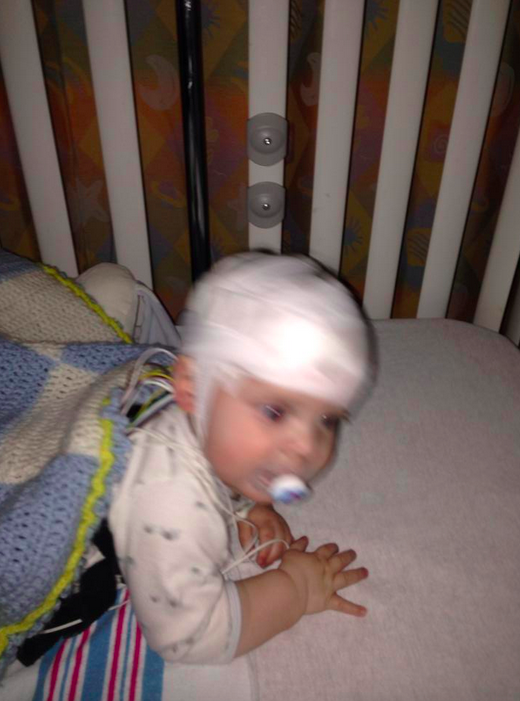 We were formally introduced after a camera was shoved down my son’s nose and into his airway while I held his squirming body. I watched and listened as the doctor said, “Yes, there it is.” And there you were. I looked at your ugly self and wished I could magically rip you out of my son, putting an end to all the pain, tests and medical procedures.

You, however, had other plans. First, the doctors needed to do a sleep study. I’ve never seen so many wires taped to my son, from his head to his torso and down to his little toes. A nasal cannula became a fight I never thought I’d have with such a little child. You created a sleepless night for me as I watched my son cry and scream before finally giving up and passing out. He whimpered that whole night. You made him whimper — I’d never heard that before. I hope to never hear it again.

We finally had answers. We knew it was you who caused my son to fail to thrive for his first year of life. Funny thing — I used to look into my son’s eyes every day, his warm blue eyes, and cry at the sound of those words: “failure to thrive.” I wondered what that meant. You, Laryngomalacia, made me feel like I was failing my son. 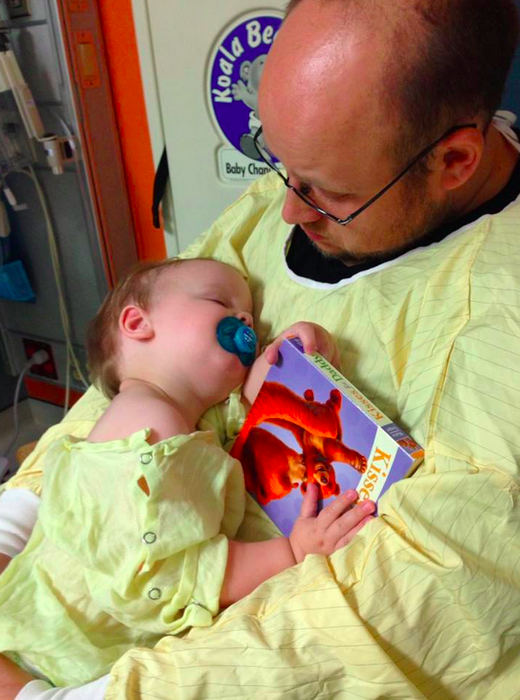 Surgery was scheduled. I handed my baby boy off to the doctors so they could remove his overly large adenoids, believing and hoping that would be the fix. Seeing my son come out of an anesthesia-induced stupor is not how I imagined celebrating his first birthday. It was the saddest moment. You still would not leave. You would not stop. You continued to harass my son and my family. The sleepless nights, the worry, blue spells, gagging and aspirating did not go away. You were not going away; you were not getting better.

Another sleep study. More wires, louder screaming, more tears and another horrible night. He still had severe sleep apnea. It was heartbreaking.

Back to surgery. This time, though, you would lose. Goodbye. Goodbye to the worry, the struggles and the challenges you created. You failed us in so many ways — you sabotaged my breastfeeding relationship with my son, you sabotaged my son’s fragile body and you sabotaged our finances. But in the end, you lost. You lost.

We part ways now. It’s time to say goodbye. I will never forget you and what you have done.

You are gone, but my son is not. He is still here. He has grown so much and gotten so much stronger.

So long,
Erin, mother to a special baby boy. 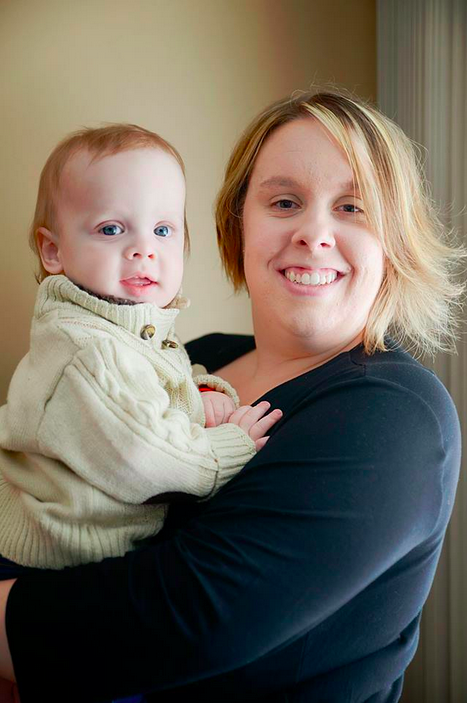 The Mighty is asking its readers the following: If you could write a letter to the disability or disease you (or a loved one) face, what would you say to it? If you’d like to participate, please send a blog post to community@themighty.com. Please include a photo for the piece, a photo of yourself and 1-2 sentence bio.

My name is Erin Perry. My son was failure to thrive for the first year of his life, unable to put any weight on for the first 3 months of his life. We finally got the diagnoses of laryngomalacia when he was 8 months old. Since then we have educated ourselves about the common airway defect and have helped our son get stronger.

erin-perry
Want more of The Mighty?
You can find even more stories on our Home page. There, you’ll also find thoughts and questions by our community.
Take Me Home