This is a strange phenomenon you can only experience when using a wheelchair or when spending time with a wheelchair user. It appears that once a human being sits in a wheelchair, they are no longer visible to other human beings! It is quite remarkable really.

My son Sam, who is 9, lives with a very rare brain disease and has not been able to walk or stand for six years. His wheelchair is his only means of getting around.

Usually people are kind and helpful when out with a wheelchair user — unless you are waiting in line. Then suddenly, wheelchair users become invisible. This happens more than just occasionally. People literally just step right in front of our son as if he doesn’t exist, as if he is not as important as people whose bodies are able to stand.

Recently I took Sam to an arcade. Someone was on the “claw” machine, which Sam wanted to play next, so we stood behind the person playing, waiting for them to finish. Sam was in front and I was behind him holding onto his wheelchair, clearly waiting. Sure enough, two kids come and stand right in front of us. This also happened on a racing game; I parked next to the game to get Sam out of the wheelchair, and by the time I lifted him up someone else was sitting in the driver’s seat.

These are not isolated incidents.

This happens all the time.

It is not just children who do this; adults are just as guilty. It was particularly hard to keep our cool on a trip to Disney. Anyone who has been to Disney knows that you must wait in line — a lot. Almost every time we were waiting in line, someone stood in front of us, and it was usually never children (who didn’t know any better), it was almost always an adult, who should know better, who stood right in from of Sam as if they didn’t see him. 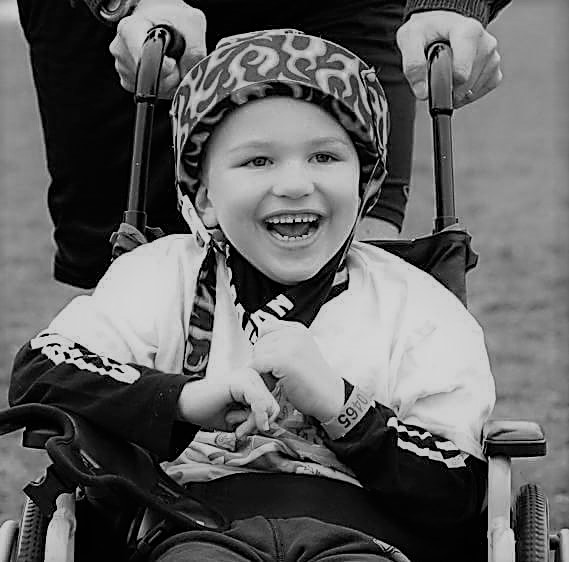 We have started to have to put another person in our family in front of Sam to prevent this, or if I’m on my own with Sam, I stand in line and have him next to me instead of in front. This makes it very difficult to push the wheelchair forward, but it is better than constantly having to tap people on the shoulder and explain that Sam too is a human being also waiting in the line.

The stranger thing is that most of the time people aren’t even very apologetic. They seem completely unaware they may have done anything wrong.

This phenomenon, as far as I can tell, is exclusive to wheelchair users. None of my other friends or family members have experienced this, no matter how young or small they are. It is hard enough just getting around in a wheelchair, so really this just adds insult to injury.

A dear friend of mine, who struggled with stage 4 metastatic breast cancer, was planning to take her family to Disney. She knew she would be unable to walk, as she needed a cane for support at the time, so she rented a wheelchair. I warned her of this phenomenon, warned her that she would suddenly become invisible once she sat in that wheelchair. She was incredulous when I told her and really didn’t believe me. Sure enough, when she came back she had experienced the invisibility superpower that comes with wheelchair use firsthand.

There is so much to be learned from people with disabilities and about how we need to include them in society. I know this firsthand. My son has taught me more than any other person I have ever met. They often have learned hard lessons when it comes to resilience, determination, patience, and humor in the face of adversity.

I honestly can’t figure out why people don’t see wheelchair users. If anything, at the very least, they take up more space than a standing person, and aren’t any shorter in the wheelchair than a child. So why are some of us choosing not to see them? It all really baffles me.

Please, see them, look at them, talk to them, acknowledge them as humans with the same wants, needs and rights as you.

And please, whatever you do, don’t stand in front of them.

Have you experienced people being “unable” to see your child’s wheelchair? What lessons have you learned from it? Let us know in the comments below.

Do you want to share your story about parenting a child with a rare condition? Click here to find out how.