I have a life-threatening heart condition called long QT syndrome (LQTS), also known as “sudden death syndrome,” and have an automated implantable cardioverter-defibrillator (AICD), which is a small electronic device implanted in the chest, just beneath the muscle below the collarbone. Its main function is to prevent sudden death from cardiac arrest due to life-threatening abnormally fast heart rhythms. LQTS is considered to be a rare condition due to the fact that it affects less than 200,000 people each year.

Long QT syndrome can be inherited or caused by a medication or condition. It often goes undiagnosed or is misdiagnosed as a seizure disorder, such as epilepsy. People with this condition may not develop symptoms for a long time. When symptoms do occur, they can be severe, and may include sudden fainting, seizures or even sudden death.

Growing up I was always very active in sports. Everything under the sun, really. I was a happy and healthy child who enjoyed spending time with her friends. Little did I know that at age 13 my life was going to change and I would end up putting my family and friends through some very scary situations. One night out of nowhere, I was in the shower when I blacked out. I called out for my parents. I couldn’t remember calling for them but I heard them talking to me asking what was wrong. I could hear them but everything was black. I couldn’t see a thing for several minutes. When my sight came back I was sitting in the tub wrapped in a towel with my mom holding me. Unfortunately this instant was the most mild and least scary of all my episodes.

Over the next four years I would have several frightening episodes that presented as seizures. We sought out a specialist who was unable to find a cause for the seizures after many tests. The best the specialist could do for me was to prescribe me a medication to help prevent the seizures called Tegretol. I explained that before each seizure my heart would race, I would feel dizzy as if the room was spinning, then would lose consciousness. When I would come to I would be surrounded by my friends and told I had a seizure. I would feel physically exhausted as if I had run a marathon and most times I would have a painful headache as I was waking up. None of this information helped in determining what was going on until a few years later. 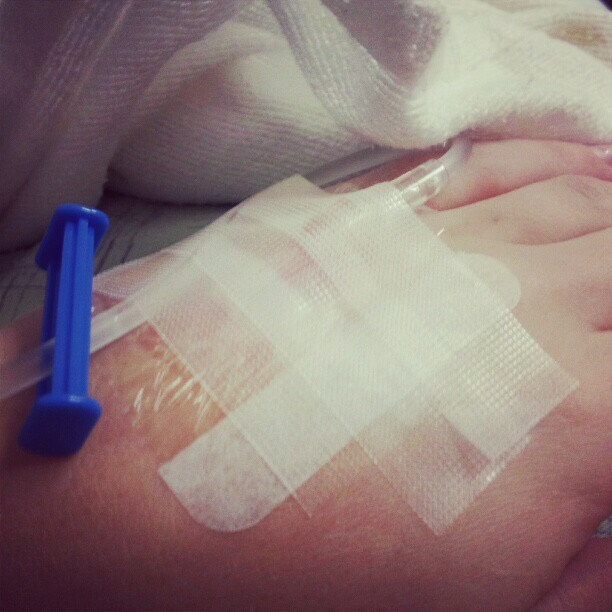 When I was 19 I found out I was pregnant with my first child and the medication I was on for my seizures was very dangerous to take while pregnant. I knew I needed to stop taking them so it wouldn’t cause any harm to my baby, so I went to see my doctor to be prescribed something safer. Weeks after switching my medication I had a seizure. I was at a movie and someone happened to see it happening and called 911. By the time the ambulance arrived I had come out of it but something just didn’t feel right. I didn’t just feel exhausted, I felt like I was going to have another seizure which had never happened before. I told the EMT my history on the way to the hospital. After arriving at the hospital I told the nurse the same thing – something wasn’t right and I just knew something was going to happen. I was assured I was in good hands and she would be in shortly to check on me. That was the last thing I remember.

From what I was told after the nurse walked out of my room, I went into cardiac arrest and my heart stopped. They called a Code Blue and it took several attempts for them to get my heart beating and bring me back. When I came to I was told I had not been having seizures, I was going into cardiac arrest and coming out of it on my own and they were just appearing as similar to a seizure which is why after all those tests they couldn’t find a cause. 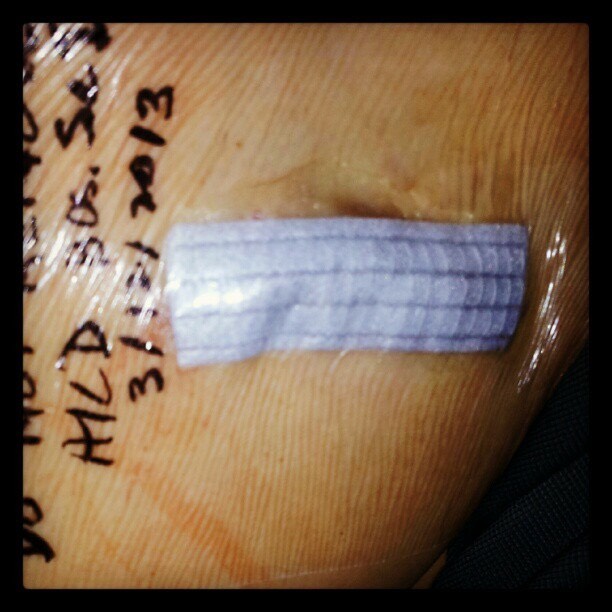 Once we learned this information and I was diagnosed with long QT syndrome, I was scheduled for surgery to have my AICD implanted two days later. My life was changing in so many ways all at once. Not only was I having a baby but I had survived death and was given this frightening diagnosis. After my surgery I was in the ICU for eight days recovering. Physical recovery, that is – it would take me years to fully recover emotionally and mentally from what had happened.

Life with this condition has had its challenges. For a long time I was extremely self conscious of my AICD “box” that protruded out of my chest and the horrendous scar that went with it. I wouldn’t wear thin strap tank tops or strapless tank tops in fear of people seeing my “box.” I was ashamed of it and was so angry with my surgeon for not concealing it better. Little did I know it was actually very common for people with pacemakers and/or AICDs to have their box defined on their chest. It took me a long time to accept this thing was a part of me forever.

Eventually, after explaining to the hundredth person who asked what my scar was for and what the “box” was, someone said to me, “Wow! What an amazing story! You are so strong and brave. I bet seeing that every day reminds you how tough you are – you’re still here!” and boy, did that change my perspective about everything I had been through and the way I looked at my “battle wounds.” I suddenly felt proud of it, not ashamed or self-conscious. I was happy to tell my story with pride. I’m a survivor and I fought for this life I now have. 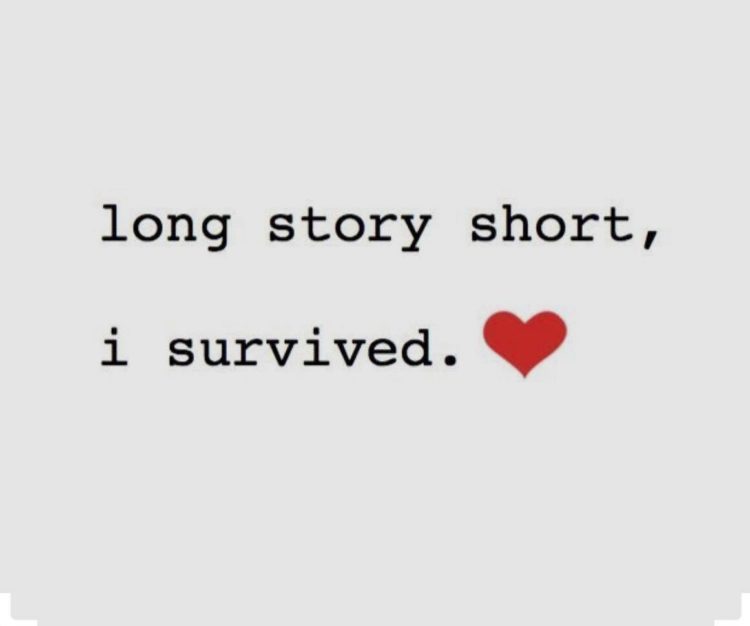 It goes without saying that having a near-death experience can change a person. I can honestly say mine has changed me in good and not so good ways. I struggled for a while with depression after my first son was born. Not in the same way as postpartum depression, but in fear that something would happen and I may not survive it this time. I started to have anxiety and that became a daily struggle. I spoke to my doctor about what I was going through and he said it’s very common to experience depression and anxiety with my condition and what I’ve been through. I started taking an antidepressant which did help for a short amount of time, but soon I stopped feeling like myself. I felt numb. So I decided to stop taking it and find other ways to help without medicating myself. I was on enough medication thanks to my heart condition – I didn’t want to rely on that to make me happy, too.

Aside from the emotional and mental challenges, I have had a few occasions that have caused concern and have required medication changes due to the fact that I lost consciousness and my heart rate went up to 333 beats per minute, and it all happened so quickly that the pacemaker didn’t have time to react. I was afraid of something happening while I was alone with my kids or in the car, so they increased my medication. It’s scary to think that at any moment my heart rate can jump up so high and my medicine and AICD may not be able to save me. There is also a small chance I may have passed this down to my kids so we have to have them checked for any signs or symptoms and prevent them from experiencing what I did. To live with this every day is just a constant reminder how fragile life really is and helps me cherish every moment I have with my kids and family. 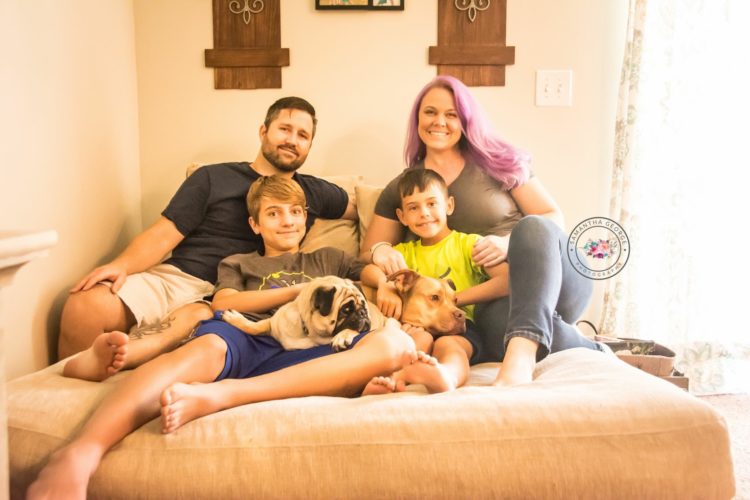 Over the years I’ve found ways to cope with my anxiety and a few factors in helping have been exercise and finding ways to relax like spending time with friends, family and my kids, an occasional glass of wine, taking pictures, etc. I also found that surrounding myself with positivity and living the healthiest life I can made a huge difference. Now I just take things day by day, remembering that every day is a gift.