My Battle Towards Remission From Lupus

I have debated sharing my story publicly. I wondered how the message would be received, but then I realized a lot of people with lupus struggle like I do explaining the gravity of what we go through on a daily basis.

That is what most people forget. That this is a daily battle. It doesn’t end just because we are having a better day than yesterday. And we struggle to explain to our family and friends the frustrations we have to reconcile within ourselves.

Maybe, if I share this, it will help someone else feel not so alone on their journey. My goal is remission. Although I have yet to experience remission in the six years since my diagnosis, I am hopeful, and diligent in my journey to get there. I know it is a long process and an often frustrating one. I am battling against my own physical body and I believe a spiritual one as well, but I am strong even on days I do not feel strong.

This is my lupus journey…so far.

In January 2010 I returned from a trip to Uganda, Africa. Two days later I woke up burning with fever and immediately went to the hospital knowing I had malaria. Because the United States is not equipped to handle malaria (no, it isn’t contagious; yes, I am fine) I was quarantined and had a million tests run. Because of the amount of tests, some came back with some anomalies. They referred me to a rheumatologist. I didn’t know why. I didn’t have arthritis. After a battery of tests from them as well, I was in fact diagnosed in February with SLE (lupus). I wasn’t given a lot of explanation, just handed a stack of prescriptions and sent home with follow-up appointments every four weeks. I didn’t tell a lot of a lot of people because I didn’t really know what to tell them. All I knew was I had a disease and there was no cure. It all made sense, though.

I’d had these symptoms that had gone unexplained for years. Aching joints, headaches, a bout of mono that lasted almost a year, a rare form of asthma, constant kidney infections, constant and extreme fatigue, “head colds” that lasted months, chest colds that also lasted months…now it all made sense. At least it wasn’t “all in my head.”

Unable to get my symptoms under control after my diagnosis, they started me on chemotherapy treatments, which lasted for six months. It was a rough year, to say the least. I went from being an Air Force Academy Prep and college athlete to barely being able to walk.

In 2012 my lungs took a turn for the worse and I was admitted to the ICU. I was on such high doses of prednisone to control the massive inflammation that they also had to put me on insulin to control my blood sugar. Because I was bedridden I was also put on blood thinners which caused severe nose bleeds that would soak my bed sheets. When I was finally released, I was on 19 prescription medications.

I have been in near kidney failure twice since I was diagnosed and I am currently fighting with my kidneys now. Before I even get out of bed in the morning I take several medications to get my day started. When my joints are stiff, getting out of bed in the morning is the most exhausting thing I will do all day. This also makes me more prone to injury. As an athlete, this is incredibly frustrating and I don’t think I will ever really get used to the changes. Last year I injured my back doing what I love the most – playing volleyball. The injury was so severe I couldn’t walk and even after a month of rehab I still had to use two walking canes to stay mobile.

Now, when I play volleyball I often have to use a professional back brace.
For me, lupus affects my lungs, my joints, my eyes and my kidneys. My photosensitivity has drastically increased as time goes on and I also suffer from debilitating migraines. These migraines cause vision problems, nausea and memory loss. The medicine for them also has extreme side effects. I work with a rheumatologist, nephrologist, neurologist, primary care physician, pulmonologist and chiropractor to keep everything functioning.

Lupus affects everyone differently, which makes it very difficult to diagnose. The stigma of “but you don’t look sick” even begins to fool you. They estimate that while I was diagnosed in 2010, my lupus initially flared in 2003 when I went to military school and possibly as early as 2001 when I suffered a concussion from a wakeboarding accident in high school. Since my diagnosis, I have been working towards remission.

Lupus is also a very misunderstood disease and sharing this information is scary. Those who know me well know I am stubborn and fiercely independent. The last thing I want to be known as or labeled as is “the sick girl.” I work hard to stay healthy. 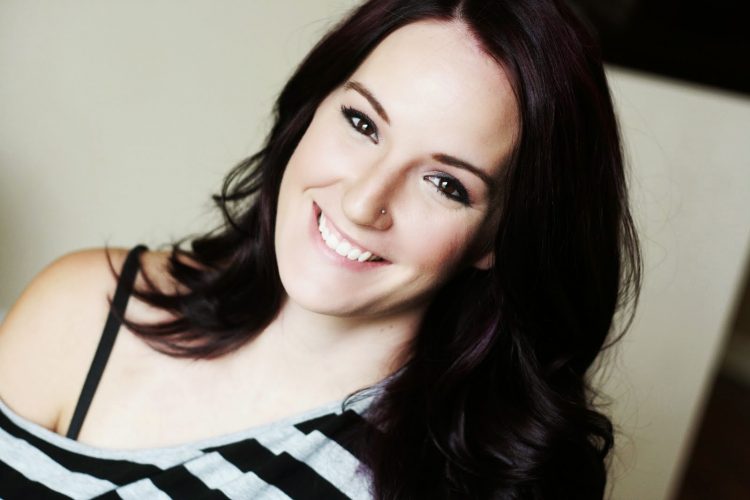 I started a new diet recently. It is a specifically tailored ketogenic diet (pretty much no carbs) to help with my migraines. It isn’t a diet to lose weight. It isn’t for vanity. It is for survival, so when someone makes fun of me for it or does something like eat a cookie in my face while laughing, it isn’t funny. This is my life. This is my survival. I am beginning to realize that people just don’t understand what lupus even is. And unless it touches their daily life it is a sad story they can brush by with a look of sympathy. But I am literally just trying to make it through the next five years, the next 10 years, and eventually that will add up to a lifetime. It is that serious. I am living in a body that for whatever reason wants to kill itself.

Some days I feel strong, other days I feel angry and some days I am tired. I seem to go through the stages of grief with each new issue that arises because while it is all lupus-related, it all needs to be dealt with in its own right as well. I have good days and bad days. It is frustrating when you think you are going to have a good day and then by lunch, somehow, all your spoons are gone.

When people find out I have lupus they are generally surprised. I try to keep it that way. This disease does not define me and it never will. My goal is remission. Each day I diligently work towards that goal. My body fights against me, but I was born with a purpose.

This post originally appeared on The Better Half of Me.

In 2010 I was diagnosed with Lupus and finally so much made sense. I am a PR Manager for a non-profit I cofounded in Uganda and occasionally blog.

nicole_lynn
Want more of The Mighty?
You can find even more stories on our Home page. There, you’ll also find thoughts and questions by our community.
Take Me Home