Why It's So Important for Us to Talk About Chronic Illness

If you’re anything like me, early on in your diagnosis (along with the many other emotions going on) you felt a sense of fear and shame when thinking about discussing your new illness with others. I justified not talking about it by telling myself that my lupus didn’t define me and I didn’t want people’s pity, or to be judged and perceived as “weak.” The truth was really more along the lines of – I didn’t want to talk about it because talking about it made it real; if I could fake being healthy to those around me, then maybe this wasn’t as serious as my doctors were making it out to be. Regardless of the reasoning, I have learned there is such value in educating people on the realities of chronic illness and sharing your story.

At some point after getting sick, I would venture to guess that everyone living with a chronic illness has felt alone and isolated from those around them. For me, I was 20 years old and anytime I went to see my specialists I was by far the youngest person sitting in the waiting room. My friends who were my age weren’t dealing with serositis and near constant pain – they were in college, partying and living the life of 20-somethings. My coworkers weren’t having to regularly use their leave to go to doctor appointments and go get lab work done on their lunch breaks.

These are the things that would keep me up at night, playing out the worst case scenarios in my head. And unfortunately, in some cases, the answer to those questions was “yes,” but in the overwhelming majority of the time the answer to each of those questions was “no.” As a matter of fact, as I slowly started to open up to the people I was closest to, I was met with an overwhelming bout of love and compassion. I had friends who, when I couldn’t make it out or had to cancel plans, would show up at my house and just sit and watch TV with me while I was curled up on my couch. I had coworkers offer to drive me to appointments if I needed it, and who still regularly call and check on me. I had an overwhelming number of people rally around me; it was the most humbling experience.

Eventually, I got involved with a few online support groups for lupus and fibromyalgia. I would share my story, and was able to see all the people around the world who truly understood what I was feeling and dealing with; suddenly I wasn’t alone anymore. I could share my story and feel completely understood, and I could learn from other people and their experiences.

In these groups, I started to notice that every time I would share what I was going through – specifics about my symptoms, what doctors said about those symptoms, good experiences, bad experiences, etc. – people would reach out and tell me about what they were going through, experiences they have had, symptoms they had experienced, treatments that had worked, and so on. Whether it was to answer a question or offer advice about something I was dealing with or how sharing my story had helped them in one way or another, there were these beautiful patient communities that could lift my spirits and answer questions about what I was experiencing. It was beautiful.

I started occasionally sharing information about lupus and chronic illness on my personal social media pages, and I was surprised at the number of people who would reach out thanking me for sharing the information. They would tell me things like “I have a friend/family member with lupus, but I don’t know much about it” or that they had no idea what lupus was and how it has affected people’s lives. And after a handful of these reactions, I realized how important it is for us (as chronic illness fighters/caretakers and loved ones of those fighting chronic illnesses) to get information out there and educate people on these diseases. There are over five million people around this world with lupus, and there are still people who have no idea what it is (I was one of them!).

And it’s not just lupus – there are so many people struggling every day with chronic illness, and the amount of people who have no idea what some of these diseases are is shameful. Could you imagine if you started talking about cancer and someone told you they didn’t know what that is? This lack of information is where misconceptions come in, where judgment comes in. Within the chronic illness community, there is always talk about the ignorance of some people who are lucky enough to not struggle, or know someone struggling, with a chronic illness. Well, this is one way to help change that…sharing facts about our illnesses and what it’s like to live with them can help change that!

And even having experienced all of that, I still believe it is so important for those of us living with these diseases to talk about it! When you keep pieces of your life bottled up and hidden from those around you, it puts a wall up and isolates you from those around you. I have never wanted lupus to define me, but – like it or not – it is a part of me and I have a need to talk about it just like I would any other part of my life. Who better to educate than those who are living it? Who better to lean on than others who wake up and face it every day, just like you do? 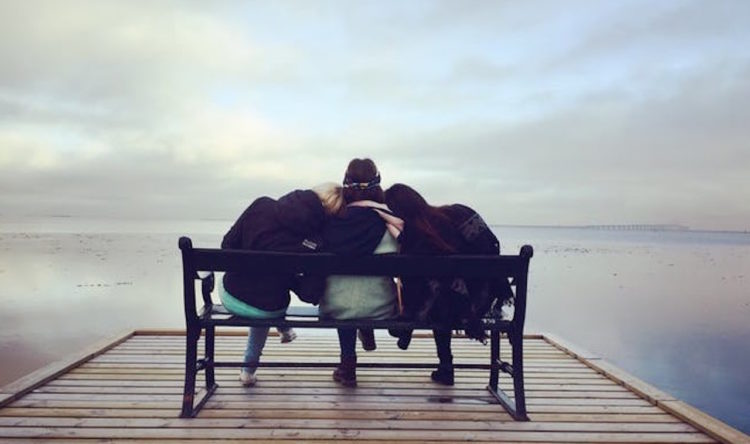 Chronic illness fighter and advocate. Owning my story and helping others along the way.

jessica-harris-13
Want more of The Mighty?
You can find even more stories on our Home page. There, you’ll also find thoughts and questions by our community.
Take Me Home