I Won’t Succeed Despite My Autoimmune Disease. I’ll Succeed Because of It.

I had mononucleosis for four months before the doctors began testing. My deterioration was quick. Within a week, my walk was reduced to a torturous hobble and my arms weighted my shoulders. I was too tired to read, too stiff to chew and swallow, and my fingers were so unyielding that they stood on edge constantly. Fevers made the pain bearable; they wrapped my body in a placating hearth, confusing my mind and alleviating my suffering.

I oftentimes refused to medicate because the fever was a welcome relief from the pulsating pangs that engulfed me. I was now a ghost of my former self, watching soap operas, with my own hair falling out of my head, one clump at a time. Rigorous medical testing ensued. Tests ruled out Lyme disease, syphilis, hepatitis, fatty liver disease, and the doctors seemed confused by my range of symptoms. As my friends began college and talked about classes, rushing and liberation, I stopped talking about medical testing, my diseased body and my addiction to watching Iron Chef when I was too weak to eat.

I finally began hoping, not for a cure, but for a diagnosis. One night, too exhausted and ill to sleep, I began reading the Merck Medicine Manual, using a pen to turn the pages. After considering my symptoms, I diagnosed myself with Systemic Lupus. After I presented my case, my internist agreed to test me for Systemic Lupus Erythematosus. The blood tests were overwhelmingly positive, but still inconclusive, since they make up only four of the 11 criteria that are used to diagnose this oftentimes-deadly disease. After further testing, I had nine out of 11… I had correctly diagnosed myself with what is often an under- and misdiagnosed disease.

My internist immediately referred me to a rheumatologist, who allowed me to schedule an appointment, despite a two-month wait-list of elderly arthritis patients. I begged for relief, and despite being lectured on the cons of corticosteroids, a devastating immunosuppressant whose side effects include an almost unavoidable weight gain, a jump of blood fats and cholesterol, a lowered immune system, acne, and what doctors have dubbed “moon face” (a distinctly round face), I asked my doctor to put me on them that night. I felt alive again. I welcomed the relief, and side effects were just that: inconveniences to an otherwise relatively normal existence.

For the first time in close to six months, I was able to close my fist, an external symbol of triumph, resolution, self-determination and power. I began a very new and different life.

This is when the real work began: physical therapy and Pilates helped me build my stamina. Lifestyle changes followed: no more sunlight, learning to listen to my body, learning to ask for help and eventually being able to listen, adapt and act on behalf of a community of young women yearning for emancipation from pain and for the healing power of health. I started school at the University of Southern California, still on steroids and other immunosuppressant drugs, determined to be a healthy advocate and example for other people temporarily trapped by their autoimmune disorders.

I began working with the Minority Affairs branch of Student Senate, promoting the often-underrepresented Students-with-Disabilities cause. I helped revamp the university policy on disabled students by allowing physically handicapped people to change their class schedules to be more accommodating to their specific disadvantage. Additionally, I began speaking to various university communities about women with chronic autoimmune disorders. I helped to plan a citywide walk in LA to raise awareness and funds for charity. In law school, I wrote about exploring both current law of the chronically ill and disabled in higher education, and explored and proposed new policy that would allow students to complete their degrees with dignity.

I love helping others and speaking about personal power in pain. Through struggle and even more profound triumph, I found my passion. When I found my voice, I realized that I wanted to dedicate my life to giving a voice to those deprived of theirs, to give a hand to those still too stiff to form a fist, and to be the support to those still too weak to be their own backbone.

Earning my law degree and teaching degree are tools that I needed to fulfill my life dream and continue to be an example of energy in a community that is often drained. Through my work, I am able to show that people with disabilities have the power to make a difference. Although I still sometimes walk with a limp, my life since diagnosis has been filled with energy and ambition, and I know that I can continue to succeed, not despite being a woman with lupus, but because of it. 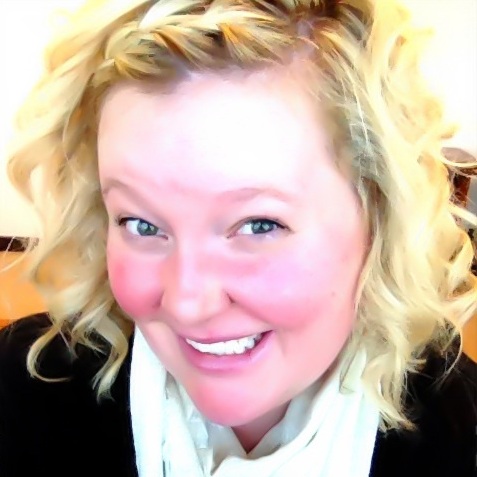 Katie Schellenberg is a holistic advocate for students with exceptionalities. A magna cum laude USC graduate herself, Katie is the CEO and founder of BeyondTutoring.com, an educational blog, and Learning Lab LA, a concierge and academic advocacy firm that attempts to create and cultivate lifelong success through learning. Katie also attended UCLA law school and USC Rossier School of Education for her Masters degree in Teaching. Additionally, Katie is a member of the California State Bar. She is passionate about learning and education. Katie has successfully and comprehensively advocated for students at all levels of education, tutoring the underserved immigrant population to become United States citizens, among other worthwhile goals.