How Travel Planning Changes With Lupus

Traveling is one of my greatest passions. From the very first moment I set foot overseas, I was hooked. I love the culture shock and being thrust into a world that’s completely unlike anything I’ve ever known. But traveling with a chronic illness is potentially dangerous on so many different levels, and never again will it be as easy as it once was when I was healthy.

There are so many “what ifs” involved in traveling with an illness like lupus, especially for the newly diagnosed like me. I don’t know what to expect on a daily basis, let alone when I’m completely out of my comfort zone in a foreign country with no safety nets whatsoever.

What if something goes horribly wrong while I’m traveling? What if my health starts to rapidly decline without warning? What if I present with symptoms I’ve never seen before?

I know traveling is risky, but whether I do it now or later in my life doesn’t matter. The risk will remain. The difference between traveling now or in 20 years is that I’m likely to have a much better understanding of my illness later in life. But that’s all that I know for certain.

I don’t know how fatigue will affect me in the future or if traveling will even be possible due to other complications. The time is now while I know I can.

The path to boarding the plane was arduous. Packing for an extended period of time is tricky in the best of times, but throw in a chronic illness and it’s headache-worthy. My greatest worry was medication. Though my condition is constantly improving, the medications I take daily — especially the immunosuppressants — are the only thing standing between me and a serious downward spiral in my health.

Ultimately, I couldn’t risk tempting fate. I’ve packed two months worth of medication so that unless I somehow manage to lose my luggage and have my carry-on stolen, I will always have at least a month’s supply on me. At the end of the day, I have to take the safest option as it’s not like choosing to leave a pair of shoes at home. I’m potentially playing with my health, and it’s just not worth leaving it to chance.

I have to admit sitting on the plane that part of me is terrified. This is not going to be like any other trip overseas, and I already knew it would be so much more difficult. I have to take my energy levels and fatigue into account, making sure to always listen to my body. I need to protect myself from the sun and make sure to take care of my photosensitive skin. And don’t even get me started on how stressed I am about trying to maintain my low-sodium diet through Europe! 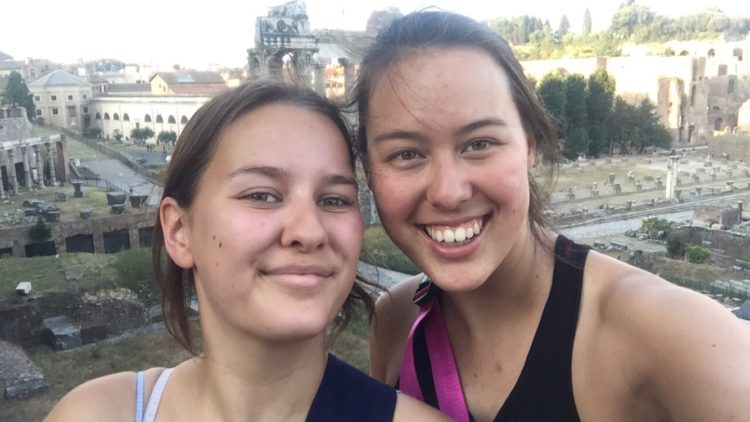 But at the same time, after all I’ve been through in the last year, I know all of the hardship will mean this trip will be that much better — and that much more memorable. Although I know many people are worried about me, I needed this trip, and nothing was going to stop me from going. In the last 12 months, I faced personal hell with my health and I deserve the chance to chase a passion, the chance to have something good for the first time in a while.

I can’t ever escape lupus; it’ll follow me everywhere I go and make certain my life is never easy. But that won’t stop me. If it’s wrong to take risks, then I’ll live my entire life incorrectly because difficult doesn’t mean impossible. If there’s ever a chance, I want to take it — despite lupus!

Australian writer, surfer, barista and university student studying an Arts/Science Degree in Philosophy/Mathematical Modelling. Deeply passionate about salt water in all forms, amazing coffee – even though she’s not allowed to drink it – and above all else traveling the world: one country at a time! Quirky by choice, inquisitive by nature and above all else: smiling, always!