You don’t know me, but I am a student like and unlike so many of the students you deal with on a daily basis. Currently, I’m waiting to finish my senior year of college. I completed two years at my local community college, graduating with an Associate of Arts degree, then transferred to Grand Valley State University. I studied there for the 2014-2015 school year with plans to return in the fall and graduate in the spring with a degree in creative writing. However, the best laid schemes of well-meaning students often go awry.

I am going to tell you the abbreviated version of the last two years of my life, but before I begin, I want you to know why I’m telling you this story. February 28 is Rare Disease Day, an international event that began 10 years ago in Europe and has since traveled to 80 countries, including the United States. While it is a large event, spanning continents, I’ve found that few people have ever heard of it. This does not surprise me. I have learned, outside the halls of traditional teaching, that most of the world doesn’t know about things until those things directly impact them. Two years ago, I had never heard of Rare Disease Day – and I likely wouldn’t have cared even if I had known. But a lot can change in two years, including one’s desire to speak up and be bold about things that matter.

I had not expected to miss the next year of school.

I have a condition called postural orthostatic tachycardia syndrome. I was diagnosed when I was 15 years old, after 15 months of excruciating stomach pains and fatigue. After receiving my diagnosis, I was able to adjust my life to fit the demands of POTS – more water, more salt, smaller and more frequent meals… The stomachaches subsided (but did not, I realized later, completely desist), and I was able to function again. I finished high school and my first two years of college without having to tell anyone about POTS. Nobody needed to know it existed.

But after the car accident, literally every aspect of my life changed. I had to inform every professor that I was ill and struggling and I probably wouldn’t but potentially could pass out in class. I struggled to walk across campus, and attending extracurricular activities was almost impossible. I explained POTS to what felt like a thousand people a thousand times, but no one understood it. No one could understand it. One friend came close – she saw me on my worst day, directly after the accident, because my mother contacted her through Facebook and essentially asked her to babysit me. I was that bad.

And it never got better. No matter which medications we tried, what lifestyle changes I implemented, how much physical therapy I went to, nothing got better. In fact, it actually got worse. By January of 2016, my doctors were at a loss and sent me to the place I was originally diagnosed: Mayo Clinic. The trip was two weeks long, filled with horrible tests and memories that still make me cringe. It was also filled with the greatest blessing I would never have thought to ask for: a young woman named Makanda, who had been sick with debilitating and undiagnosed gastrointestinal issues for two and a half years. I met her while our moms did laundry. She had an NJ tube in at the time. In 10 minutes I was sitting on her lap.

We were instant best friends, and we stayed in touch even after we returned to our homes on opposite sides of the country. We texted as much as we could, but as time passed the texts became less frequent – not because we were growing apart, but because our conditions were growing worse. Makanda was rapidly deteriorating, unable to tolerate oral intake or tube feeds; I was rapidly deteriorating, too exhausted to do basic chores and barely able to eat. My debilitating stomachaches had returned, and with greater fury than ever before. I survived on chocolates and caramels for months, simply trying to consume enough calories to function. I barely did that.

When fall came around, I realized I had dropped four pant sizes.

Something was very wrong with both of us.

Finally, because my mother pushed our local doctors hard, my GI ordered an ultrasound of my stomach to check my blood flow before, during and after eating.

The tech performing the test found something completely different.

Median arcuate ligament syndrome – MALS. A diagnosis my GI had never given, and one my PCP had never heard. We Googled it in her office at my next appointment. It is a congenital anatomical anomaly found in 10-25 percent of the population. Of that, one percent will experience symptoms. It is caused by the diaphragm resting too low inside the abdominal cavity. This causes the median arcuate ligament to compress the celiac artery and a bundle of nerves called the celiac ganglion, which then causes pain, nausea, fatigue, constipation or diarrhea and weight loss.

We had finally found the answer.

I will spare you the unpleasant and, frankly, heartbreaking details of my second trip to the Mayo Clinic (suffice it to say they told me I suffered from “chronic abdominal pain,” which was another way of telling me it was “all in my head”) and skip to my trip all the way to Connecticut, where I met a leading MALS specialist – the surgeon who could help me.

The surgeon who did help me.

On November 16, 2016, I underwent an open abdominal surgery with the hopes that, afterwards, I would be able to eat again. The surgery was intense and invasive (and right around my aorta), so recovery is long and hard–but the pain I had before is gone. I’m not perfectly “cured” or “healed,” but I’m hopeful, and sometimes that’s just as good.

The story gets better, though. My mother is a research junkie, especially when it comes to rare medical diagnoses. She devoured any and all information she could find about MALS – and the more she read, the more she thought of Makanda. 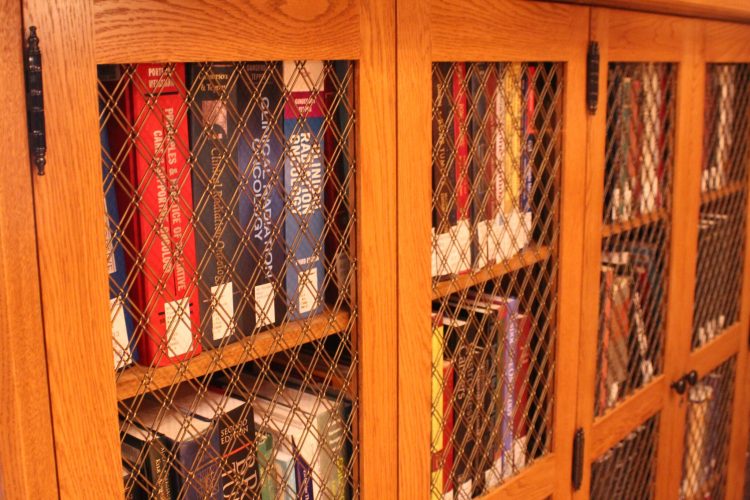 On December 5, 2016, Makanda had her surgery. Mom and I stayed in Connecticut to be with Makanda and her parents, and never have you seen two 20-something girls more excited about donuts and the imminent threat of scalpels.

Today, Makanda is slowly putting on weight. She’s tolerating both oral intake and tube feeds. She’s getting her life back.

I’m writing all this because MALS is considered a rare disease – but the further I go into this world of sickness and struggling, the more I see how common it is. Millions of people are afflicted by thousands of rare diseases – and while each disease on its own may be rare and have only a small number of patients, all of them together encompass a vast population that outnumbers AIDS and cancer patients combined. But it is a population that is often overlooked by the medical community and ignored by the rest of society.

That’s what Rare Disease Day is all about.

Rare Disease Day is February 28, so I know it’s still many months away, but I wanted to let you know anyway, because this is something near and dear to my heart. Rare diseases affect many of my friends, and I want to make their voices heard as well as my own. I’ve known from childhood that I wanted to write when I grew up – I knew God gave me a voice and a knack for stringing words and sentences together. I always thought I would write fiction, and I still believe I will – but my own story is more compelling than anything I could ever come up with. It’s a story I want to tell people, because I believe it is important – and I believe it can change people’s lives. Since my own diagnosis, my primary care provider has diagnosed two more of her patients with MALS. According to the statistics, there are still six residents of my hometown waiting to be diagnosed. I would tell my story a thousand times just for those six – but I know already it is helping so many more.

In conclusion, I ask you to simply keep Rare Disease Day tucked somewhere in the back of your mind. I ask that, when next year rolls around, you mark it on your event calendar with a special lecture or a bake sale – proceeds to benefit NORD, Global Genes or Rare Disease Day itself. I ask that you keep in mind your students who are struggling with their own rare diseases. All I ask is that you simply remember.

Thank you so much for your time and attention,

Vanessa is a writer, comic artist, and chronic illness advocate who spends most of her time being righteously indignant over various chronic illness-related issues. When she's not ranting about things like accessibility or representation, she enjoys making ridiculous jokes and talking to her dogs as if they can understand her.

vanessa-matelski
Want more of The Mighty?
You can find even more stories on our Home page. There, you’ll also find thoughts and questions by our community.
Take Me Home