Have you ever tried standing in a tunnel and having someone talk to you from the other end? Better yet, when you were a kid did you ever make those “telephones” out of plastic cups and string and then talk to your friends on them? Or maybe you’ve put ear plugs in and gone swimming, then talked to someone once you reached the surface, but still had the plugs in? Maybe this one even, have you ever had earbuds in and tried to have a short conversation with someone? This is what my life is like with Meniere’s disease. I’m a woman trying to have a fulfilling life while stranded in the middle of a tunnel with egg cartons on the walls to muffle the sound even more.

Per the Mayo Clinic’s website, Meniere’s disease is a disorder of the inner ear that causes vertigo (spinning sensations), a feeling of fullness or pressure in the ear, tinnitus (ringing in the ear), and fluctuating hearing loss with the possible onset of permanent hearing loss after some times of having the disease. There are a myriad of reasons that someone might be diagnosed with Meniere’s Disease, though it is a rare disorder. My reason appears to be an abnormal immune response.

There is a saying within the medical community that if you have one autoimmune disorder you are more likely at risk for having another one, that is what my case is. It is also common for Meniere’s to only effect one ear, though I happen to be one of the lucky ones who are effected bilaterally, that is to say that both of my ears like to turn the volume off in the middle of my favorite show.

For me, living with Meniere’s is like living with my head under my pillow while on a tilt-a-whirl and listening to the the Smurf’s play “Jingle Bells.” It is an odd sensation to feel like my head has been placed underwater without plugging my ears first. That happens to me more times than not and for the duration I feel as if I have been pressurized in an airplane and can’t pop my ears, the vertigo and ringing follow closely afterwards. I find myself wishing I could change the Pandora channel in my head, the feedback is unbearable, while simultaneously placing my foot on the ground in an attempt to stop the world from spinning. All of this is episodic and I have no control over where and when these things might happen. For the most part the duration is short, the sudden deafness that follows the ringing can last up to an hour or so, and only stops my day for little bits of time. While these episodes may not be too bothersome at the moment, the understanding that each one may be causing permanent damage to my ears doesn’t escape me. 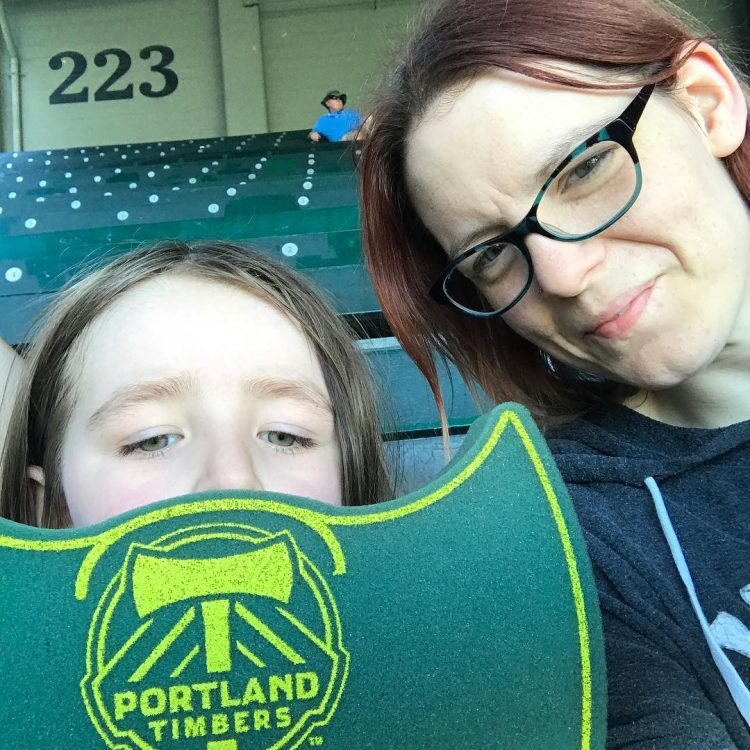 There are medications that can help lessen the effects of fluctuating inner ear fluid, which is honestly what seems to be the biggest culprit in all of this, but they aren’t a cure. There are low sodium diets that help control the amount of fluid retention in the body and thusly the ear, but again, that isn’t a cure. There is no cure so no matter how hard I try to follow my doctor’s orders, I will still have deterioration of hearing, my balance will be off, and I will continue to feel like I’m listening to people through a paper towel roll. But the strangest thing to me in all of this is the fact that it doesn’t bother me anymore.

I know what to expect, I know how to minimize the symptoms and hopefully the damage, and in the meantime I get one more excuse to hang out with my kid and play all of the loud games he wants to play. Some day I may only hear muffled laughter from him and have to ask him to repeat himself with a little more volume, but that day isn’t today. So please excuse me, but I hear him laughing in the other room and I don’t want to miss a minute of it.

I'm just a wannabe writer who happens to have a sense of humor about nearly every aspect of life. Having a disability and having a son with a disability has put me in an interesting place in my writing process. I now write more about my day to day life than I do my fiction but I'm okay with that.

lyvonne-pfeffer
Want more of The Mighty?
You can find even more stories on our Home page. There, you’ll also find thoughts and questions by our community.
Take Me Home