According to the American Foundation for Suicide Prevention, the suicide rate has been about 4 times higher among men than among women for years now. Yet, men are still less likely than women to seek help for mental health issues.

Here are some messages you or a man in your life might need to hear:

2. “I found that with depression one of the most important things you could realize is that you’re not alone. You’re not the first to go through it. I wish I had someone at that time who could just pull me aside and [say], ‘Hey, it’s going to be OK.’” — Dwayne “The Rock” Johnson, on “Master Class” 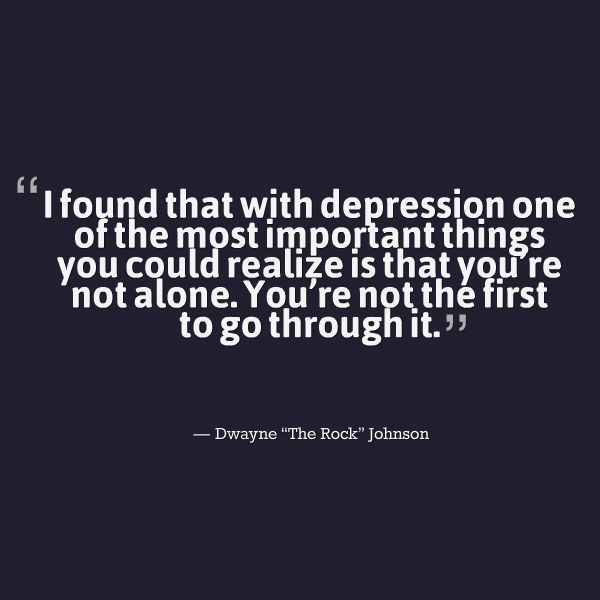 On #InternationalMensDay, why not stop telling boys to "man up", when what you really mean is "deny your feelings till they kill you"?

5. “To combat depression, you must get help. Asking for help is strong because it leads directly to staying alive, which is our goal. Not asking for help is as fear-based a decision as a human being can make and can lead you swiftly in a bad direction.” — Rob Delaney, comedian, in “Prevention.” 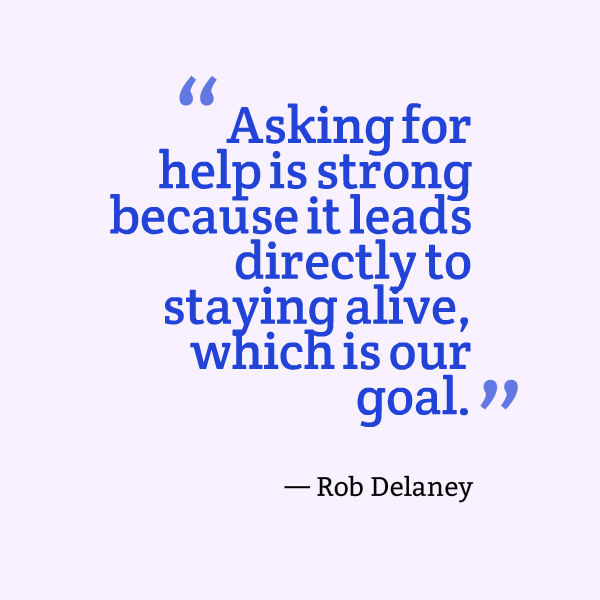 The stats speak for themselves. If you feel shit, talk to someone about it. No shame in it. #InternationalMensDay pic.twitter.com/VhSyRpW0X9

7. “1 out of 4 of us are affected by mental illness at some point in our lives, yet near two-thirds of us will never seek help — especially men. We pride outselves on courage and the ability to never show weakness, but mental health touches us all.” — Brandon Marshall, NFL player, in a Bring Change 2 Mind PSA. 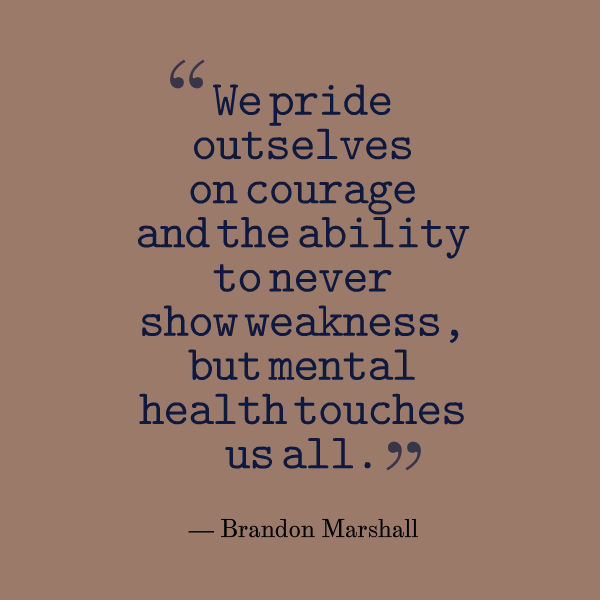 Everybody should be treated equally when it comes to mental health, and nobody should suffer in silence. #InternationalMensDay 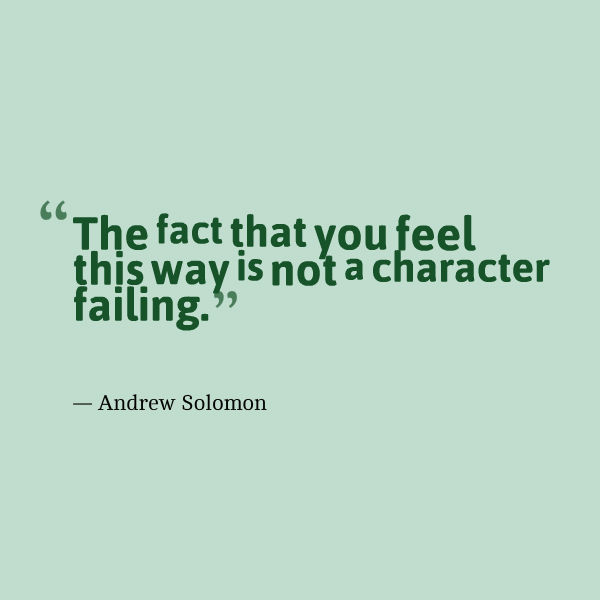 Mental health issues, emotions and traumatic events don't make you any less of a man.
Your problems matter.#InternationalMensDay

#InternationalMensDay mental health affects men just as much as women. Mental health problems are not weakness or taboo. It's OK to talk. 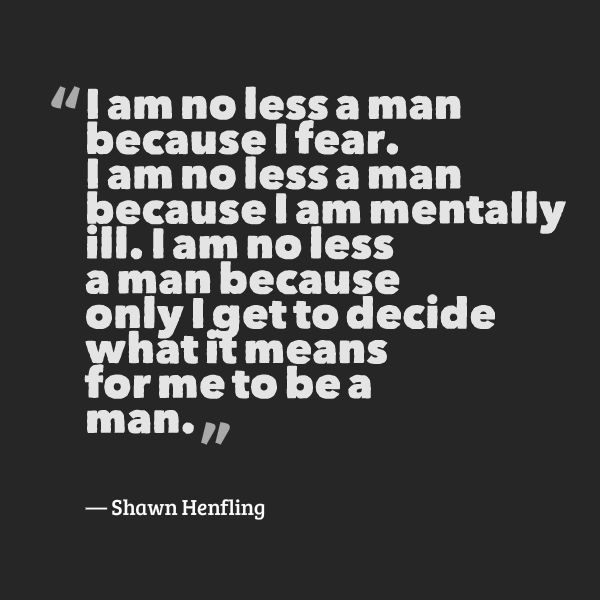 If you or someone you know needs help, please visit the National Suicide Prevention Lifeline. You can also reach the Crisis Text Line by texting “START” to 741-741. Head here for a list of crisis centers around the world.

The Crisis Text Line is looking for volunteers! If you’re interesting in becoming a Crisis Counselor, you can learn more information here.