Why J.K. Rowling Is Wrong About the Phrase 'People Who Menstruate'

‘People who menstruate.’ I’m sure there used to be a word for those people. Someone help me out. Wumben? Wimpund? Woodmud?  – J.K. Rowling

The morning after J.K. Rowling sent this tweet I woke up to an overflowing inbox.

“Have you seen this?”

“I’m so disappointed in her.”

“You need to talk about this.”

So I went searching for what she had said and I found those sarcastic remarks, posted for 14 million followers to see. I was angry. I was disappointed. I was even a little bit shocked. Rowling had liked transphobic tweets in the past, but this was the first time I had seen her been so blatant in her exclusionary views. She chose the start of Pride Month, the middle of a pandemic and the height of the Black Lives Matter movement to release a statement mocking gender-inclusive language. I feel like her priorities might be a little misplaced.

This is a renowned author with the mental capacity to create worlds filled with wizards and witchcraft. Who wrote stories with lessons woven into them about accepting people who are different and fighting against prejudice. And who now, in 2020, cannot come to terms with the phrase “people who menstruate.”

Why should we respect and embrace phrases like “people who menstruate”?

When we solely use women to describe people who experience periods, we exclude everyone who doesn’t identify as a woman from the conversation. I’m very familiar with how that exclusion feels and the consequences it can have. 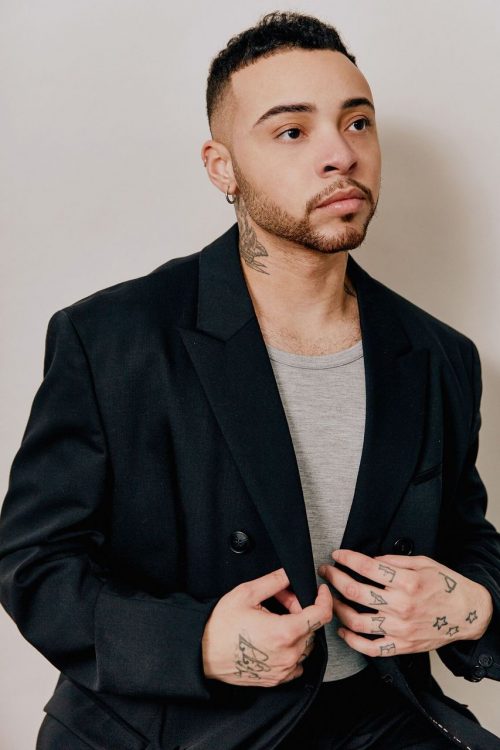 I am a man, I am trans and I sometimes experience periods.

Growing up, periods were my biggest personal struggle. I mean the pain, the bleeding — that sucked. But the most painful part was the internal shame I felt knowing what was happening to my body was something the world only associates with women and girls.

Every scientific study explaining the biology of menstrual cycles, every bit of advertising for period-related products, every piece of language I had ever seen or heard reinforced one thing: boys don’t have periods. I’d known I didn’t feel like a girl long before I ever experienced periods, but I didn’t have any other way of seeing what was happening to my body outside of that one, gendered angle. I felt alienated, isolated. A bodily function that I had no control over caused me to be in conflict with my identity as a man, all because of society’s language and viewpoint on periods.

Although this tweet was very disheartening for me as a trans man, there are plenty of other people who benefit from gender-inclusive language being used when it comes to the period conversation. In fact, linking womanhood so closely with menstruation becomes problematic when you realize how many cisgender women don’t experience periods, and who are no less woman because of it.

There are many reasons why cis women may not experience periods, pregnancy and menopause being the main two, but there are also multiple health conditions that might cause menstruation to stop: endometriosis, hormonal medications, women who have an extremely low body fat percentage due to illness or eating disorders. I recently learned about a condition called MRHK, which is characterized by being born without a vagina or uterus (or underdevelopment of). None of the women who experience these things are any less of a woman, since the only real requirement of being a woman is identifying as one.

Rowling’s argument, like many other trans-exclusionary arguments before hers, is that making space for gender inclusivity takes away her ability to speak about her experience as a cis woman. As if validating one person’s identity completely wipes hers away. What Rowling doesn’t seem to understand is that there is not a limited amount of space when it comes to talking about our experiences of gender. There is room to include many perspectives that are different from our own, and although our experiences might not be the same, that doesn’t mean they don’t both belong in the conversation.

My experience of periods as a trans man is different to that of a cis woman’s experience of periods, but they are both experiences of periods that deserve to be recognized and heard. In order to do that, we need to have the language available to do so. Phrases such as “people who menstruate” might seem like something to make fun of for JK Rowling, but for me and my community, it is a small way of being reassured that we are thought of. When I’ve spent most of my life not being thought of at all.

If something as simple as changing the language we use has the power to include everyone — why wouldn’t we adapt to it?

And to all the trans individuals who were disheartened by her remarks: please don’t allow people to tell you what bodily functions you should or shouldn’t experience, or what those bodily functions mean for your gender. Nobody else determines your gender — you do.

If you or someone you know is feeling hopeless or suicidal, contact The Trevor Project’s TrevorLifeline 24/7 at 1-866-488-7386. Counseling is also available 24/7 via chat every day at TheTrevorProject.org/Help, or by texting 678-678. You can also find more resources below:

He’s best known for his lead role in Pink Parcels IM ON campaign, in which he made history by being the first trans man to front a period campaign. His activism is focused on menstruation, body politics, mental health and intimacy. You can also catch him breaking boundaries in the fashion world, being the shortest man on the runway for the likes of DB Berdan and JACAMO.

kennyethanjones
Want more of The Mighty?
You can find even more stories on our Home page. There, you’ll also find thoughts and questions by our community.
Take Me Home